Police in Connecticut are on the hunt Wednesday for a suspect accused of assaulting and killing a UPS truck driver.

The fugitive, 19-year-old Elijah David Bertrand, was identified as the victim’s co-worker and investigators said he apparently was riding in the same vehicle Tuesday night when the attack occurred in Watertown.

"If you see this individual, we’re asking you to avoid making contact," Connecticut State Police Trooper Josue Dorelus told reporters Wednesday during a news conference, adding that Bertrand is considered dangerous. He urged anybody who knows his whereabouts to contact the police. 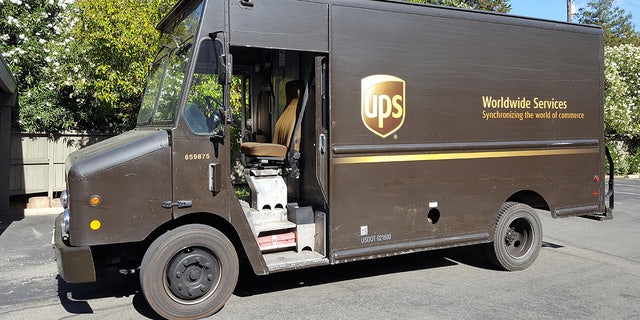 The suspect accused of assaulting and killing a UPS truck driver in Connecticut is the man’s co-worker, investigators said. (iStock)
(iStock)

Connecticut State Police said they were first called to Watertown late last night for "what was initially reported as a motor vehicle accident involving a UPS shipping truck."

"Upon the arrival of Troopers, the driver of the truck was located and it was soon discovered that he was the victim of an assault," the agency wrote in a press release.

The motive for the attack remains unclear, but police said Bertrand – whom they described as a White male around 5 feet 7 inches tall with blue eyes – fled the scene.

"We are asking members of the public to remain vigilant," the press release added.

First responders took the victim to a local hospital, where he "later succumbed to injuries sustained during the course of the assault," police said.

A weapon also was recovered at the scene, according to Dorelus.

Connecticut State Police did not identify the driver. The nature of his injuries wasn't clear and an autopsy was to determine the cause and manner of death.

"We are deeply saddened by the loss of our colleague, and are cooperating with the investigation," UPS spokesperson Matthew O’Connor said.