They couldn’t “bear” not to.

The annual New Year’s Day “Polar Bears” swim off of Coney Island had been officially canceled Friday, but that didn’t stop a couple hundred renegade die-hards from stripping to their bathing suits and taking the plunge.

“A lot of things I normally do every year got canceled — the Mermaid parade, baseball, all the s–t we normally do that’s traditional,” explained Chris Geiger, 45, who traveled from Glendale to jump into the nippy, 50-degree Farenheit Atlantic waters.

“This is actually safer than it’s ever been. Normally, it’s so packed you can’t even walk on the beach. This is nice. This is a lot better than normal.”

The Coney Island Polar Bear Club had announced in November they were nixing the event due to coronavirus concerns, so the 200 to 300 people who took the plunge had no permit and violated city rules banning swimming without a lifeguard rules.

Still, they maintained social distancing and spread their frigid frolicking out over the space of a few blocks and several hours.

“It was breathtaking,” Rachael Pollina, 39, of Ridgewood, told The Post.

“I think we just knew we were going to do it anyway because we love it, and honestly, canceling it brought way less than a crowd. So I think it’s actually safer.”

Typically, thousands of people do the dunking as thousands more watch, organizers have said.

But Friday, only about 200 spectators lined the boardwalk or stepped out onto the sand to see the pared-down event.

Among them were a trio of NYPD officers, one of whom shrugged when asked about the apparent violation of no-swimming rules. When a Post reporter pressed, “The crowd’s too big? You can’t arrest everyone?” the cop answered, “Exactly.”

A 35-year-old rapper from Coney Island who goes by the name Gorilla Nems called the annual rite a “baptism.”

“The Polar Bears aren’t able to do it officially because of Coronavirus, so we’re here to show that we’re New York strong, and no no matter what obstacles come towards us, we get over that. We persevere through it because that’s what we are. We’re New Yorkers.”

A 21-year-old rapper from Flatbush, who goes by Danse, agreed. 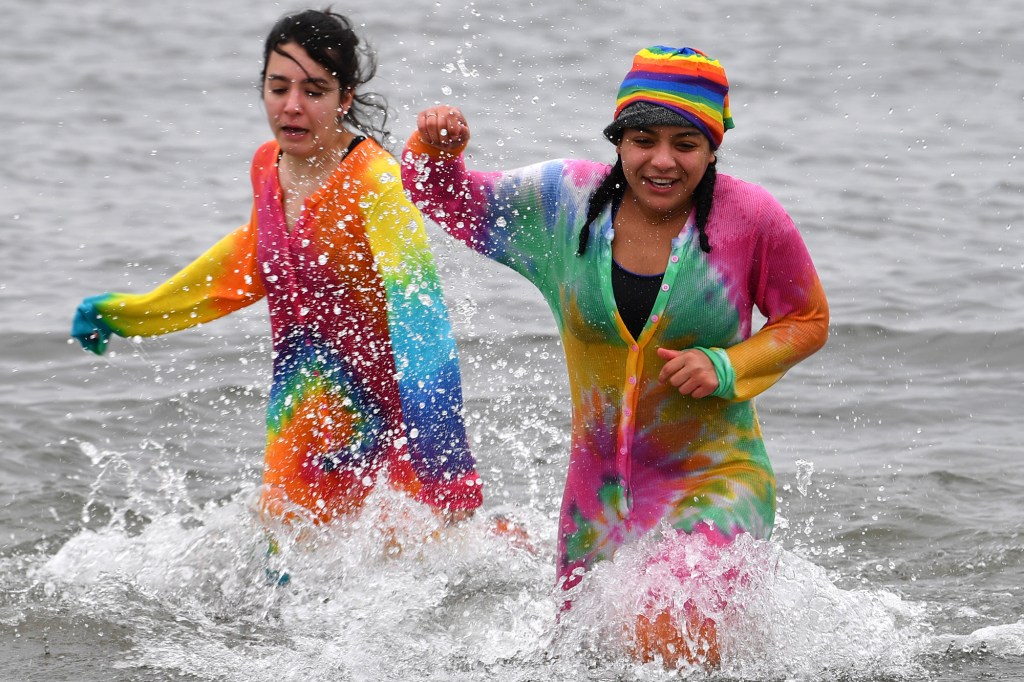 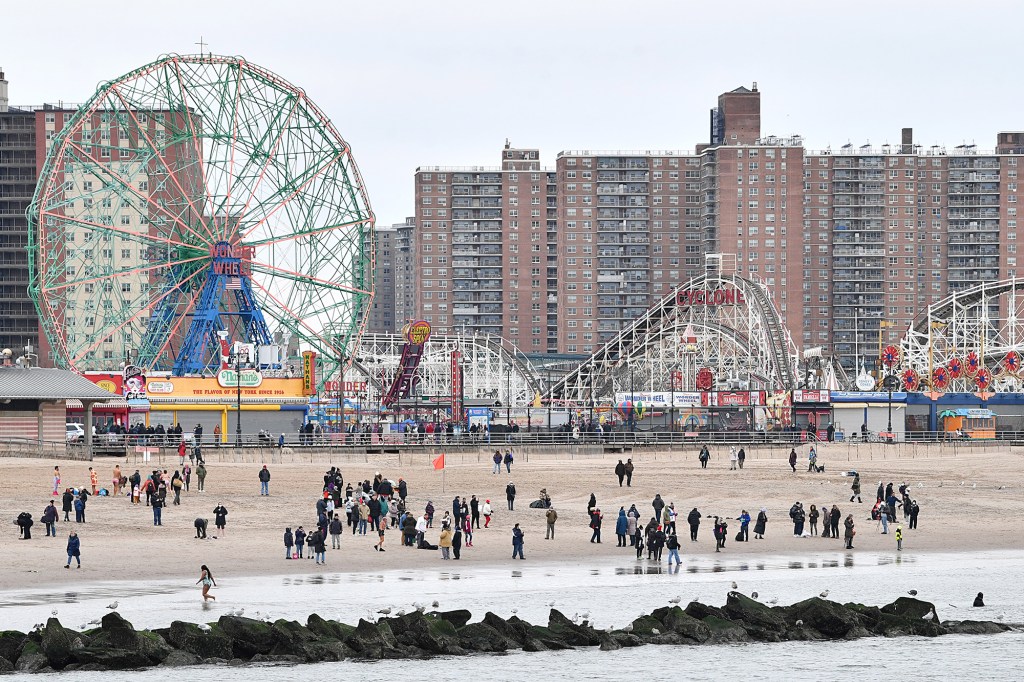 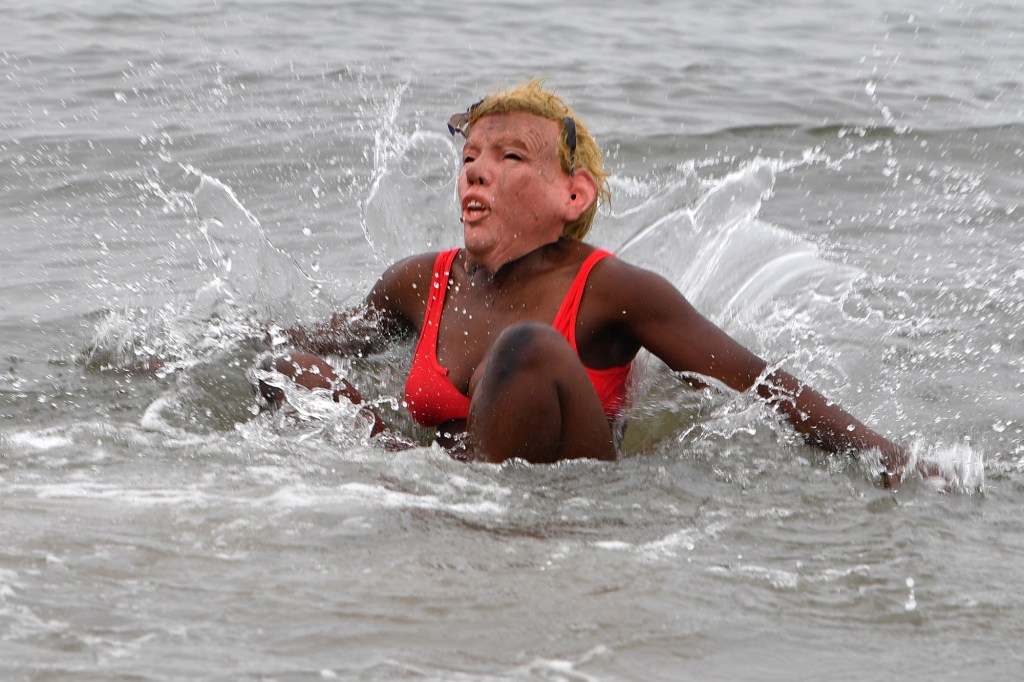 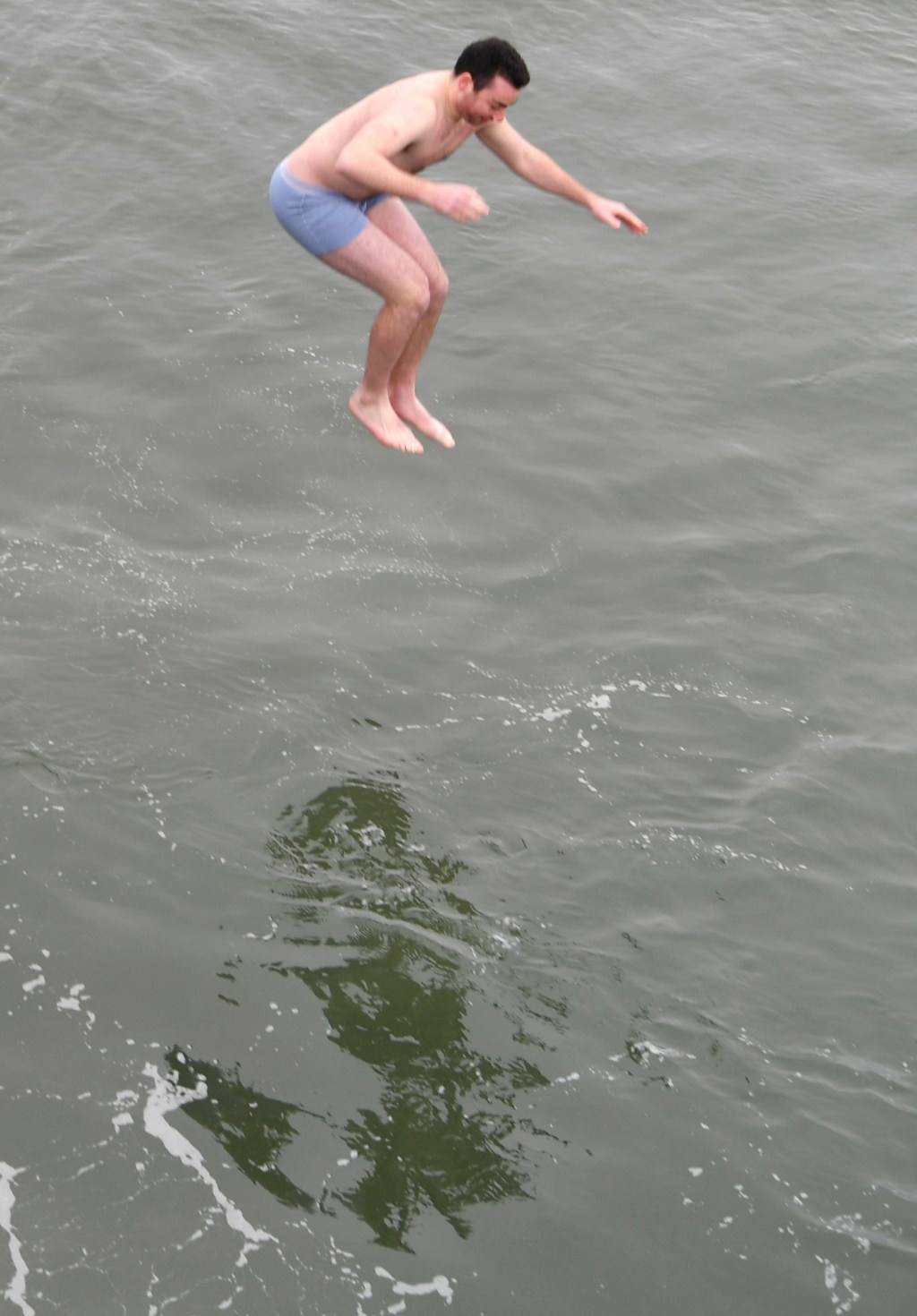 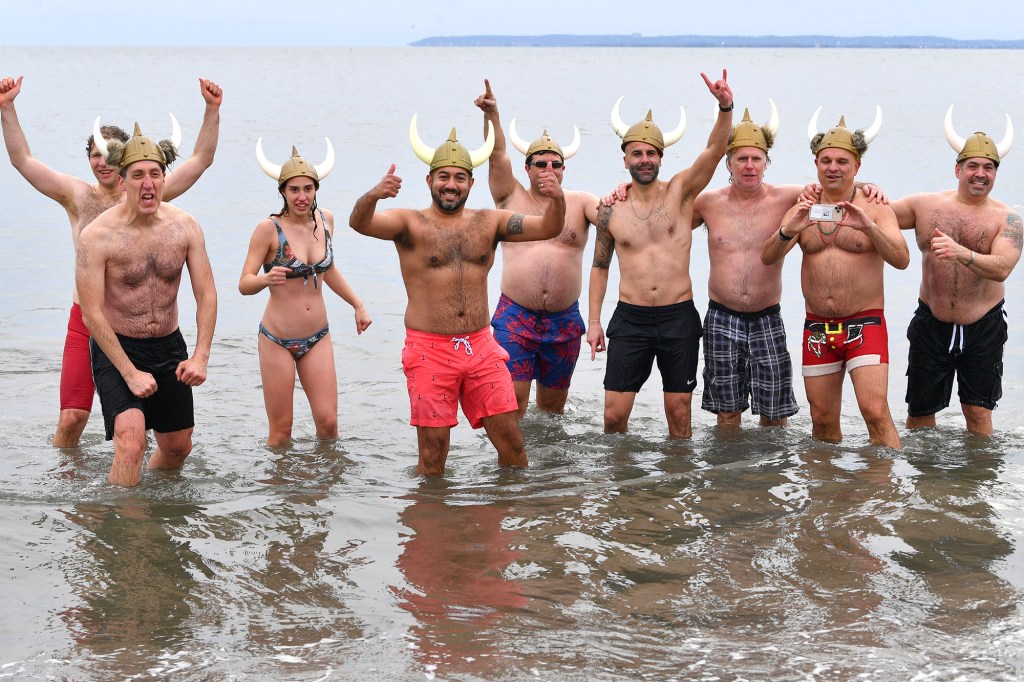 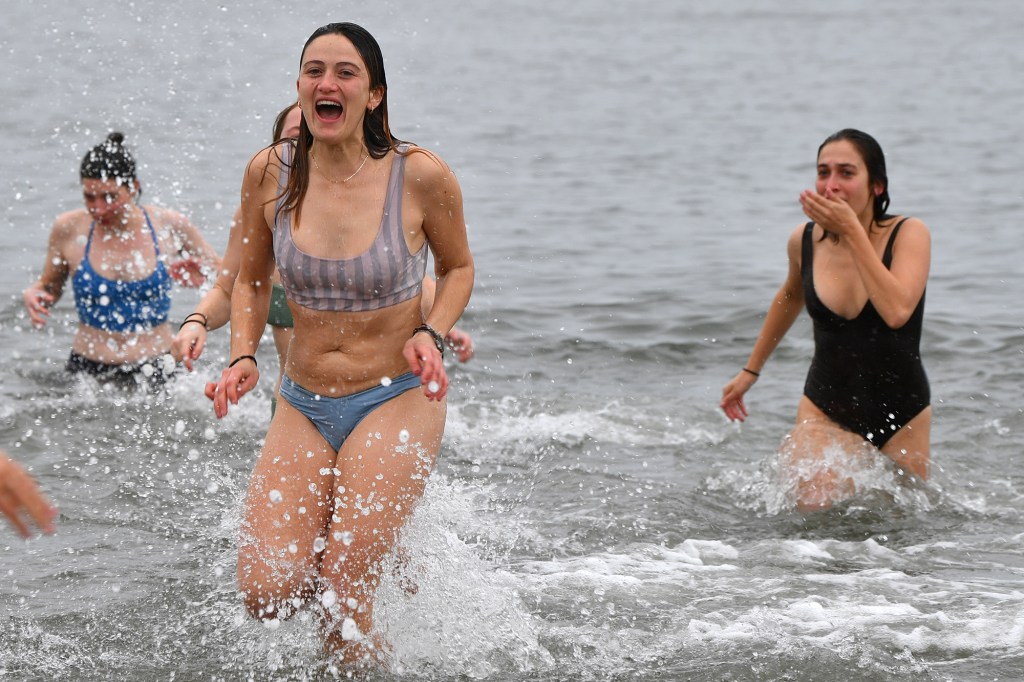 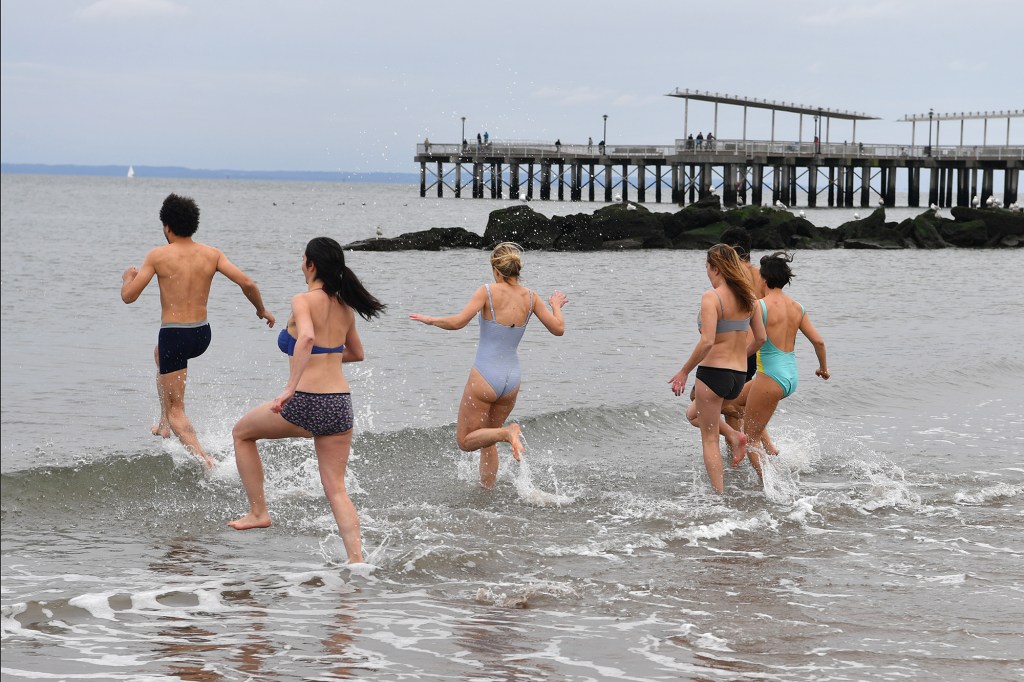 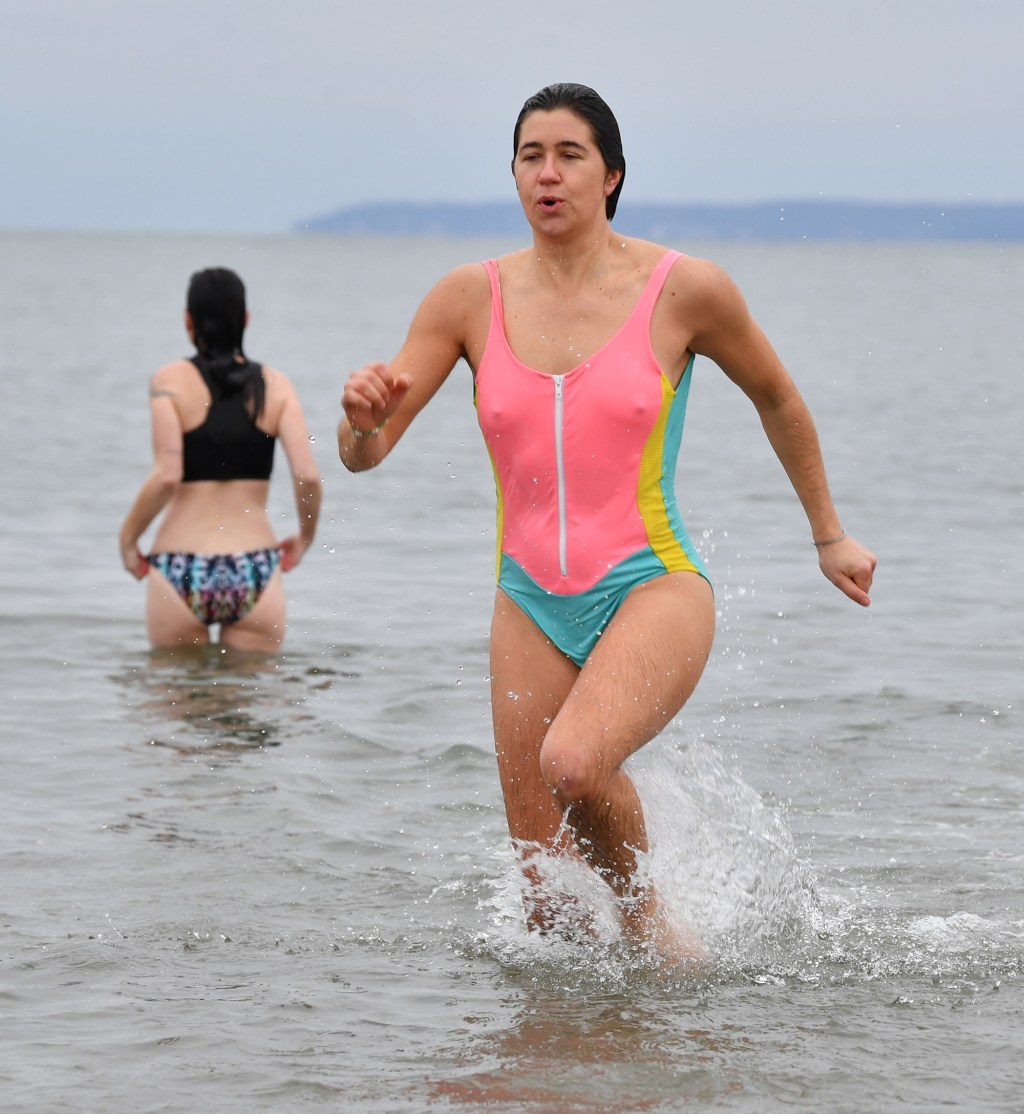 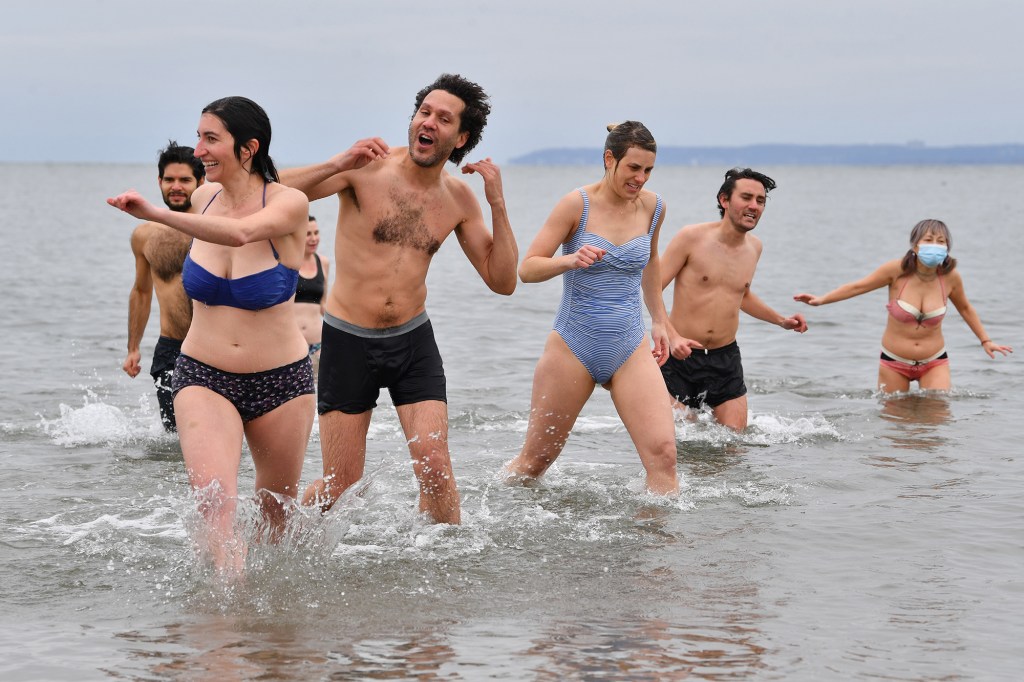