A brief commotion broke out during Washington, D.C.’s “Capital Pride” parade after revelers heard what they took to be gunshots, but city officials said it was a false alarm.

There were minor injuries “due to reports of a shooting,” Mayor Muriel Bowser said in a post on Twitter. “There were no shots fired, and there is no active threat.”

Kevin Donahue, the deputy mayor for public safety, tweeted: “There are injuries from people running from what they thought were gunshots. But there is NO ACTIVE SHOOTER at Dupont Circle.”

Seven people were transported to area hospitals with non-life threatening injuries sustained while running from the scene, authorities said. Others were treated on scene for minor injuries.

“Loud pops near Dupont Circle sent people running and screaming a few moments ago,” Tom Roussey of Washington ABC affiliate WJLA, who was at the scene, said in post on Twitter. He said the incident caused the event to end sooner than expected.

An adult male was later arrested on a charge of gun possession charge, though there was no evidence that any shots had been fired, local ABC affiliate WJLA reported. 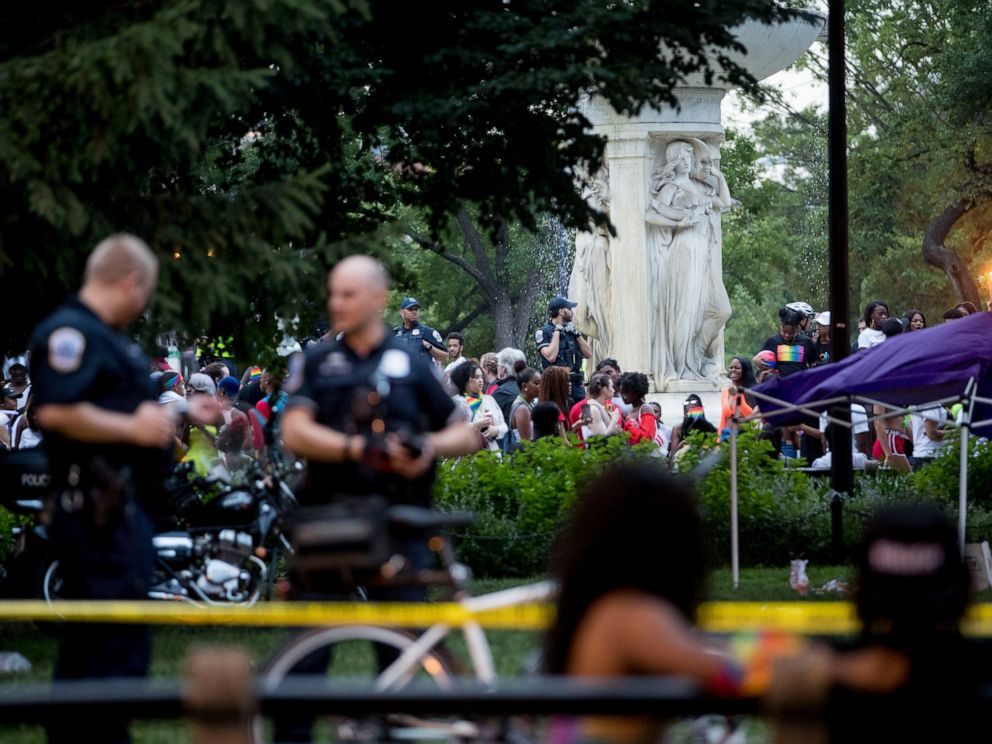 “I am no expert on guns; I know virtually nothing about them, but what I know is that I heard a sound that sounded like a gun,” eyewitness Delany Young told ABC News. Young said and others fled to a nearby restaurant, where many people packed inside.

Young added, “It sounded semi-automatic and it was absolutely terrifying to the point that people were stacking bodies on top of each other and handing babies off for the sake of protecting them.”

A female was also arrested in an unrelated incident, WJLA reported.

The commotion occurred near DuPont Circle.

The incident comes in the wake of several violent incidents, as a month of LGBT pride events kick off around the world. 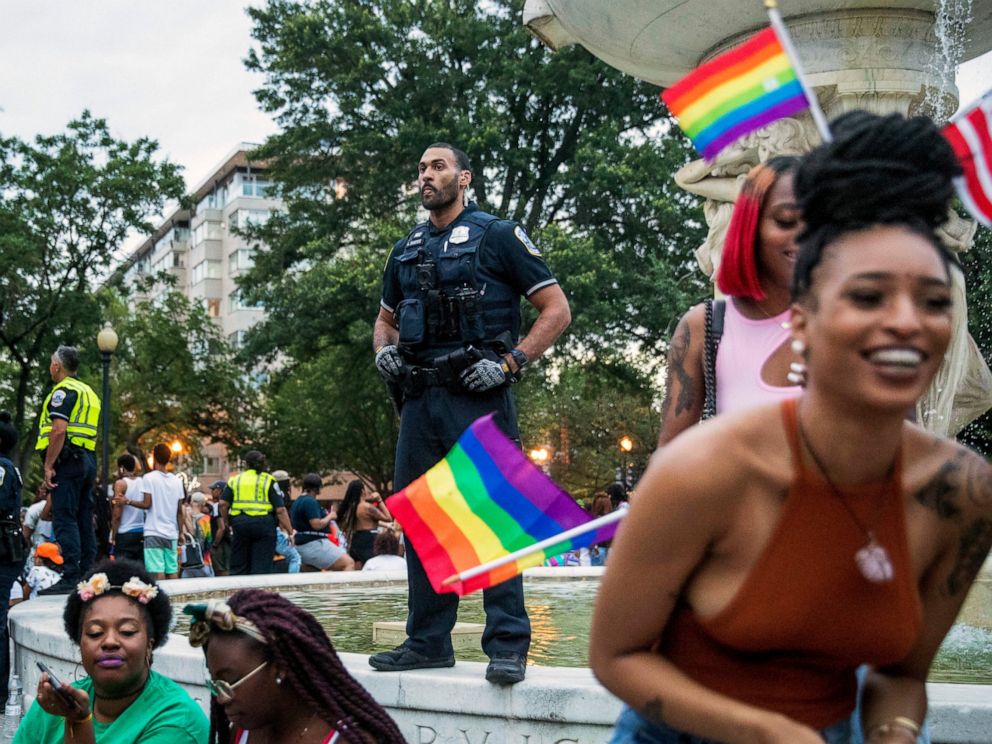 Last week, a lesbian couple was assaulted on a London bus.

Following the incident people took to social media to recall the terrifying incident and share videos of dozens of people fleeing the scene. Others took the opportunity to reflect on the sense of shared vulnerability.

“Even if it turns out no shots were fired at #dcpride that doesn’t mean real trauma didn’t just occur,” Twitter user Emily C. Heath said in a post on the plkatform. “More LGBTQ people live in fear of something like this happening every day. To run because you think your life is in danger is traumatic.”