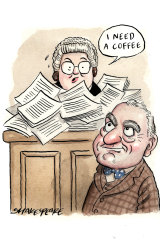 Family patriarch Mariano Valmorbida’s son, Adrian, was a flamboyant property developer who once hired a crane to hoist his $100,000 Ferrari Dino supercar into his eight-floor penthouse bedroom near the Queen Victoria Market. He married Kairu “Erica” Chan before tragically dying in 2016 from cancer, leaving Chan and their two school-age daughters, Xuan and Ruowei, as beneficiaries of various trusts, one of which has had an income in excess of $17 million since 2014.

And the year before he died, Valmorbida and his father incorporated Valmorbida Custodians Pty Ltd. Now those trustees are pitted against Chan in a family legal dispute.

All sides are gearing up for a month-long trial on January 31 in the Supreme Court before Justice Christopher Delany. 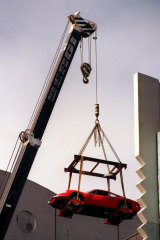 But a request from Chan for access to trustee documents was in part rejected by Associate Judge Patricia Matthews who in a judgment last month largely “accepted the trustees’ approach” to withholding trust documents if they contained confidential information.

At one point, the complexity of the case prompted a reality check from Her Honour, who ruled: “I do not consider it an appropriate use of the court’s resources for me to trawl through some hundreds of documents in Hughes Schedule 19 so as to ascertain which documents fall within such a category.” That’s laying down the law.

Bayside Council met this week to decide the fate of the controversial Dendy Street Beach Pavilion redevelopment. Naturally, the lawyers were involved.

Remember, this is the lifesaving pavilion redevelopment at the home of Brighton’s famous bathing boxes where legal disputes stretch back to 1876.

For those who came late, the Victorian Civil and Administrative Tribunal granted Bayside Council the go-ahead for the $10.6 million redevelopment and the Supreme Court dismissed the local heritage group’s appeal. Now the cashed-up Brighton Foreshore Association awaits the decision of the Court Of Appeal.

Mayor Laurence Evans and Councillor Clarke Martin received legal advice that they had no conflicts of interest over the project, not that they made that advice public.

But deputy mayor Sonia Castelli stepped aside after receiving legal advice over a perceived conflict. Castelli originally moved the motion more than seven years ago for the Council to support a new lifesaving club, which all Councillors supported.

And what of Castelli’s perceived conflict? Well, her partner, chartered accountant John Rundell, has owned a bathing box since 1992 and his two sons were members of the lifesaving club — when they were nippers, about 15 years ago.

The $13 million development contract includes $11.9 million for Lloyd Group and a $2 million allocation from the hazardous materials reserve to clean up the site. 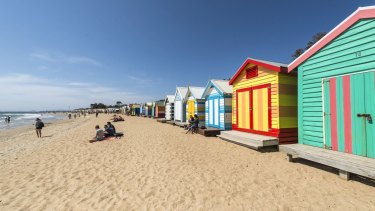 With Castelli absent, the vote was tied at 3-3. But the mayor used his additional casting vote, thus the development was approved.

“The anti-clubbers didn’t see that one coming,” a pro-development local told CBD.

The Morrison government’s appointment of Lorraine Finlay to the Australian Human Rights Commission drew no end of criticism from progressives. But CBD’s favourite response came from opposition legal affairs spokesman Mark Dreyfus whose top-ranked criticism was that in 2017, the Institute of Public Affairs had advocated Finlay’s appointment, describing the legal academic as a “reliably conservative appointment”.

No doubt there will be plenty more blanching over another reliably conservative appointment which quietly occurred this month. Step forward Dr Bella d’Abrera, who is the Morrison government’s pick to join the National Archives Advisory Council. She comes with the conservative credentials that make Finlay look like a gender studies graduate. 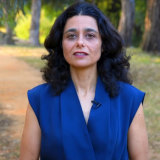 Dr Bella d’Abrera is the government’s pick to join the advisory council of the decaying National Archives.Credit:YouTube

As a day job, she heads the “foundations of Western civilisation” program at, you guessed it, the Institute of Public Affairs.

The children’s book illustrator and writer has an MA in Spanish from the University of St Andrews and is the author of The Tribunal of Zaragoza and Crypto-Judaism 1484-1515. She’s also a member of History Reclaimed, an academic counter-offensive against “fake history” so she sounds perfect for our decaying National Archives.

This week, she was fired up over the ABC documentary series, The School That Tried To End Racism, opining that “this blatant politicisation of Australian children is equivalent to child abuse”. Heady stuff for the National Archives.