On this day one year ago, their worlds fell apart.

“The memory of how that night unfolded is as clear and as painful as if it happened yesterday,” recall the family of Constable Josh Prestney, killed alongside three of his Victoria Police colleagues on Melbourne’s Eastern Freeway. 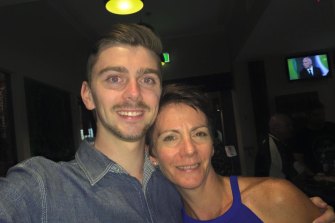 “As hard it was to lose Josh, harder still has been learning to live without him. We will never get used to this, get over this or move on from this.”

Their beloved son, brother and partner left for work that night and never returned, as did new police graduate Constable Glen Humphris.

“I wished Glen a great day and hugged him goodbye as I left for work, not knowing that would be the last time we would ever see each other,” says his partner Todd Robinson.

“It is the worst fear of every partner and family member to receive that knock on the door.” 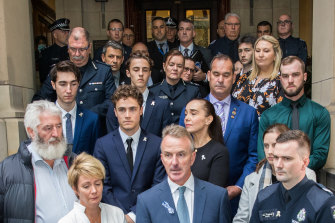 The families of the police officers killed on the Eastern Freeway were in court to hear the sentence read out. Credit:Jason South

What started as a routine roadside stop on the cool autumn evening of April 22 ended with the deaths of Constable Prestney, Constable Humphris and their two colleagues Leading Senior Constable Lynette Taylor and Senior Constable Kevin King.

A truck driver, severely fatigued and drug-affected, veered into the emergency lane, leading to one of the largest losses of life in a single incident in Victoria Police’s history.

Exactly one year later – at 5.36pm on Thursday – police stations across Victoria will fall silent.

At the same time, as dusk falls, dozens of Melbourne buildings – from well-known landmarks such as the Flinders Street Station and the MCG to small businesses – will be illuminated in blue light. 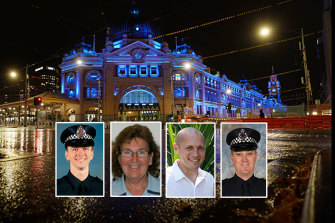 The state government will also on Thursday announce that a state memorial service to honour the lives of the four officers will be held this year on National Police Remembrance Day, September 29.

Police union secretary Wayne Gatt, who will be one of those attending a small, private memorial for the officers on Thursday morning at the Victoria Police Academy, said everyone in the force had been affected by the crash, no matter what role they held.

“The biggest realisation that came out of the tragedy was the fact that we lost four members doing a task that so many of our members do every shift; I think it increased the realisation of their vulnerability at work,” he said.

“Whilst our members are acutely aware of the dangers they confront … we can put to one side at times the sad reality that our members have in great number and in recent history made the ultimate sacrifice. I think that’s been brought into sharp focus for us.” 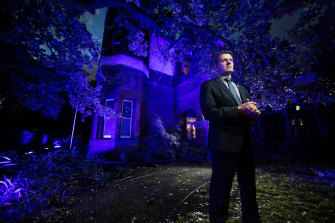 Police Association secretary Wayne Gatt at the association’s offices, which were lit up on Wednesday in memory of the four officers. Credit:Jason South

The Prestney family – parents Andrew and Belinda and brother Alex – say they are comforted every day by love and support from friends, families and even strangers. But learning to live without Josh has “left scars that will never completely heal”.

“Josh’s guitars have fallen silent, the music he loved is no longer pumped around the house and there is no more witty banter across the dinner table or cheering at the footy,” they said on Wednesday.

“Our son was generous, loving, discerning and honest, with a deep love of family and for his partner Stacey. He was eager to excel in his new career with Victoria Police and we would like to acknowledge the members he trained with and worked with, who are struggling with his loss. We all miss him so very much. Josh’s story was not finished, there was still so much more to do.” 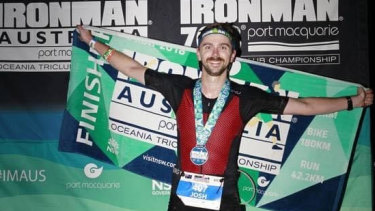 Mr Robinson remembered his partner Glen as a smiling, bubbly and beautiful man.

“He touched many people in his life, and many people cared for him. I want these stories and memories of joy and optimism to be forever remembered.”

Leading Senior Constable Taylor was remembered last year by her family as a devoted mother and experienced officer. She was building a retirement home overlooking Bass Strait with her husband, where they planned to indulge their shared passion for travel and fishing.

Senior Constable King’s family said last year that he was a “big softie” who was gentle, kind-hearted and loved being a police officer.

On Thursday morning, a wreath will be laid for each officer by Chief Commissioner Shane Patton and the families at the police memorial on St Kilda Road prior to the memorial service. The police radio will broadcast a message at the end of the service and at 5.36pm, requesting a minute’s silence.

“The deaths of four of our own continues to be felt right across the police force,” said Mr Patton. “The deaths of our colleagues struck at the very core of Victoria Police and brought home the sobering reality of the inherent dangers that come with police work.”

Truck driver Mohinder Singh was sentenced to 22 years in jail last week over offending that a judge labelled “chilling” and said caused an “entirely unnecessary” loss of life.

Richard Pusey, the Porsche driver who was pulled over by the officers, is in custody as he awaits sentence on April 28 after pleading guilty to outraging public decency and other charges.