A driver has been killed after a chunk of concrete is thought to have fallen off the back of a truck and smashed through their windscreen.

Police were called out to a road near the M1 in Thoresby, Nottinghamshire just before midday on Tuesday.

The driver of the car, a grey Hyundai, was pronounced dead at the scene. 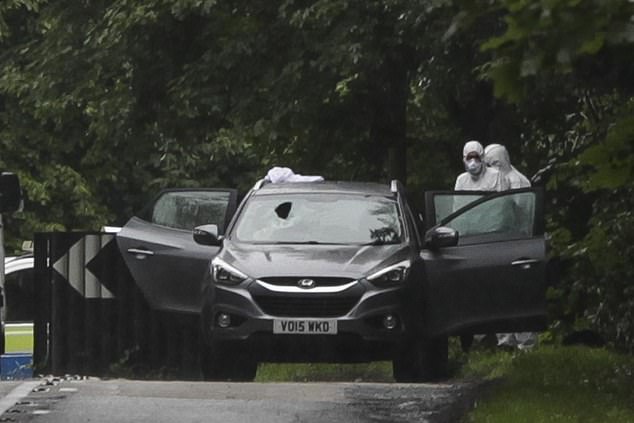 Officers are trying to track down a truck that may have been discarding its load nearby around the time of the tragic collision.

Louise Melbourne, from Nottinghamshire Police’s Serious Collision Investigation Unit, said: ‘A driver has lost their life as a result of this incident and we will do everything we can to get to the bottom of how that happened.

‘We are appealing for anyone that may have seen a large beige coloured cabbed truck that may be discarding its load in the area around the time of the collision.

‘We are also appealing for any dashcam footage which may show this vehicle.’

Anyone who has information which could help the investigation should call Nottinghamshire Police on 101, quoting incident number 275 of 7 July 2020.

MailOnline has approached Nottinghamshire Police for a further comment.