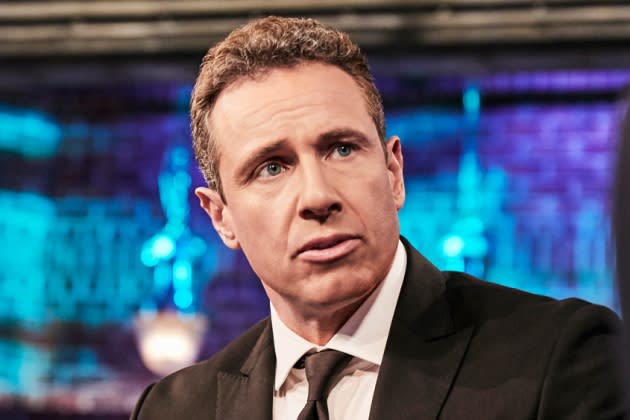 During an appearance on HBO’s “Real Time With Bill Maher” on Friday night, Chris Cuomo discussed his firing from CNN and gave an update on his brother, former Gov. Andrew Cuomo, who resigned from office last year after a sexual harassment investigation.

Cuomo came on “Real Time” to promote his new podcast, “The Chris Cuomo Project.” He also announced on Tuesday that he is joining NewsNation this fall, marking his return to TV news after he was ousted at CNN late last year. Cuomo’s departure from CNN came after the investigation into sexual harassment allegations against his brother, former New York Gov. Andrew Cuomo, revealed that the younger Cuomo had an active hand in advising his brother during the situation.

During the interview, Cuomo said outright that he was advising his brother, adding: “Like I said on TV to all of you, this is my brother, obviously I’m not objective. Obviously, I’m going to help him.”

When asked how his brother is doing after his resignation, Cuomo said he has “been in a struggle.”

“I’m supposed to say, ‘Oh, he’s great!’ But that would be what we call bullshit,” he said. “This has been hard, and you learn a lot about the people in your life when you watch them struggle. It’s true, when you struggle you learn who your friends are. I’ve always known who my friends are, I’ve had them for a very long time. But he has been in a struggle, and I have watched it. And I am proud of how he’s handling himself. It’s his job to tell his own story and figure out what he wants his future to be, but he has dealt with a lot and he’s doing well.”

CNN fired Cuomo for violating their journalistic standards. But when Maher remarked that the time slot “Cuomo Prime Time” held has been down in ratings since Cuomo’s departure, the former broadcaster claimed that doesn’t bring him joy.

“It’s a great organization and there are great people there. I don’t do that schadenfreude thing where I like to see things aren’t going well,” he said. “To an extent that’s true, I think the whole environment is down right now numbers-wise. But I want good things for people there. I don’t like how it ended, I had a great team I didn’t get to say goodbye to. I just want to move on, that’s really what I want.”