The Chinese president to visit its reclusive ally this week ahead of his meeting with US president at the G20 meeting. 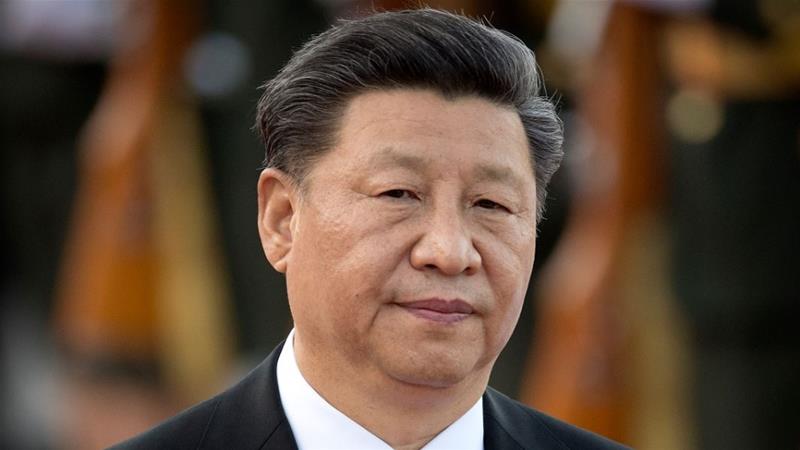 Chinese President Xi Jinping will visit North Korea for two days from Thursday, state media in both countries reported on Monday, making him the first Chinese leader to visit in 14 years.

Neighbouring China is reclusive North Korea’s only major ally, and the visit comes amid renewed tensions between the United States and North Korea over efforts to persuade Pyongyang to give up its nuclear weapons.

“Both sides will exchange views on the (Korean) peninsula situation, and push for new progress in the political resolution of the peninsula issue,” China’s official broadcaster CCTV said in a lengthy report that led the evening news.

The invitation was made by North Korean leader Kim Jong Un, state media in both countries said.

Since a failed summit between US President Donald Trump and Kim in Hanoi earlier this year, Pyongyang has resumed some weapons tests and warned of “truly undesired consequences” if the United States is not more flexible.

Xi’s visit kicks off a flurry of high-level diplomatic activity around the Korean peninsula, with Trump set to visit ally South Korea after the G20 summit this month in Osaka, Japan.

South Korean President Moon Jae-in’s office said he and Xi would hold talks during the G20.

The visit also comes against a backdrop of mounting acrimony between Beijing and Washington over trade and other issues.

Kim has made four visits to China since March 2018, CCTV reported. The first, conducted largely in secret, was his first known trip abroad since he assumed power in June 2011.

Diplomats had long expected Xi to visit Pyongyang; one Western diplomat in Beijing said it was likely that the Chinese leader had a standing invitation, and had chosen to take it up with the G20 summit approaching: “It’s Xi showing Trump that China still has an important card to play – North Korea.”

Kim and Trump held a summit last year in Singapore and one in Hanoi this year, but hopes for rapid progress towards denuclearisation have faded.

Kim has met with the South Korean leader Moon three times, most recently in September 2018.

Spokeswoman Ko Min-jung said the presidential Blue House expected Xi’s trip to contribute to “an early restart of negotiations aimed at achieving complete denuclearisation of the Korean peninsula and to establishing lasting peace”.

North Korea and US-supported South Korea have been locked in an armed standoff since their 1950-53 war ended in a truce, but not a peace treaty.

The last Chinese leader to visit North Korea was Hu Jintao in 2005.