Last month, the US conducted a training event called Exercise Agile Reaper which focused on how to deal with naval ships in the Pacific region. The exercise involved the use of MQ-9 reaper surveillance drones, with the airmen wearing a red silhouette of the Chinese state on their arms. In defiance of any threat from the Chinese government, the US claimed the exercise was to demonstrate the rapid capabilities of the MQ-9 drone to any wartime arena.

Lieutenant Colonel Brian Davis, told Air Force Magazine: “It’s a demonstration of our capability to rapidly move the MQ-9 anywhere in the world, to unfamiliar locations, and then get out and show the operational reach capabilities of the MQ-9 to provide maritime domain awareness to our joint service partners.”

The bold move by the US air force sparked anger in China with Beijing warning it “will fight to the end” if war breaks out between the two.

With the Chinese state used on their airmen’s badges, Beijing also claimed the US was attempting to fire a warning shot to Xi Jinping.

An opinion piece for the state-run Global Times, which acts a mouthpiece for the government, claimed China will shoot down any warplane which dares venture near to its borders. 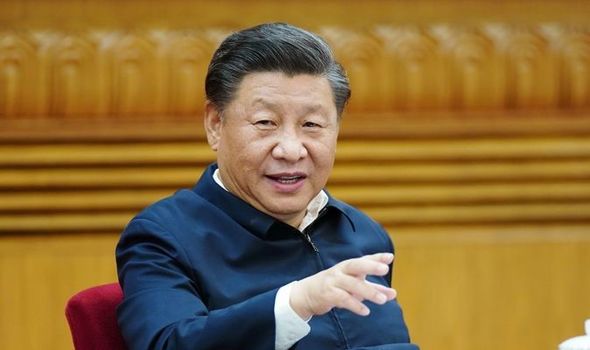 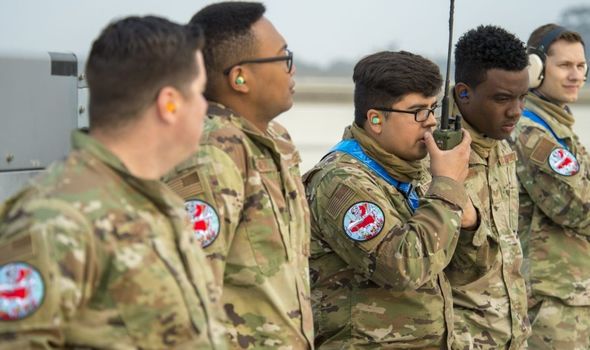 It read: “Washington is stepping up preparations for war against China, and this type of drone that has participated in murders and other attacks around the world will also play a role in it.

“This is the strategic signal sent from the exercise.

“China will shoot down incoming US warplanes, no matter they are unmanned or manned. If those planes cause actual damage to Chinese islands and reefs, we will strike the platforms and bases from which those planes take off.

“The US military and politicians in Washington should take our warnings seriously, and not have strategic misjudgements that they can do whatever they want and China will swallow the anger.

JUST IN: Coronavirus map LIVE: Liverpool at risk of Christmas in lockdown 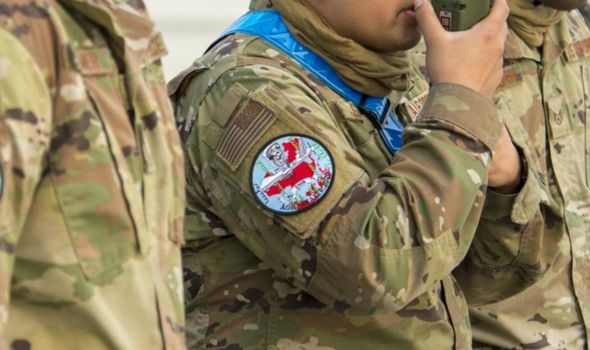 “If Washington wants to try its luck, the Chinese military and Chinese people will surely rise to the challenge and fight to the end.”

The US Airforce has not commented on the allegations from Chinese state media.

The rhetoric surrounding America’s relations with China has escalated rapidly in the last few months.

US Secretary of State, Mike Pompeo, has constantly warned of the growing threat of Xi Jinping’s government to global peace. 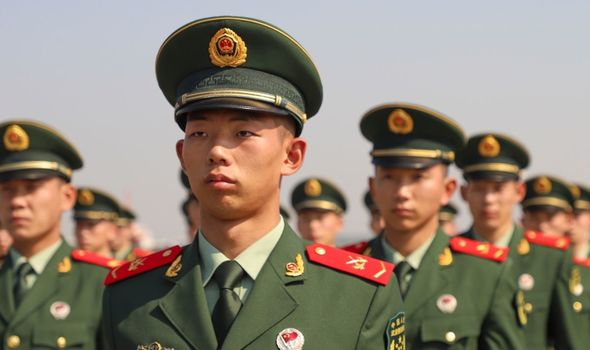 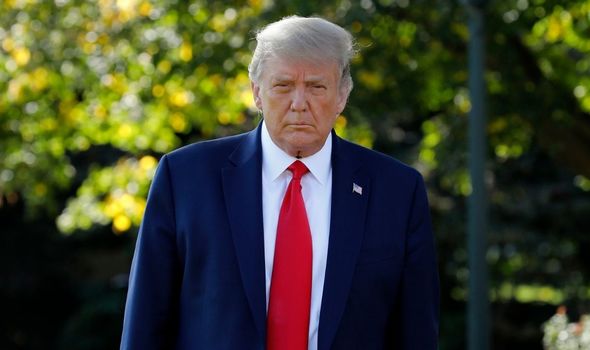 Additional ships have been sent to the South China Sea, accusations over coronavirus have been levelled at Beijing, while sanctions have been placed on Communist Party members.

The Department said: “On October 6 in Tokyo, Secretary Pompeo will participate in the second meeting of the Quad Foreign Ministers of Australia, India, and Japan. He will also have meetings with his Japanese counterparts to discuss issues of mutual concern.

Although Mr Pompeo will not visit Taiwan, China has issued a warning to the US following two official visits. 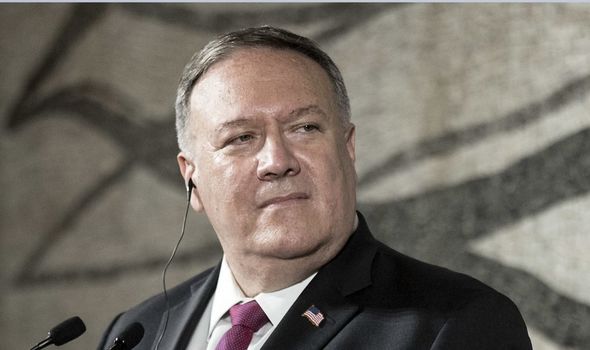 Health Secretary, Alex Azar, visited the state to reaffirm cooperation over the pandemic.

More recently, Keith Krach, the under secretary of State for Economic Growth, Energy, and the Environment also journeyed to the state, sparking a series of military drills by China.