Police increased patrols in South East London today after children were followed or approached by men in four separate incidents in one week as schools urged worried parents to tell their youngsters to be on high alert.

Scotland Yard detectives accepted parents have ‘real concern and anxiety’ about the spate of incidents which began when two boys were approached separately by a man in Bromley on April 30 between 4pm and 4.30pm.

An 11-year-old boy, who is the son of Line of Duty actress Sherise Blackman, was asked by a man in a black van on a road if he wanted a lift, while an eight-year-old was approached in the nearby wooded area of Kelsey Park.

The Metropolitan Police received another report on Thursday of a male school pupil being followed by a man along a street on the previous day. A ‘lack of similarities’ indicated it was not linked with the first two reports.

The latest incident yesterday – which is again not thought to be linked to any of the other three reports – involved a third party report of the ‘perceived’ attempted abduction of a young girl at The Glades shopping centre.

Two men were said to have been walking behind the child when one seemed to try to grab the girl’s hand – which was raised in the air – before walking off. No children were abducted or harmed in any of the four incidents.

Now, police have written to local parents via schools, asking them to ‘remind your children of the personal safety advice they have been given and report anything suspicious immediately to a parent, guardian or school staff’.

They added: ‘I understand the real concern and anxiety that the nature of these incidents must bring to you and your family; please be assured that we are working closely your schools to provide additional support and advice.’ 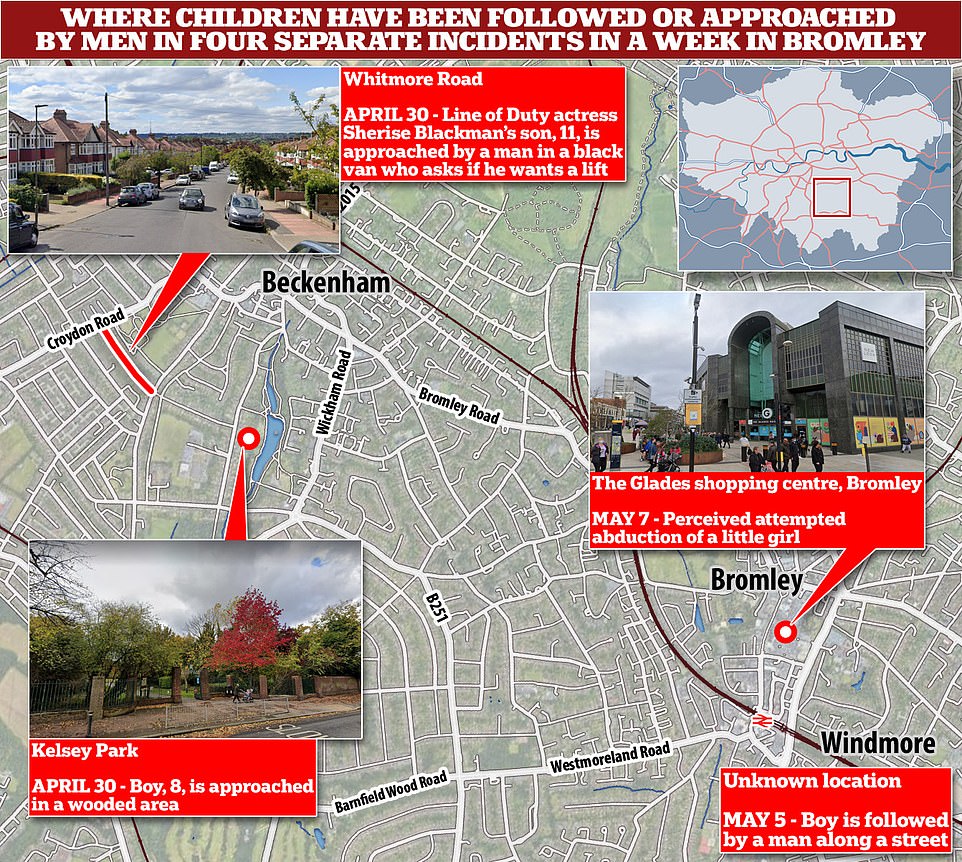 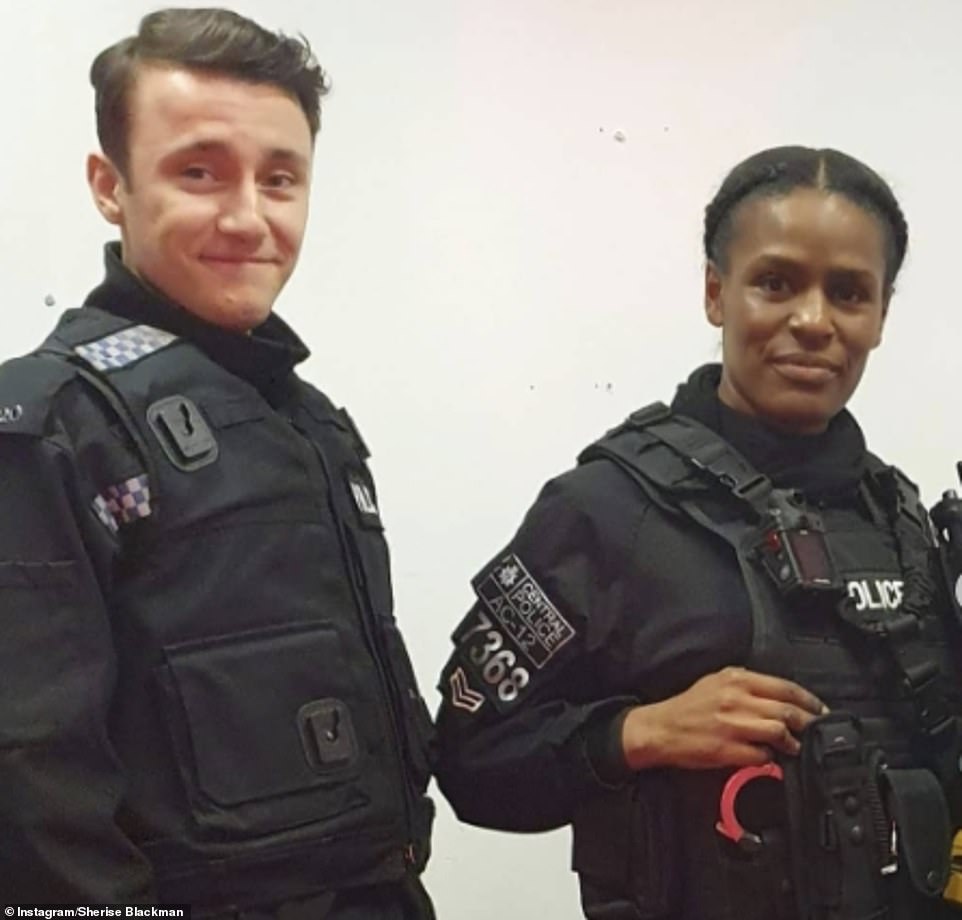 Line of Duty actress Sherise Blackman, pictured next to Gregory Piper who played Ryan Pilkington in the BBC police drama. Her 11-year-old son was asked by a man in a black van on a road if he wanted a lift on April 30 in the Bromley area 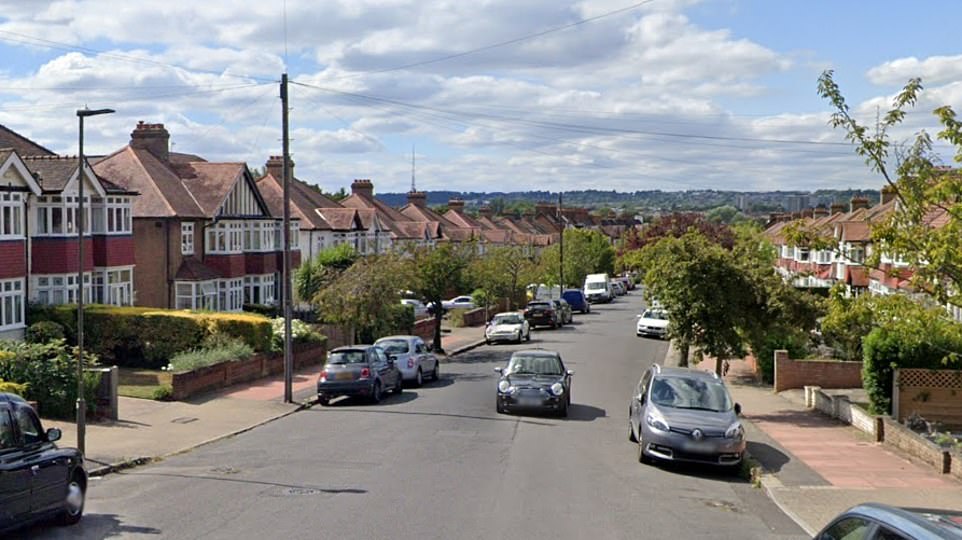 INCIDENT ONE: Whitmore Road in the Beckenham area of Bromley, South East London- April 30: Line of Duty actress Sherise Blackman’s son, 11, is approached by a man in a black van who asks if he wants a lift 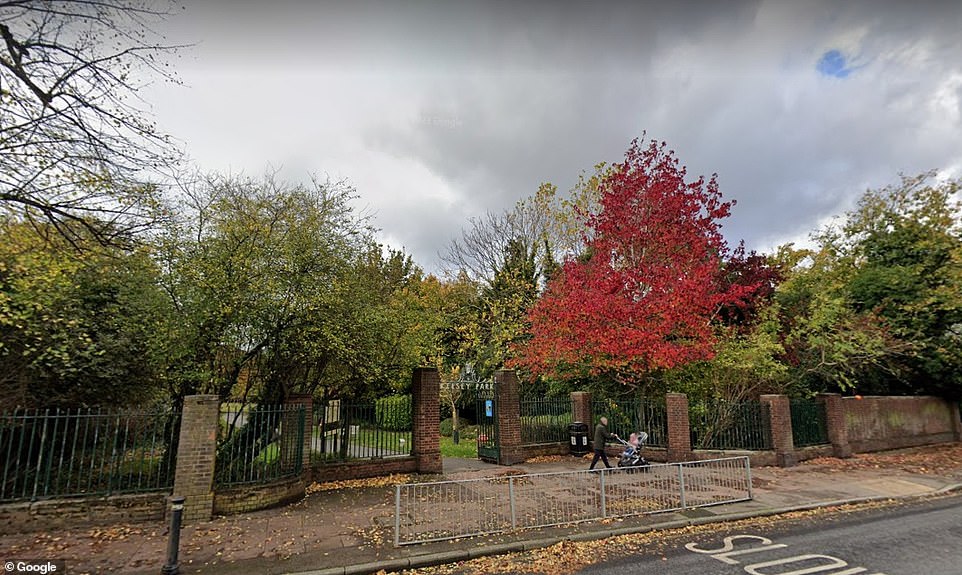 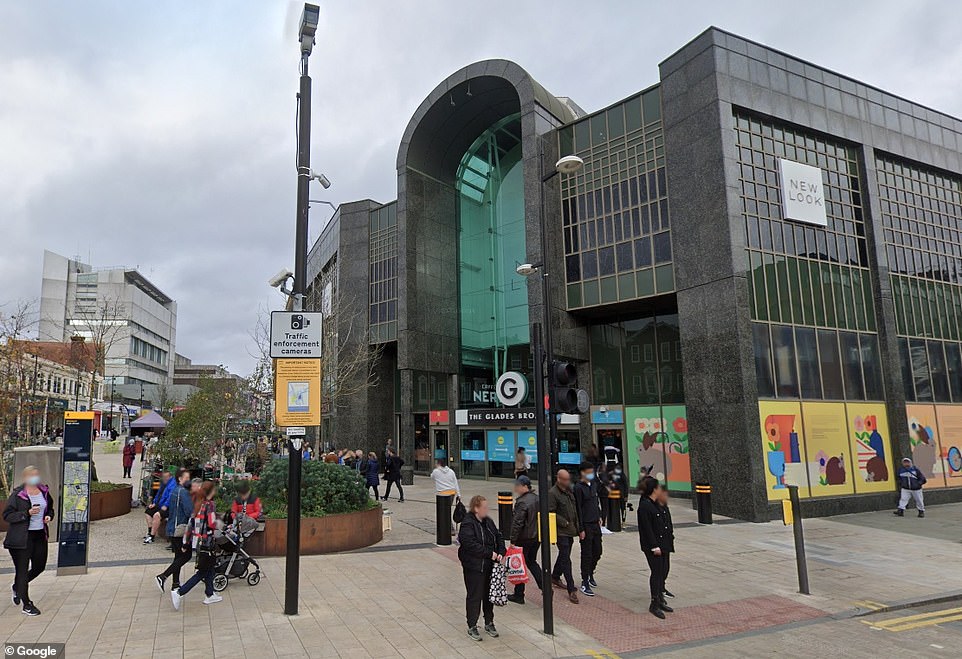 INCIDENT FOUR: The Glades shopping centre – May 7: Third party report of a perceived attempted abduction of a little girl

In a statement issued last night, Superintendent Andy Brittain said: ‘I am aware of varying reports online both in the news and on social media and I fully understand the concerns of parents in light of these reports.

‘I would encourage the public to remain vigilant, but not to be unduly alarmed. Child kidnappings or abductions are, thankfully, incredibly rare, but we are not complacent.

What happened in the four incidents in Bromley

‘In order to provide reassurance to the community we have heightened our visible presence in areas where youngsters may gather and I urge anyone who feels worried or concerned to approach my officers.

‘I would strongly encourage members of the public to approach our officers if they have any concerns or have any information that could prove to be beneficial to our investigations.’

It comes after the Met apologised to Ms Blackman after she complained the force was failing to properly investigate the attempted abduction of her son.

The actress, who appeared as firearms officer Ruby Jones in the BBC police drama Line of Duty, said her son was walking home from school when two men on the street and another man in a black car tried to grab him.

One of the men asked the boy if he ‘wanted a lift’ but he sensed danger and ran towards teenagers on a basketball court nearby for help. He was able to make it home where his parents found him ‘shaken’ and they immediately called the police to report the incident.

But Ms Blackman said she felt as though officers were trying to ‘fob it off’ when they took a statement from her son and that no suspects have been identified.

She added that she was ‘very dissatisfied’ with the line of questioning being aimed at her son’s ‘beef’ with other children at school rather than the possible abductors.

The Met has since apologised, with Superintendent Brittain saying: ‘I fully acknowledge our initial response was not sufficient given the extremely worrying circumstances of this incident.

‘The matter was reviewed and detectives are carrying out further investigation which remains ongoing. I want to reassure the boy’s parents and the wider community that this incident is being fully investigated to establish the full circumstances of what happened.’ 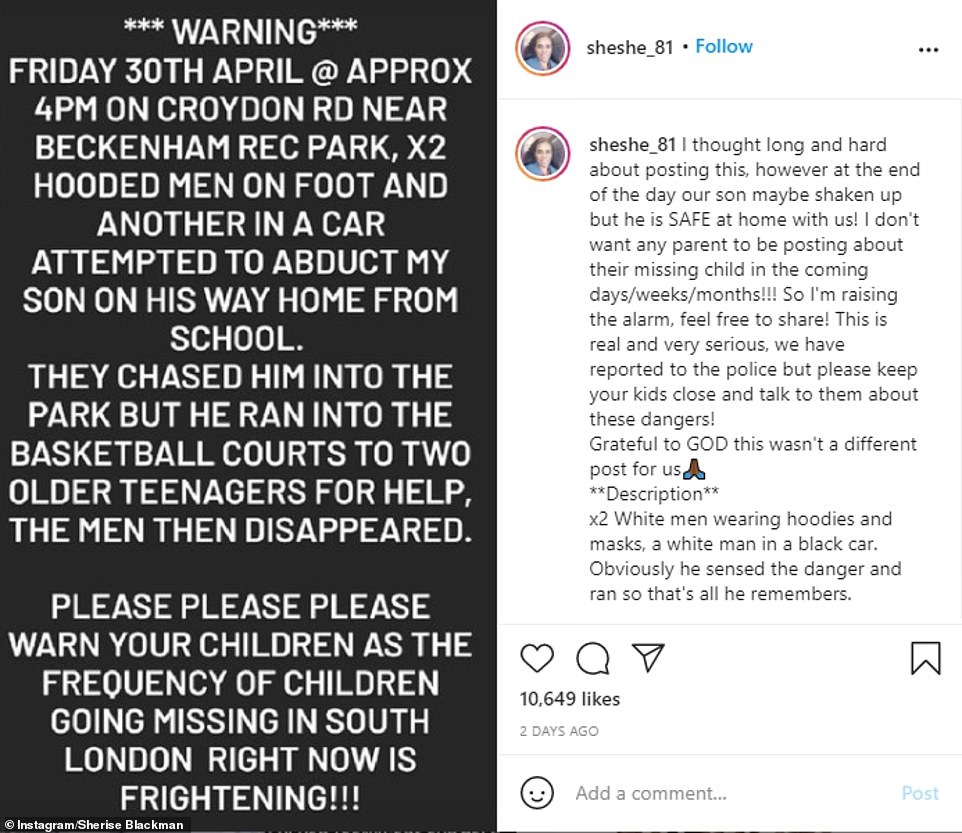 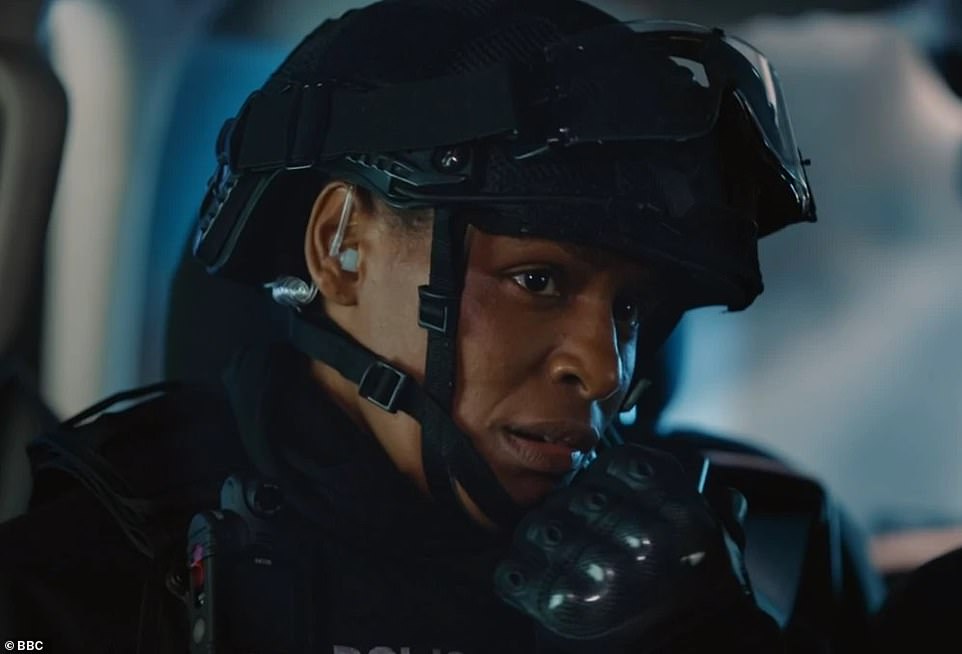 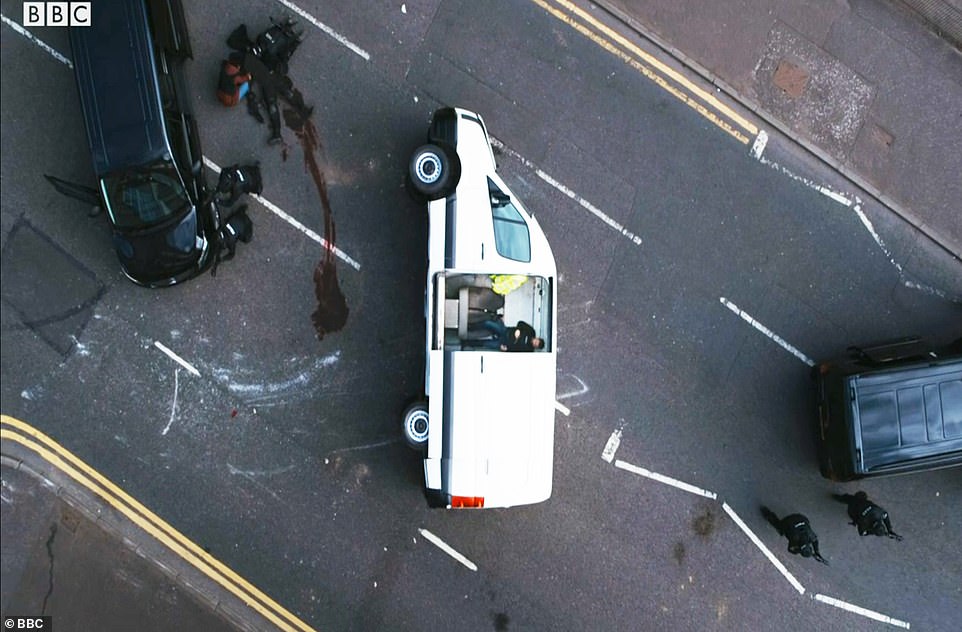 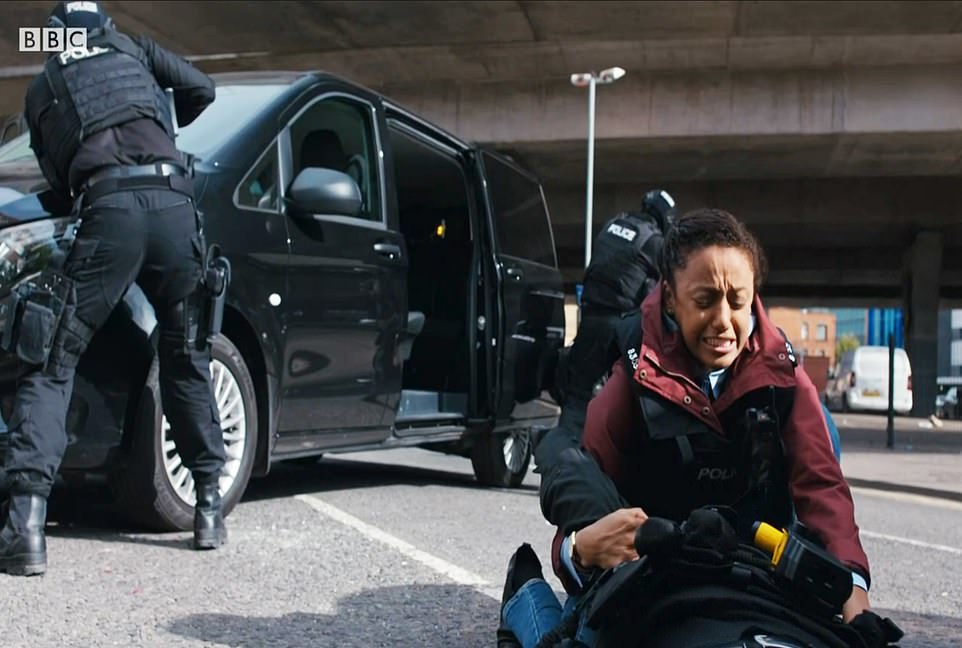 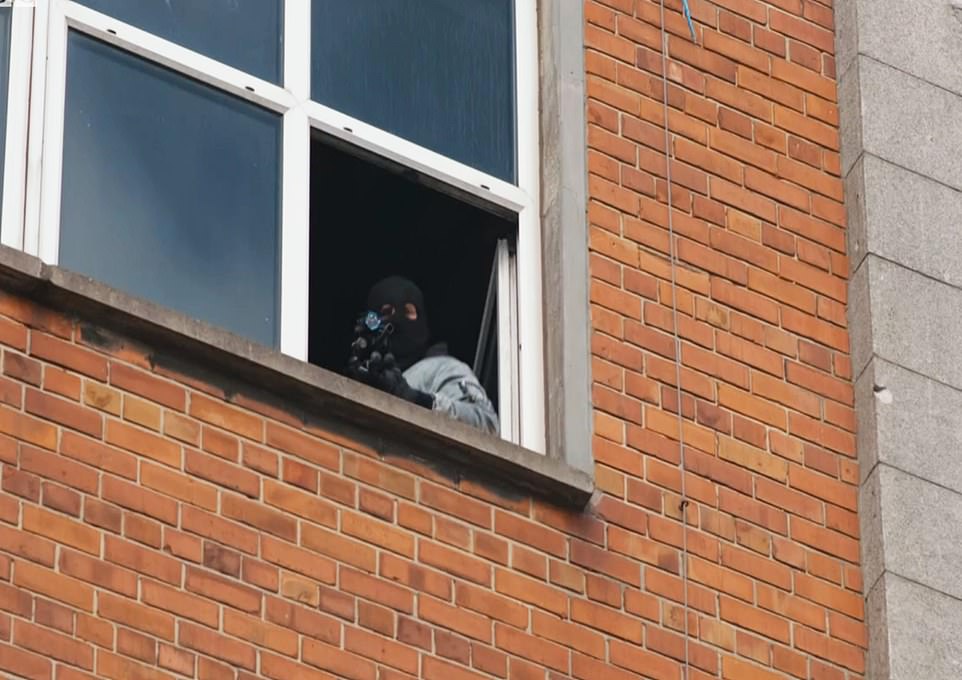 A sniper appears and shoots firearms officer Ruby Jones, played by Ms Blackman, in the dramatic Line of Duty episode 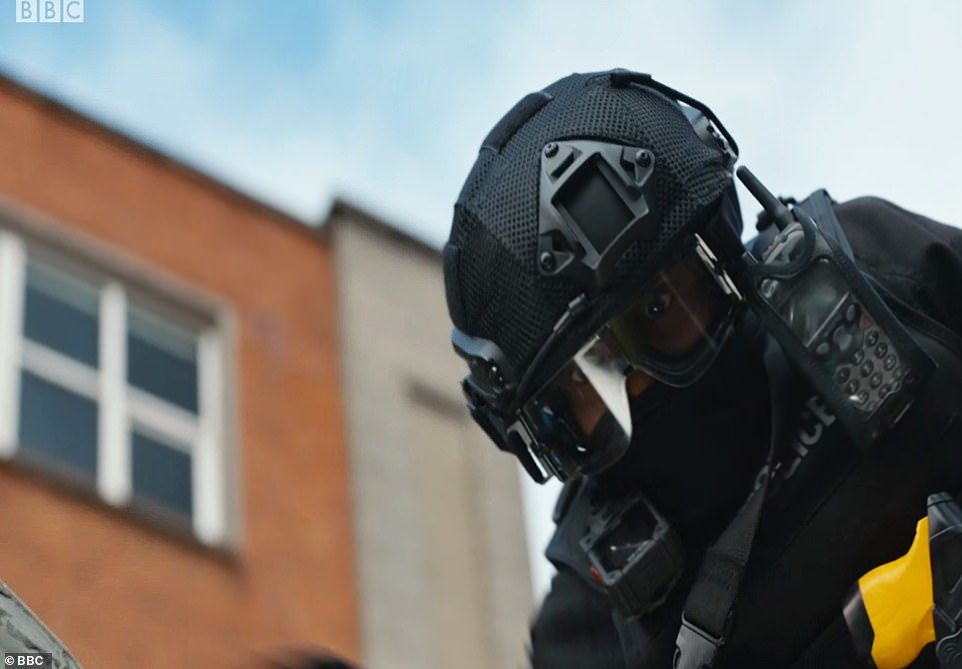 Armed officer Ruby Jones, played by Ms Blackman, is pictured moments before her death in the BBC police drama 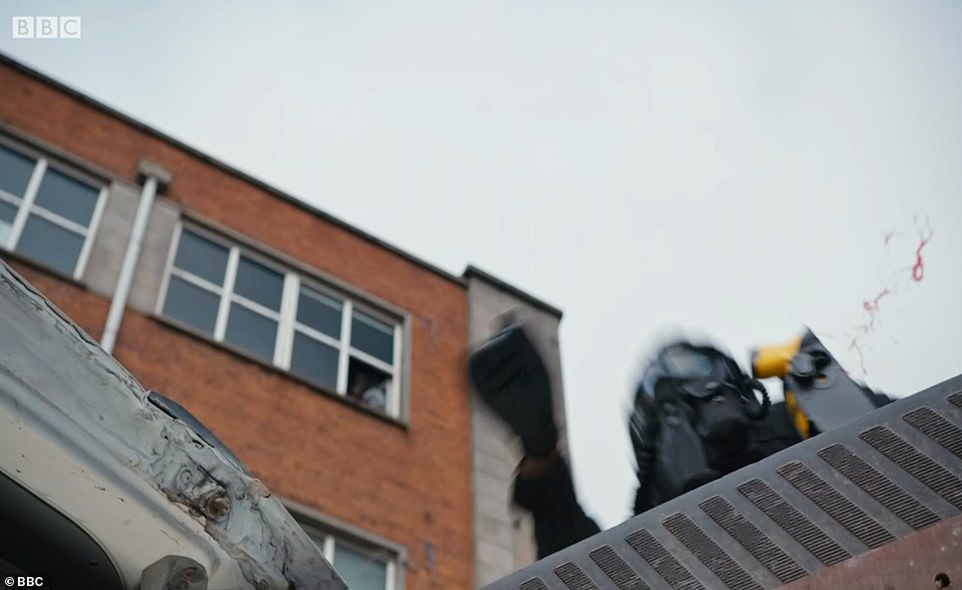 No arrests have been made in relation to the case of Ms Blackman’s son, and the only details of the suspects are that one is a white 5ft 10in tall male and the other is around 6ft.

As you aware from both social media and national press, South Area police are currently investigating three reports from the Beckenham and West Wickham area involving the attempted abduction of children. These incidents are being actively investigated by South Area CID, with every lead being followed and reviewed.

I understand the real concern and anxiety that the nature of these incidents must bring to you and your family; please be assured that we are working closely your schools to provide additional support and advice.

Both South Area Safer Schools and Safer Neighbourhood officers will be more visible in the location of your schools in coming days. We are also asking that you remind your children of the personal safety advice they have been given and report anything suspicious immediately to a parent, guardian or school staff.

If you have any other concerns, please make contact with your school who will have direct contact details for myself and your Safer School team.

Ms Blackman had recently starred in Line of Duty, where she appeared as a police officer dramatically shot dead as she defended a convoy from masked hitmen.

Now she is appealing for help in finding the suspects who allegedly followed her son into a basketball court before teenagers stepped in to protect him.

The actress said her son had got off at a different bus stop than usual that day because the bus was on diversion. After the bus drove off, a black car pulled up alongside the boy and the man inside asked where he was going and offered him a lift home, she said.

Sensing danger, the boy started to run away but the two other men started chasing him. He ran into Croydon Road Recreation Ground to find help when he spotted two teenagers playing basketball.

Ms Blackman said the two men followed her son toward the court and told the teenage boys he was with them, at which point the boy said he didn’t know them.

She added that the two teenagers then blocked the entrance and told her son to run home.

Ms Blackman told the London Evening Standard: ‘He did say ”I’m going home” and the man then said ”hop in, I’ll give you a ride” at which point my son was like that’s not normal and he kind of started to hop foot it away.

‘The two men then followed him into the tennis court and said to the teenage boys ”oh he’s with us” at which point he [Ms Blackman’s son] said ”I don’t know them”.’

As soon as he arrived home, Ms Blackman’s son told his parents what had happened. She immediately called the police and was told they would visit her home on Sunday, May 2.

Ms Blackman said she felt as though the police were trying to ‘fob it off’ when they took a statement from her son and that no suspects have been identified.

She said her interaction with police left her ‘very dissatisfied’. She told the Standard: ‘They were asking questions like “have you got any issues with other boys” and “do you have beef with other kids”?

‘I could see where they were going with this and I was like “no, it wasn’t that”. My son is a very smart little boy – he sensed danger. But they were trying to fob it off.’

She said the police told her they could not investigate because a crime had not happened – but then officers got in touch with her and started to probe what happened after Ms Blackman went to the press with her story.

Anyone with information should contact the Metropolitan Police on 101 or Tweet @MetCC. In an emergency always dial 999. To remain anonymous contact Crimestoppers on 0800 555 111 or visit crimestoppers-uk.org