RUCCA the cat may have been bred to pose with on Instagram – but now he is far from photogenic.

The four-year-old Persian was dumped by his owners at a rescue centre, suffering with such severe eye problems one of them had to be removed. 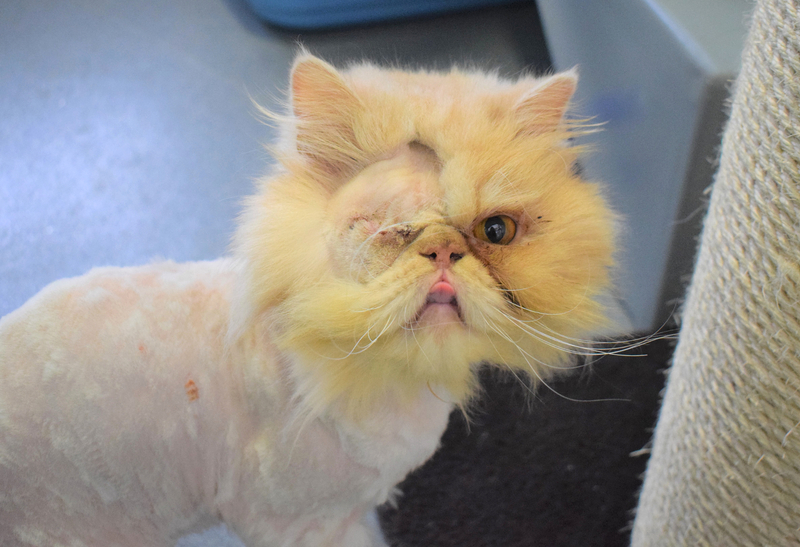 He is one of the many Persians being abandoned because of health problems with flat-faced breed cats.

And celebrity owners such as Kim Kardashian, Taylor Swift and Paris Hilton have been photographed with flat-faced breeds — adding to the surge in popularity.

But as they are bred to look more extreme, the designer cats suffer with an array of issues including deformed skulls, underdeveloped nostrils, matted fur, difficulty eating and often live in constant agony.

Another Persian, Cee- Cee, needs round-the-clock monitoring by staff at Battersea Dogs and Cats’ Home because she struggles to breathe. The four-year-old’s nose is so tiny, not enough air can get in. Vets at the London charity are considering operating on her too, to try to widen her nostrils.

With their big eyes, tiny noses and down-turned mouths, it’s easy to see why people are rushing out to snap up these cute cats.

Yet it is these very features — bred into the cats to achieve their look — that are behind Rucca and CeeCee’s health problems.

And such is the demand for these fashionable “grumpy” cats that they are now being bred to have more and more extreme facial features, causing more severe health issues.

Battersea’s Cattery Team Leader, Rosa Steele, says: “It’s really hard to watch. CeeCee, specifically, has got such a tiny nose you can barely even see it, which obviously causes great difficulty in her breathing.

“We’ve got these cats coming into us and our emotional reaction is, ‘how terrible for them, because we’ve created this’. 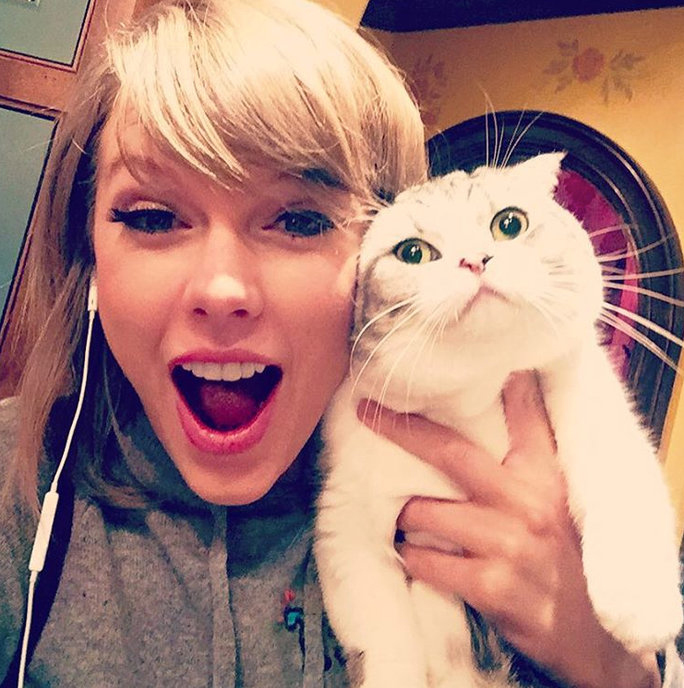 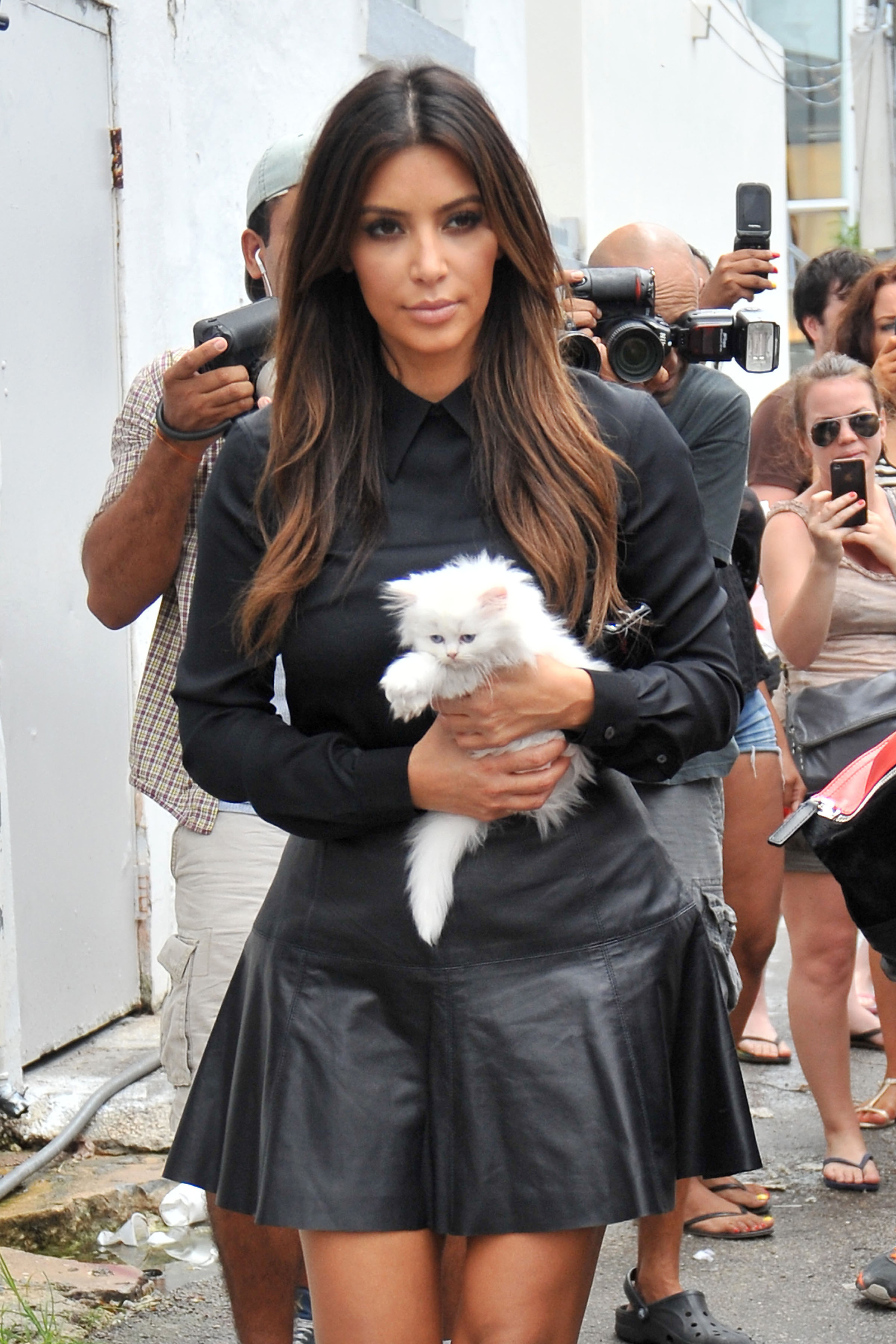 “As a society we think it looks visually pleasing. We think she looks very sweet because she’s got a squishy face. But how selfish is that?

“Humans have designed this cat, that has quite serious health implications, for our own gain.”

Flat-faced pedigree breeds, which also include the Scottish Fold, Exotic and British Shorthair, have a shortened muzzle, which restricts nasal passages.

We think she looks very sweet because she’s got a squishy face. But how selfish is that?

The flattening of their skull also causes the cats’ eye sockets to become shallow, making their eyeballs protrude. This means their eyes are more likely to become dry, making them more at risk of inflammation and infection.

Before Rucca arrived he had spent his whole life suffering from painful chronic eye ulcers.

The breeds are also more likely to get skin infections and have difficulty eating due to the shape of their skull. For staff at animal welfare charities and rescue centres like Battersea, it is especially heart-breaking knowing the animal’s suffering has been caused deliberately.

Many cat breeds have exaggerated physical features, some of which have become so extreme that they can cause pain

The RSPCA’s cat welfare expert, Alice Potter, told The Sun: “Many cat breeds have exaggerated physical features, some of which have become so extreme that they can cause pain and suffering, some make cats prone to particular disorders and some prevent them from behaving normally.”

As well as celebrities, social media has also been blamed for its role in glamorising health defects in the cats, by making them into something seen as “cute” and “desirable” to an unsuspecting public.

The hashtag “flatface” has been used more than 435,000 times on Instagram and when Grumpy Cat — who achieved worldwide fame thanks to her exaggerated features — died last month, she had a whopping 2.7million followers.

According to the pet micro chipping database Pet Log, Persian cats are now among the top ten most popular breeds in the UK.

In the first three months of this year, Battersea has already had ten Persians arrive, compared with just five throughout 2018.

One of the most recent arrivals is Reggie, only nine-months-old but already in a bad way when he was brought into the charity’s Old Windsor centre in February.

He is a specific type of Persian, known as a “Peke face” and named after the Pekingese dog, which are bred to have the flattest face possible.

Staff were able to de-matt his fur and bathe his eyes, but he faces ongoing eye problems due to the severity of his flattened skull.

The team there have also had to tend to another Persian, Humphrey, who was brought in suffering from conjunctivitis and weeping eyes that require daily cleaning.

Under the three-year-old fur they discovered he had painful dermatitis, an inflammation of the skin caused by his excessive skin folds. 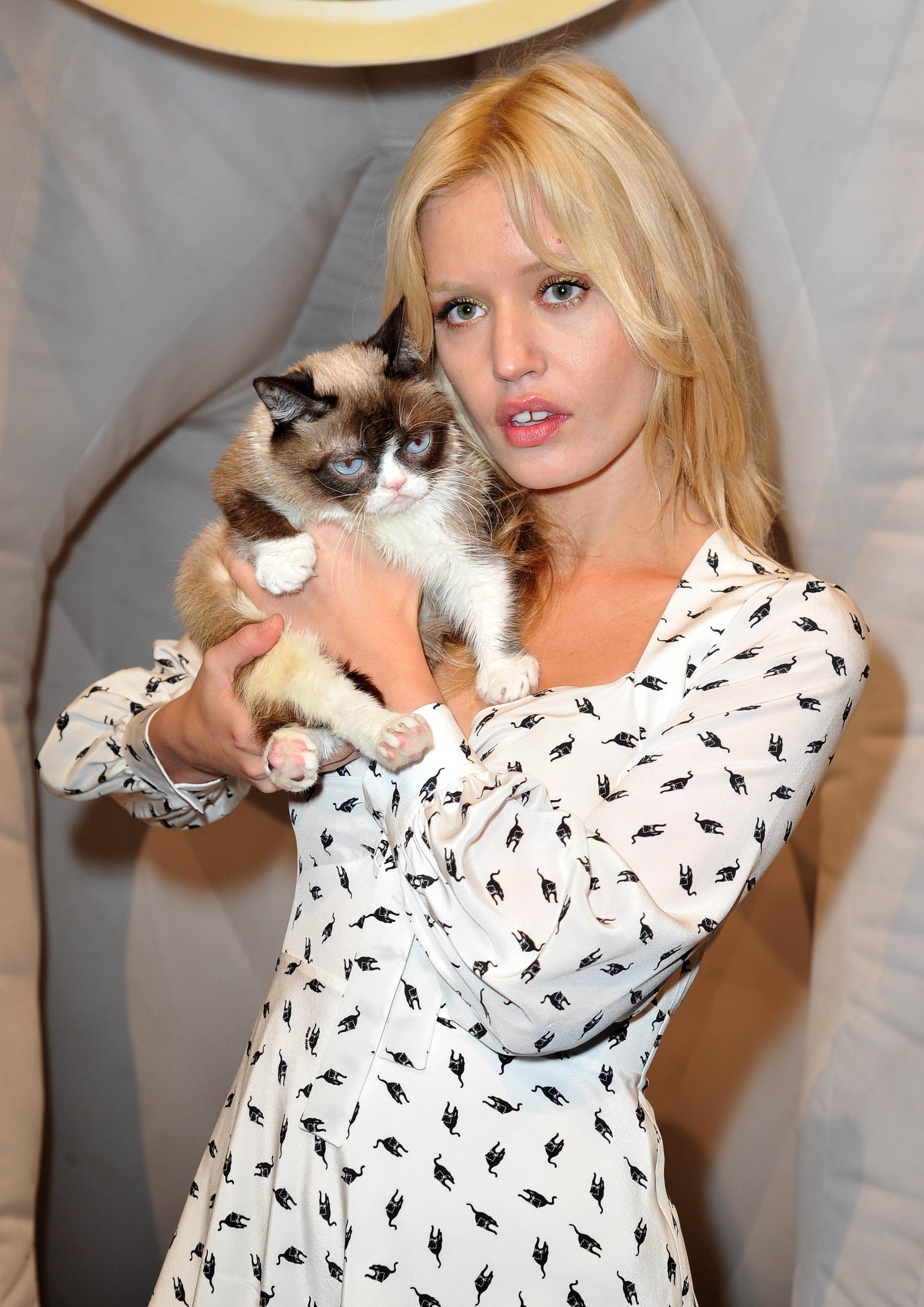 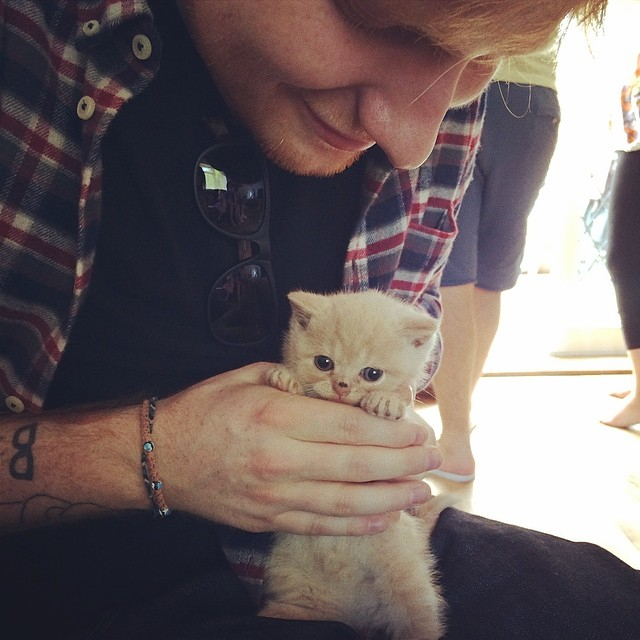 This is because the breeds’ skull shape isn’t in proportion to how their skin develops, meaning layers of skin form in folds on their face.

For ten-year-old Bruce, his main health issue was a lack of grooming. The Persian arrived with matted fur which had to be almost completely shaved off to allow new healthy fur to grow back.

While charities including Battersea do everything they can to help these cats, many of their health problems cannot be cured, meaning they will live in pain and discomfort.

Luckily for one-eyed Rucca, he was rehomed last month, but CeeCee is still waiting for an owner.

For staff including Rosa the situation is frustrating because owners are often unaware of the needs these breeds of cats have before buying them.

She says: “As a lot of these breeds are sold online for profit. I think it’s more of a commodity that people are buying, rather than an animal that needs care.

“People buying them may not have done all the research into what the cat needs, the kind of things they need to prepare beforehand, its type of behaviour or the impact on their life.

“When people have bought a cat purely for cosmetic value, they then end up bringing the cats into us as there are things they haven’t considered. This might be as simple as the fact that there is cat hair everywhere.”

Battersea, the RSPCA and other charities are now calling on potential owners to think carefully before buying one.

A cat is for life, not just for photographs

Chief Executive of International Cat Care, Claire Bessant, says: “It is very depressing to see the life which has been deliberately dealt to some breeds of cats because of a human desire to develop a certain look.

“These cats would not normally have any of these problems — we have created them through selective breeding. We should not be encouraging people to breed these cats by calling them ‘cute’, by being amused at their facial characteristics, or by the fact that they snore.

“We need to understand that this is human intervention that is wholly detrimental to the welfare of the cats and is cruel.”

Rosa adds: “Animals are living things, not something for Instagram. Have a think about why you want the cat, is it because you want a cute animal to look a certain way?

“If it is, I urge you to please rethink. A cat is for life, not just for photographs.”

SOME dog breeds such as pugs have been bred to have extremely flat faces.

They also suffer health issues, including heatstroke because they can’t pant easily to cool down.

Rabbits have also become victims to our desire for shorter, “cuter” faces.

Breeds such as the Netherland dwarf and Lionhead have severe dental problems because the bottom jaw is longer than their top jaw. 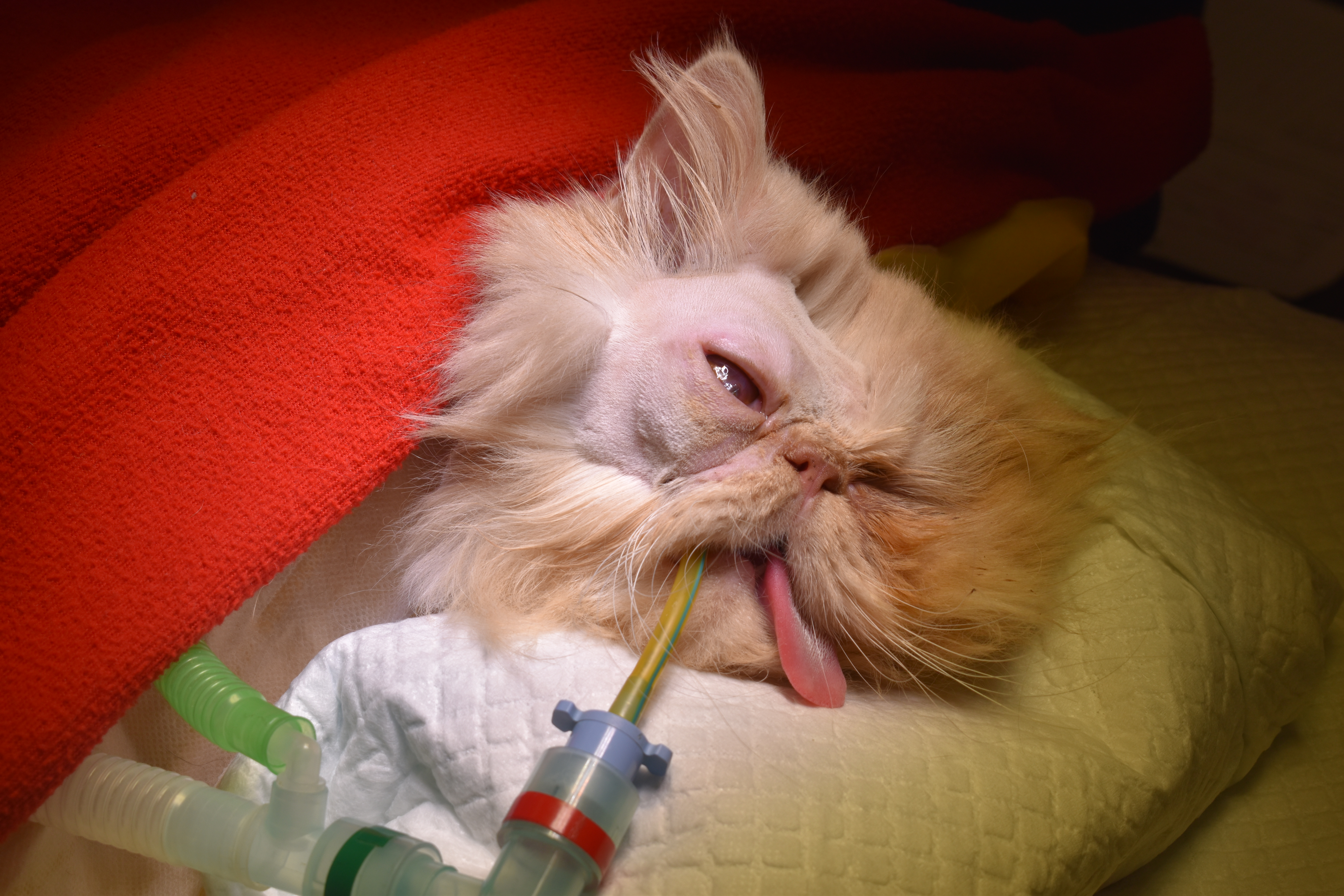 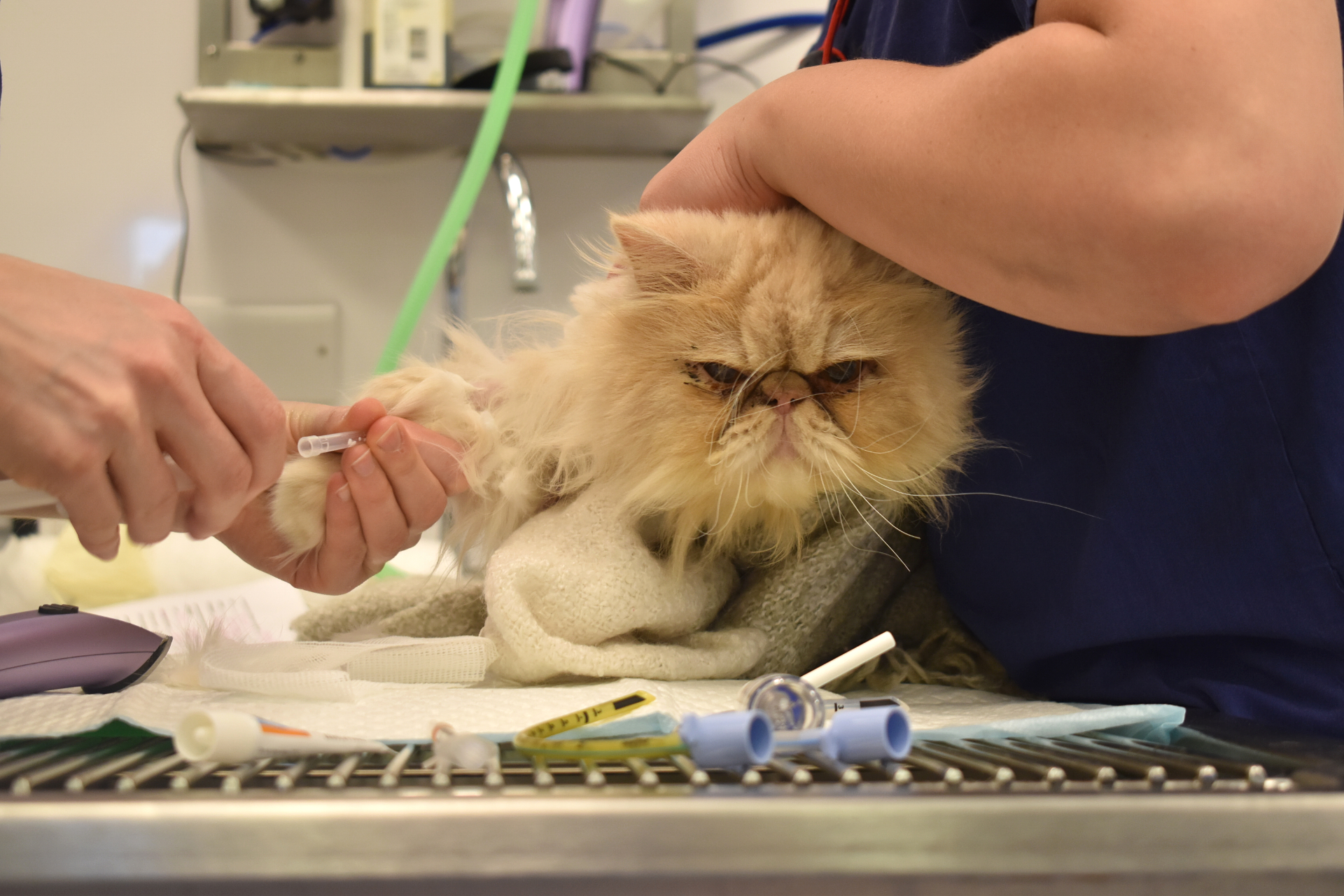 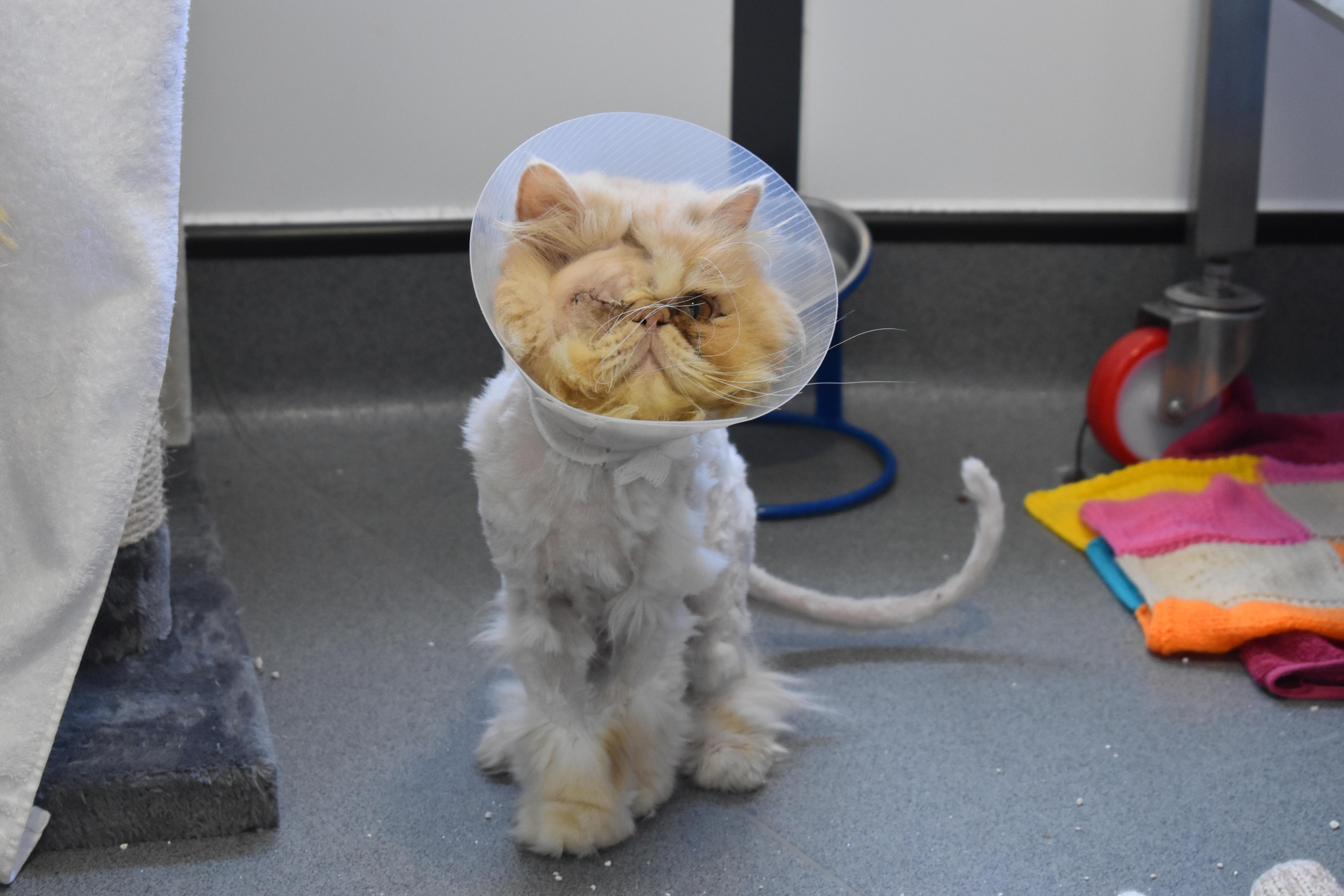