Survivors of sexual abuse by Catholic priests have long sought justice in the courts but their opposition has benefited from the deep pockets of the Catholic Church itself, according to a new report.

Several states have considered or made efforts to pass laws that extend or reopen windows for statute of limitations laws so that victims of sexual abuse can sue their abusers, even if the alleged abuse took place decades earlier. But the new report, put together by a team of law firms, says that the Catholic Church has helped those who are accused by paying millions to fight states’ efforts to pass the laws.

Since 2011, the Catholic Church spent more than $10.6 million lobbying against proposals in eight states, the report says.

The law firms involved with the study include Seeger Weiss LLP, Williams Cedar LLC, Abraham Watkins and the Simpson Tuegel Law Firm, which worked together to examine publicly available lobbying payment data in each of the northeastern states where statute of limitations laws have been considered.

The U.S. Conference of Catholic Bishops did not immediately respond to ABC News’ request for comment.

“We can’t say we’re surprised but it confirms how bad it really is, and it confirms the depth and the real failure to change,” Michelle Simpson Tuegel, an attorney who works with the team behind the report, told ABC News.

The church spent the most money lobbying in Pennsylvania, according to the report, which says that it spent more than $5.2 million fighting three different measures in the state.

In New York, where the Child Victims Act was signed into law in February, the church’s lobbying efforts cost over $2.9 million. 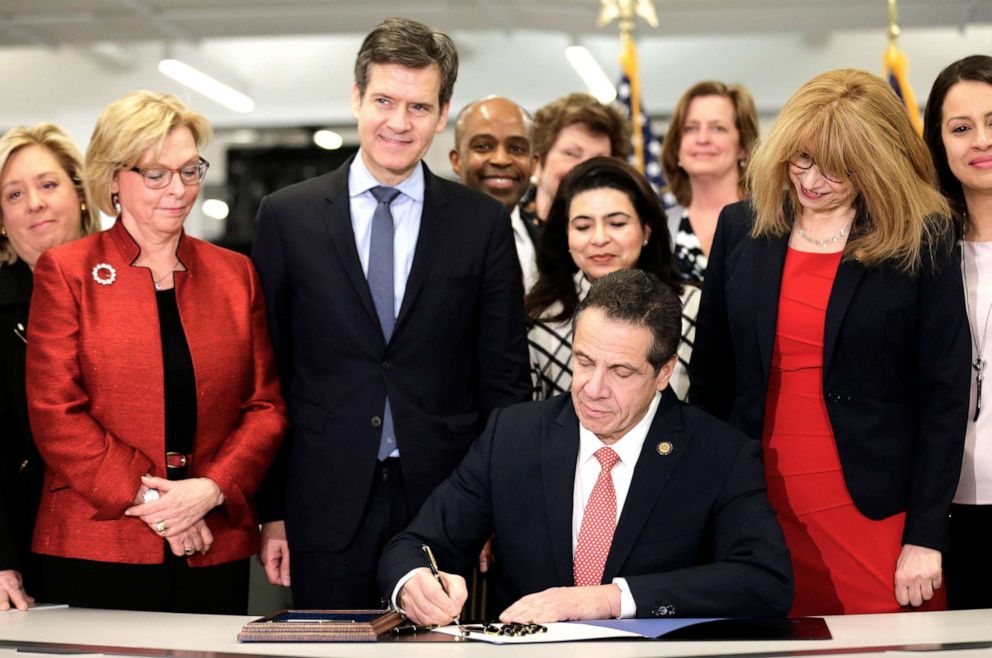 Six-figure sums were also spent in Connecticut, New Jersey, Massachusetts, New Hampshire and Maine, with the $10.6 million rounding out in Rhode Island, where lobbying efforts cost $61,961.

“It really lays out what we have known but it puts it in a really concrete form: that the Church and even the pope has continued to make broad statements that they stand in support of sexual abuse survivors but what we really see in this report is that their actions aren’t in line,” Simpson Tuegel said.

Of the eight states detailed in the report, only two — New York and New Jersey — have officially passed laws that allow victims to bring civil claims against their alleged abusers. Five of the other states have undergone various efforts that are currently moving through the state legislature or waiting for gubernatorial approval.

The lawsuits, which are expected to increase as more states implement a so-called “revival window” — where victims can raise civil claims against alleged abusers after the criminal statute of limitations has expired — are not only a concern for the Catholic Church.

For her part, Simpson Tuegel said that she thinks the lawsuits will help “pull back the curtain” on the ways that the Catholic Church has been handling sexual assault claims.

“It forces the Church into the light,” she said, “and it requires them to answer in a public court as to what they have done and what they failed to do for all of these people who have been harmed under their watch and by their priests.”