This is the adorable moment a cat becomes amazed when a moth lands on its nose.

The heart-warming video shows the one-year-old British Shorthair cat looking up in wonder at the creature on its face.

The cat, whose name is Tootie Bunface, sticks her head inside a perspex box holding the white moth.

The moth lands on the cat’s nose and Tootie Bunface’s eyes open wide in shock.

She retracts from the box and looks down at the end of her nose at the strange creature resting there.

Tootie Bunface then shakes her head in an attempt to shoo the moth and brings her paw up to her face.

The adorable cat then looks up to the sky still confused and finally the moth takes flight. 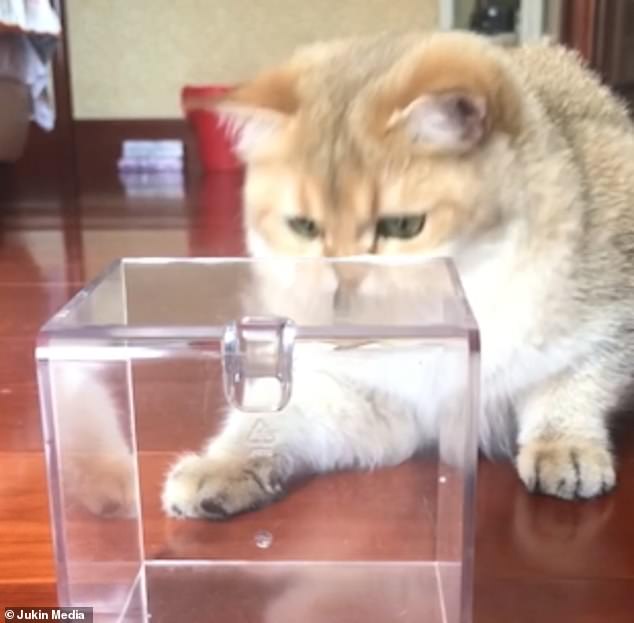 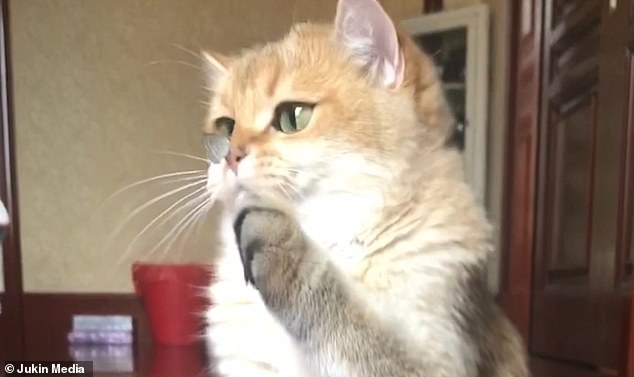 The cat, who is something of a celebrity on Instagram with 62,000 followers, looks in wonder at the moth

Tootie Bunface gazes around in amazement seemingly struggling to comprehend what has just happened.

The video has gone viral on Reddit, attracting 111,000 upvotes since it was posted yesterday.

Tootie Bunface is something of a celebrity on Instagram, boasting 62,000 followers.