‘It looks a lot like perjury’: Tucker Carlson accuses Dr Fauci of lying to the Senate after emails reveal he feared Wuhan scientists were doing gain of function research – but he told lawmakers they weren’t

Fox News Host Tucker Carlson on Wednesday accused Dr. Anthony Fauci of perjury, saying that a trove of the expert’s emails released earlier in the day suggested he had lied about the Wuhan lab’s research into the origins of the coronavirus.

Carlson said the emails also suggested Fauci made misleading statements about the efficacy of post-infection immunity and mask wearing.

‘We’re Americans, he said. ‘So we assumed the man in charge of protecting the US from COVID must be rational and impressive.

‘We also assumed he must be honest, but we were wrong. It soon became clear that Tony Fauci was just another sleazy federal bureaucrat, deeply political and often dishonest.

‘More shocking than that, we then learned that Fauci himself was implicated in the very pandemic he’d been charged with fighting.’

Carlson’s comments came after a trove of 3,200 of Fauci’s emails from January to June 2020 were obtained and published by Buzzfeed.

They showed leading virus experts warning Fauci that COVID-19 may have been created in a lab while he publicly played such claims down. 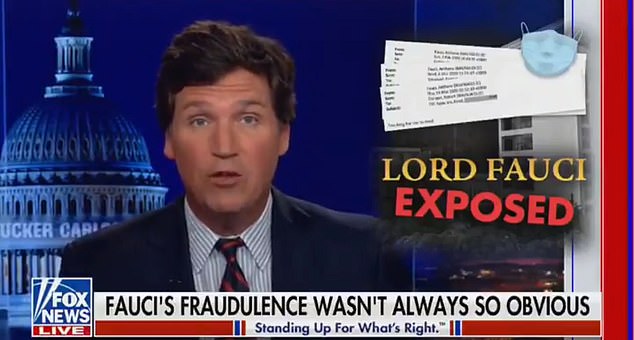 Fox News Host Tucker Carlson said a trove of emails released Wednesday from Dr. Anthony Fauci suggested the nation’s top disease expert had lied about research into the origins of the coronavirus, and accused him of perjury.

The host’s dissection of the emails began with ones Fauci sent early in the pandemic expressing worry that people might believe the virus had emerged from the Wuhan Institute of Virology, a Chinese lab in the province the disease is believed to have come from.

The worry, Carlson said, was likely based around US government-funded research done in collaboration with the lab.

On Jan. 1 2020, shortly after the first cases of the virus were detected, Dr. Kristian Anderson, an immunologist at the Scripps Research Institute emailed Fauci saying that some features of the virus could potentially be man made.

Shortly after, Fauci sent an urgent email to a deputy of his, Hugh Auchincloss, asking him to review a document he was attaching, which was titled ‘baric, shi et al nature medicine SARS gain of function.’ 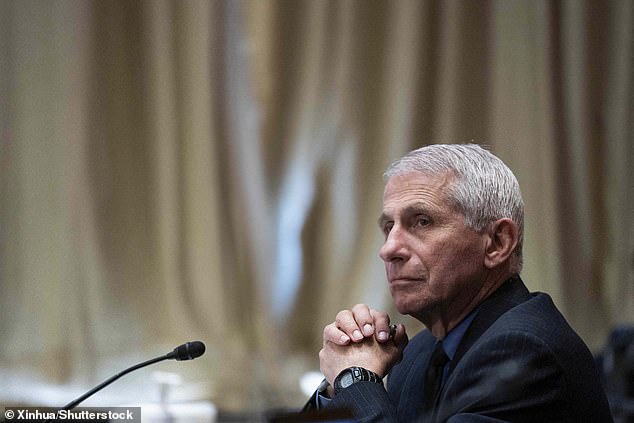 Carlson went so far as to say Fauci had tried to cover up suggestions that the virus could have been manmade, as well as the nature of US government funded research into the disease in Wuhan, the Chinese province where the virus emerged from

Although the contents of the attachment are unknown, the title, Carlson said, was likely a reference to Dr. Ralph Baric a US-based virologist, who had performed US government-funded research in collaboration with Wuhan Institute scientist Dr. Shi Zhengli, who specializes in coronavirus transmission in bats.

As recently as May 11, Carlson said, Fauci had denied Baric had conducted gain of function research into the coronavirus, which he says the emails suggest is a lie.

‘In retrospect that looks a lot like perjury,’ the host said.

In other emails from early in the pandemic, British medical researcher Dr. Jeremy Farrar, who was involved in early top secret conference calls discussing the virus, shared an article from the website ZeroHedge suggesting that the virus could be a bioweapon. 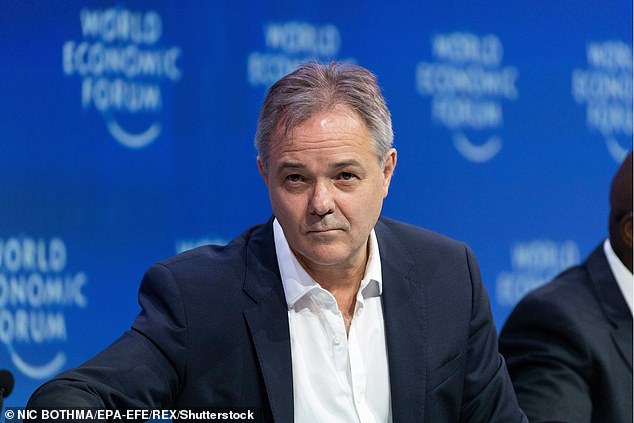 British medical expert Dr. Jeremy Farrar, who was in early international discussions about the coronavirus shared an article from a website suggesting the virus was a bioweapon. Social media networks would later ban the sharing of articles from that site

Carlson said that conclusion seemed more likely than the early reports saying the virus may have emerged from Chinese pangolins.

Articles shared from ZeroHendge were later banned on major social media networks, which the host said was after pressure from figures like Fauci who said the virus couldn’t be manmade.

On April 17, 2020 Fauci announced that it was believed the virus had emerged from bats in China, which Carlson contends the disease expert could not have known definitively that early in the pandemic.

‘At that point, he could not have known that,’ he said. ‘That was dishonest.’

In an email sent two days after the announcement, Dr. Peter Daszak, a virologist who was doing US government-funded coronavirus research in Wuhan, thanked Fauci for: ‘publicly standing up and stating that the scientific evidence supports a natural origin for Covid 19 from a bat-to-human spillover.’ 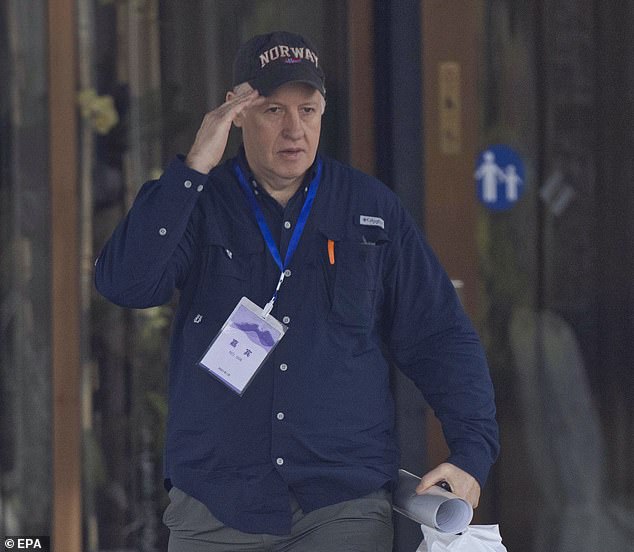 Carlson said the emails suggested Dr. Peter Daszak, a virologist who was doing government-funded coronavirus research in Wuhan, could be under criminal investigation

Much of the rest of the email, however, was redacted under a Freedom of Information Act section that blocks the release of records that could interfere with law enforcement proceedings.

Carlson suggested it could suggest an investigation into the two’s dealings.

‘Are Peter Dazak and Tony Fauci under criminal investigation? We can only hope they are. They certainly deserve it’

Other emails between oncologist Dr. Ezekiel Emanuel, and Fauci, Carlson said, suggested that Fauci has made misleading comments about the efficacy of coronavirus immunity after one has recovered from virus.

In a March 4, 2020 email responding to an inquiry from Emanuel concerning the matter, Fauci wrote that there’s, ‘No evidence in this regard but you would assume that their would be substantial immunity post infection.’

‘Studies now show that it’s true,’ Carlson said. ‘In fact, studies now show it is true. People who have had Covid and recovered almost never get sick again from Covid. So they don’t need to be vaccinated.’

He noted, however, that the disease expert has yet to confirm how safe one is from infection after recovering from the virus.

Other emails with Emanuel early in the pandemic, Carlson said have Fauci cast doubt on the efficacy of mask wearing, which the doctor has repeatedly urged in public since then.

Drawing from the email’s conclusion the masks, Carlson said, ‘are in short, a form of make belief he had once again, well, under oath in public Tony Fauci claimed precisely the opposite.’