Canadian foreign minister says diplomats can no longer get accreditation or visas under Nicolas Maduros ‘regime’. 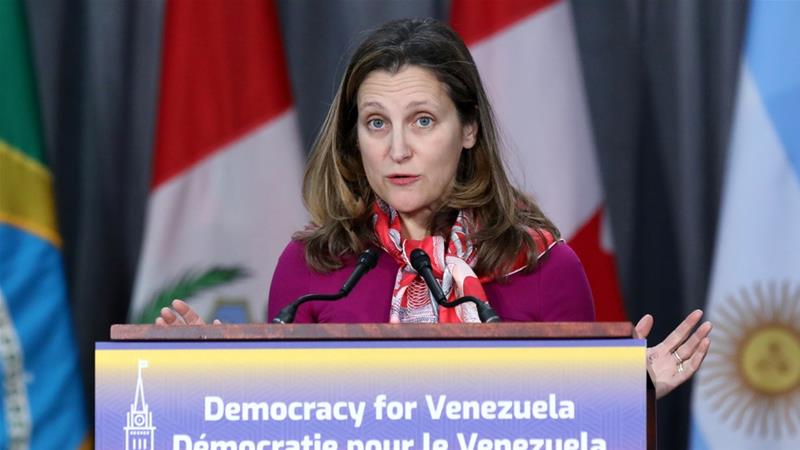 Canada has suspended operations at its embassy in Venezuela because its diplomats will no longer be able to obtain visas.

Canadian Foreign Minister Chrystia Freeland said in a statement on Sunday that Venezuela’s President Nicolas Maduro’s “regime has taken steps to limit the ability of foreign embassies to function in Venezuela”.

Canada is one of a dozen countries in the Lima Group regional bloc that recognises opposition leader Juan Guaido as Venezuela’s legitimate president and is demanding that Maduro resign.

“Unfortunately, at the end of this month, Canadian diplomats in Venezuela will no longer be in a position to obtain diplomatic accreditation under the Maduro regime and their visas will expire,” Freeland said in the statement.

“Therefore, we are left with no choice but to temporarily suspend our operations at the embassy of Canada to Venezuela, effective immediately,” she said.

Freeland said Canada was “also evaluating the status of Venezuelan diplomats appointed by the Maduro regime to Canada”.

The Venezuelan foreign ministry has made no comment on the events.

Canada has been one of the countries at the forefront of international efforts to pressure Maduro to resign since he was re-elected in a ballot widely criticised as a sham.

Under Maduro, Venezuela has slipped into an economic, political and humanitarian crisis with inflation estimated to reach 10 million percent this year, according to the International Monetary Fund (IMF).

United Nations figures say more than three million people have fled the country since the economic crisis began in 2014, amid food and medicine shortages and a spike in crime.

Canada’s suspension of embassy operations comes as Freeland and other Lima Group representatives are set to meet the International Contact Group on Venezuela (ICG) in New York on Monday to discuss the crises.

It is the first time the two groups – which were both formed to exert international pressure on Maduro – have met over Venezuela.

Freeland said on Sunday that through the Lima Group, Canada will continue to advocate for democracy in Venezuela.

Monday’s meeting follows the breakdown of talks between Venezuela’s government and the country’s opposition in Norway, which collapsed without an agreement on Thursday. 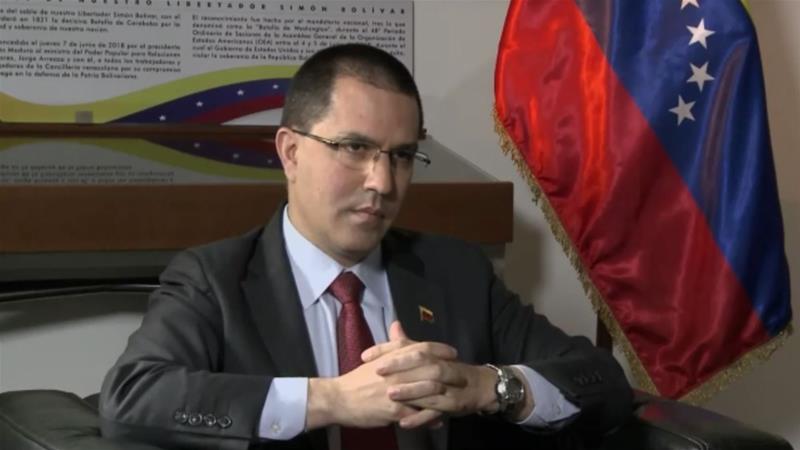 Venezuela’s Jorge Arreaza: ‘There is no perfect government’