US lawmakers have met today to certify the victory of President-elect Joe Biden in the 2020 US presidential election. But the proceedings have been interrupted by protesters, who have descended on the US Capitol building. Police fired tear gas and ordered the evacuation of several office buildings after the protests turned violent, and lawmakers have been placed on lockdown inside the building.

Donald Trump vowed today he “will never concede” the election, telling a crowd of supporters: “All of us here today do not want to see our election victory stolen by emboldened radical Democrats.”

“You don’t concede when there’s theft involved. Our country has had enough. We will not take it anymore.”

Mr Trump tweeted today that his Vice-President, Mike Pence, did not have the “courage” to block the formal confirmation of Mr Biden as President. 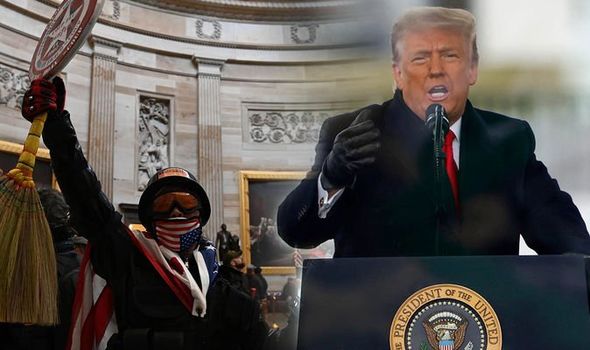 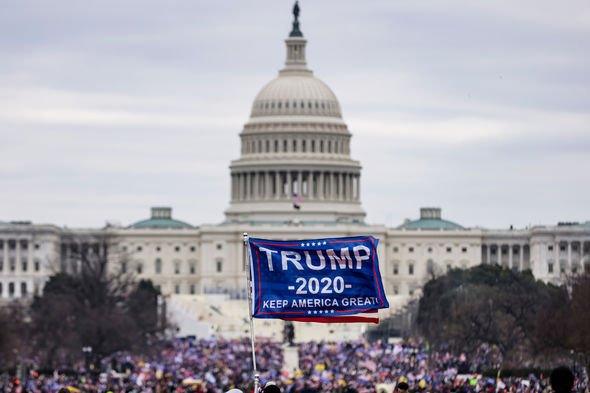 He tweeted: “Mike Pence didn’t have the courage to do what should have been done to protect our Country and our Constitution, giving States a chance to certify a corrected set of facts, not the fraudulent or inaccurate ones which they were asked to previously certify. USA demands the truth!”

The actions of protesters at the Capitol has been widely condemned by politicians and lawmakers.

Republican Senator Mitt Romney told the New York Times: “This is what the president has caused today, this insurrection.”

“If blood is shed, it will be on his hands. These actions, fueled by lies and wild conspiracy theories espoused by President Trump, must be unequivocally condemned by every corner of our society.” 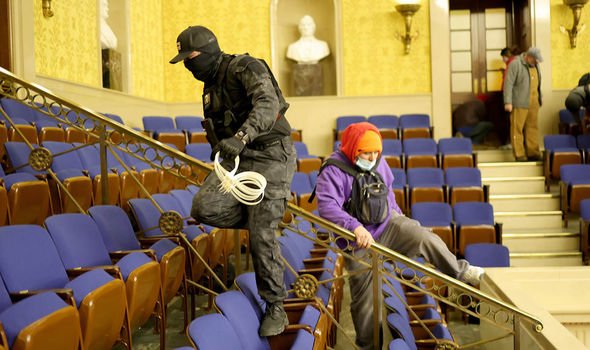 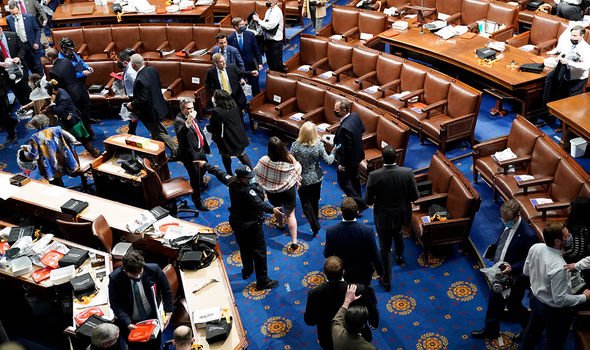 According to the Cambridge Dictionary, sedition is “language or behaviour that is intended to persuade other people to oppose their government”.

While Donald Trump currently heads the US administration, his leadership will not last much longer.

When Mr Trump is no longer in office, any sign of encouraging his supporters to oppose the new Government could be seen as sedition.

Congress today has been tasked with formally certifying the November election results, in a debate that was expected to stretch for several hours as some Republican lawmakers – including Mike Pence – sought to throw out election results in states the president narrowly lost.

DON’T MISS:
Trump ‘has formed new party’ as he tries to ‘punish his enemies’ [ANALYSIS]
Why is Donald Trump in a box? [INSIGHT]
Joe Biden’s confirmation by Pence set to unleash Trump’s ‘psychodrama’ [VIDEO] 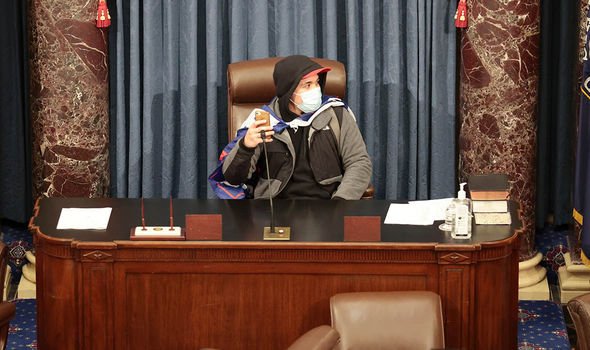 Should Congress conclude they should certify President-elect Joe Biden’s victory, the Democrat could be inaugurated in a few short weeks, meaning Mr Trump does not have that long left in power.

Mr Trump has asked protesters at the Capitol to be “peaceful” in a recent social media post.

Mr Trump tweeted: “I am asking for everyone at the US Capitol to remain peaceful.

“No violence! Remember, WE are the Party of Law and Order – respect the Law and our great men and women in Blue. Thank you!” 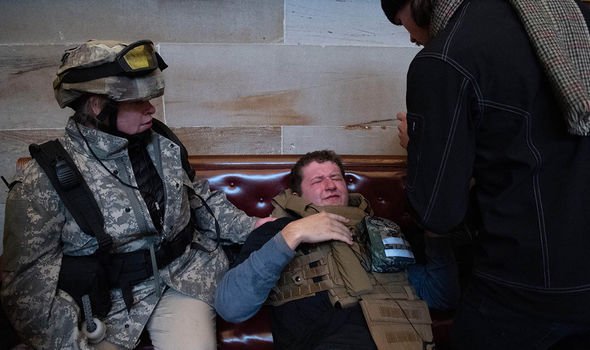 Can Trump be charged with sedition or treason?

Author Sasha Abramsky has demanded Mr Trump be brought to justice for sedition in a comment piece written for The Nation.

He said: “Trump is now talking the sedition talk on a daily basis, and, one has to assume, actively planning ways to walk the sedition walk over the next month.

“He is meeting regularly with Sidney Powell, Steve Bannon and other plotters, and daily he is being fed a diet of ever more extreme scenarios for overturning the election results.

“This is no idle chatter, and even if we had once been inclined to dismiss it with words to the effect of ‘Oh, it’s only the crazy old guy blowing off steam,’ we no longer have that luxury.

“In increasingly specific language, Trump and his band of traitors are advocating some combination of martial law, national emergency, and paramilitarism as a way to cling to power.”

Some US politicians have also called for Mr Trump to be prosecuted for sedition.

In another tweet, Mr Huffman wrote: “Never imagined I would be locked down in the US Capitol trying to ride out a violent coup attempt led by an American President.”

Texas Congressman Al Green tweeted: “@realDonaldTrump call on YOUR supporters to stop this madness that YOU incited!

“The Constitution intended a peaceful transfer of power.

“This is seditious. Only a dictator or would-be dictator would encourage this. Which are you?”

Treason under the US legal perspective is defined as someone who owes allegiance to the United States that “levies war against them or adheres to their enemies, giving them aid and comfort within the United States or elsewhere”.

When Mr Trump leaves the White House, it may become clearer whether he could face prosecution for his conduct related to the election.