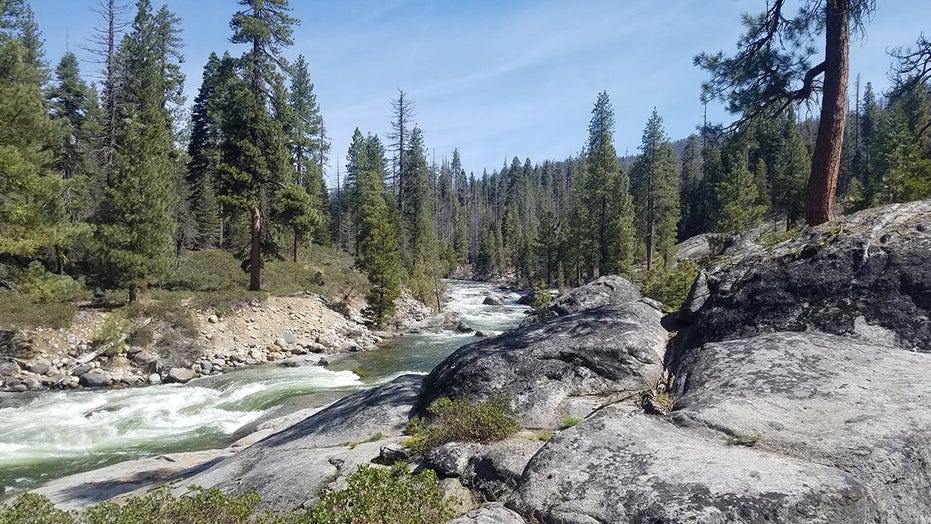 Autopsies completed Thursday on a Northern California couple and their 1-year-old daughter who were found dead this week on a hiking trail in a national forest failed to reveal how they may have died, prompting investigators to keep digging into the mysterious deaths.

John Gerrish, his wife, Ellen Chung, their daughter, Miju, and their dog were found Tuesday on a hiking trail near Hite’s Cove in the Sierra National Forest.

A family friend reported the family missing Monday night after they failed to return from the one-day hike and Gerrish, a software engineer, missed work.

“Investigators have considered whether toxic gasses, toxic algae and carbon monoxide from abandoned mines near in area may have contributed to the deaths,” Mariposa County Sheriff’s spokeswoman Kristie Mitchell told Fox News. 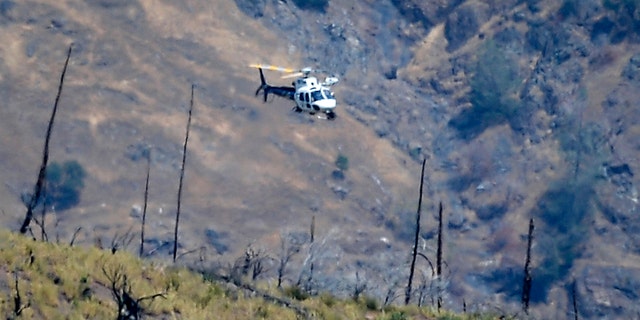 A helicopter hovers over a remote area northeast of the town of Mariposa, Calif., on Wednesday. According to the Mariposa County Sheriff’s Office, the area is reported to be where a family and their dog were found dead on Tuesday. (Craig Kohlruss/The Fresno Bee via AP)

“We’re not focusing on one specific cause at this point,” she said. “There’s just still so many that we can’t rule out. We’ve looked at lighting strikes in the area. We’ve looked at storms… the weather, animals. We’re looking at the entire area as a whole.”

A hazmat situation was declared Tuesday related to the abandoned mines but was eventually lifted. The State Water Resources Control Board said Thursday it was testing waterways in the area for any toxic algae blooms.

The National Forest Service last month urged people not to swim, wade or allow pets because toxic algae found in the Merced River near Hites Cove.

The couple was known to be avid hikers. Their friend, Mariposa real estate agent Sidney Radanovich, said Gerrish was a San Francisco-based software designer who, with his wife, “fell in love with the Mariposa area” and bought several homes there, a residence for themselves and rental investments.

None of the bodies had physical wounds like gunshots or signs of trauma and no suicide note was found, Mitchell said.

“It makes for a very unique, very strange situation,” she said. “I think it’s going to be a very long and in depth, thorough investigation because it isn’t as clear cut as what some cases are.”

The Mariposa County Coroner is awaiting toxicology results from the bodies, which could take several weeks.

A necropsy on the family dog is also being conducted, Mitchell said.