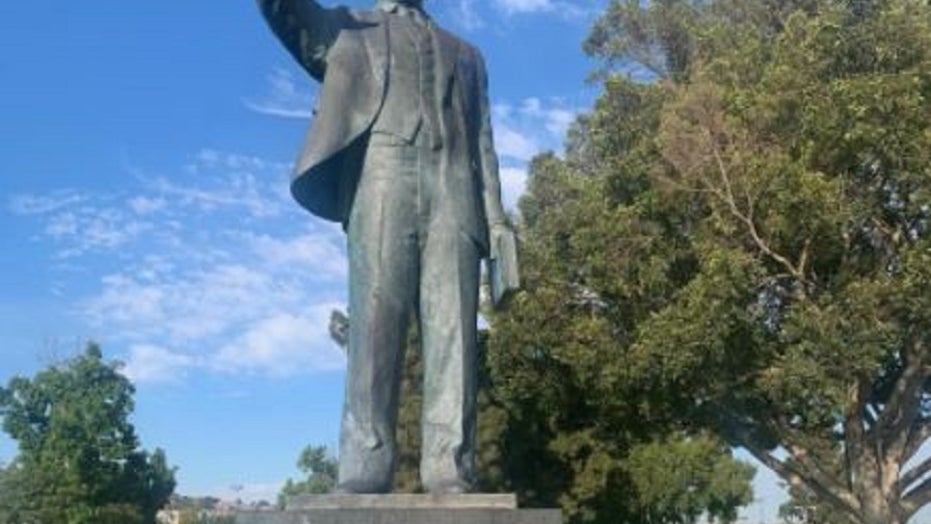 The vandalism of a Martin Luther King Jr., statue in a Southern California park that was found graffitied with hate symbols is being investigated as a hate crime, authorities said.

The Long Beach Police Department said it was notified of the graffiti on the statue at a park named after the slain civil rights leader just before 3:30 p.m. on July 2, a police spokeswoman told Fox News. 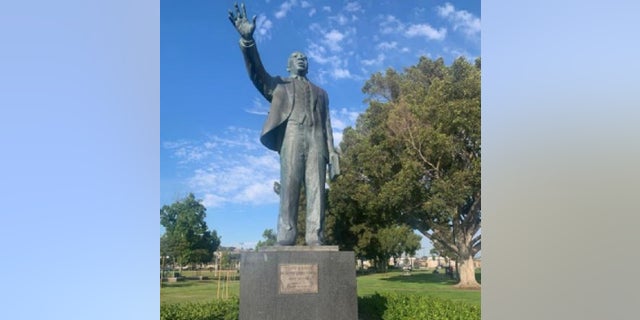 A statue of Martin Luther King Jr., was vandalized with hateful images and is being investigated as a hate crime, authorities said.
(Long Beach Councilwoman Suely Saro / Facebook)

On the front of the statue were a swastika and Nazi SS bolts, the Long Beach Post reported. The city Parks, Recreation and Marine department removed the graffiti over the weekend, police said.

No information on potential suspects was available.

In a tweet on Monday, Long Beach Mayor Robert Garcia called the statue a “symbol of hope and justice for the community.”

“This hate and desecration has no place in our city,” he wrote.

A local group called the AOC7 Neighborhood Group staged a rally near the monument to stand against hate. Mary Simmons, a member of the group, told the Post said they wanted to speak out against hate-motivated crimes.

“Especially right now with all the uprising—and this? We’re not going to take this sitting down,” she told the news outlet. “We are tired of being silenced.”

City Councilwoman Suely Saro posted images of the statue on Facebook, including one of crews removing the racist imagery. 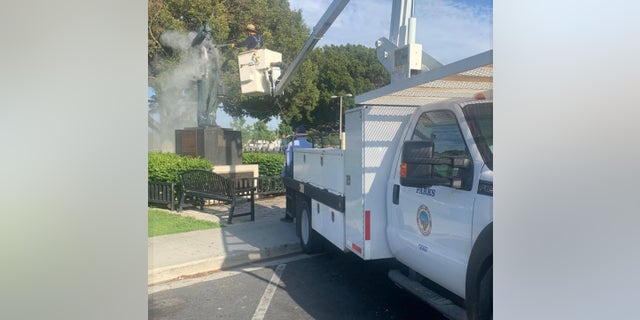 “Hate has no home in Long Beach,” she wrote.

In 2019, a plaque honoring the people who sponsored the statue was stolen. It was replaced in February, according to the Post.