A PASSENGER boarded a Manchester bus with a boa wrapped around his neck yesterday – but not the feathery kind.

The man hopped on the vehicle in Salford with a huge SNAKE on his shoulders, to the shock of other travellers. 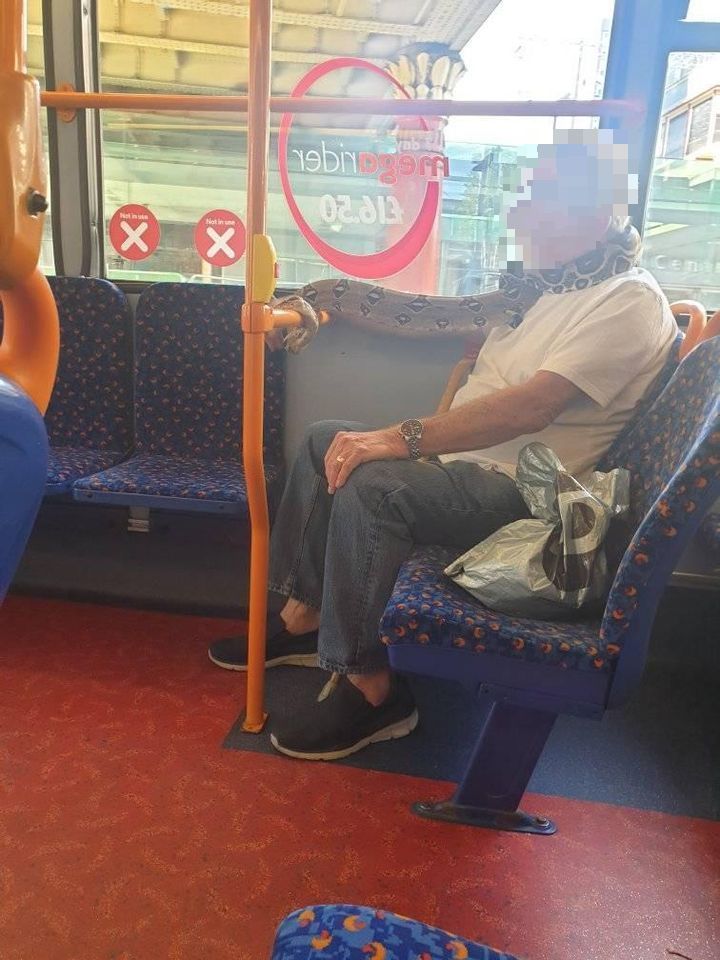 He had the creature around his face and nose as he boarded the bus for the journey from Swinton to Manchester.

But as the six-and-a-half mile drive unfolded, the passenger took the snake from around his shoulders – and let it wrap itself around the hand rails.

One witness, who did not wish to give her name, told the Manchester
Evening News the sight was “definitely entertaining”.

The 46-year-old, from Swinton, said: “He had it wrapped around his
face like a mask getting on the bus.

“At first I thought he had a really funky mask on, then he let it
crawl around the hand rails.

“No one was really bothered on the bus but a man behind took a video.

"It was definitely entertaining.”

The unexpected traveller may have looked huge – but it's a tiddler compared to one of the biggest snakes in captivity, which belongs to a Gloucestershire dad-of-two.

But in adulthood the creature measures a whopping 18 FEET – and feasts on deer, goats, calves and pigs supplied by local farmers. 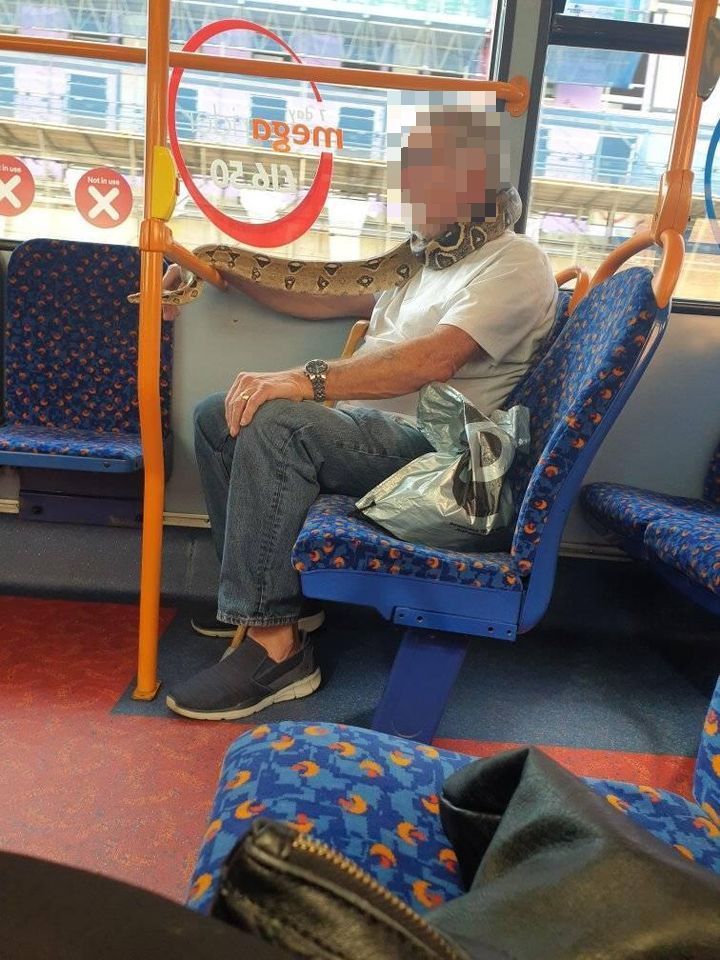 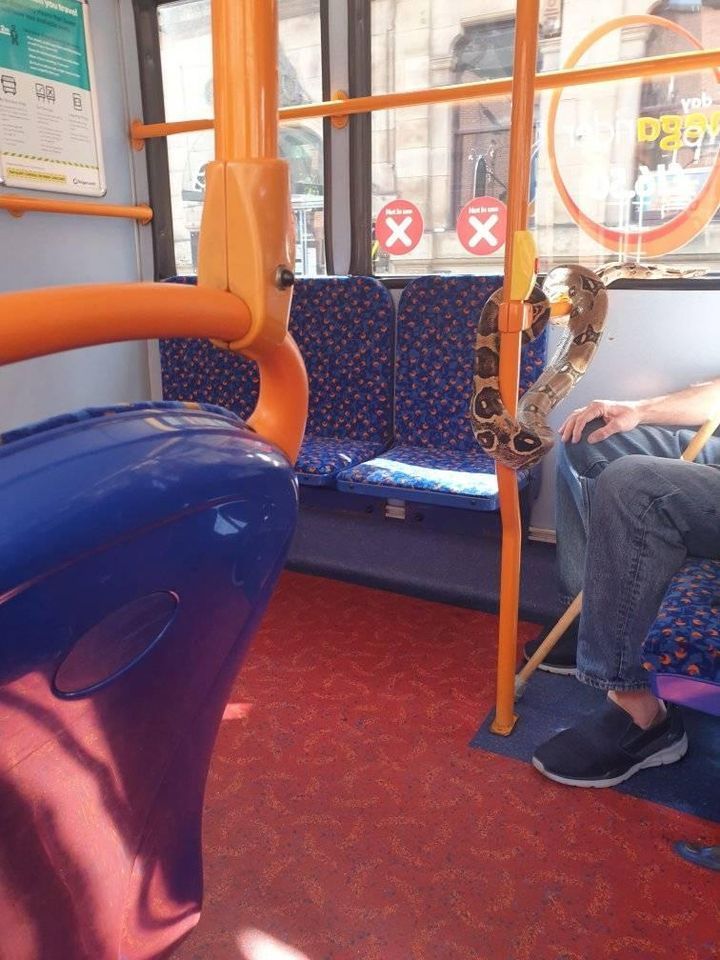 The pet costs thousands of pounds to keep and could be lethal if mishandled, squeezing a human to death in minutes and swallowing them whole.

Although Marcus says he doesn't believe Hexxie is dangerous, he keeps the creature away from his young sons.

He said: "I think people are so scared of snakes because they think they are going to kill them – but if people come around I can talk to them all day long about snakes to reassure them.

"[But] I would not get her out with the boys around. I would only do it while they were in bed or another room.

"I don't think she'd be dangerous towards them but you have to use your common sense and I'm a responsible pet owner."

Experts say the biggest ever Burmese python was 18ft 8ins but Marcus think Hexxie is even bigger.

He says when he last measured his pet of eight years she was over 18ft – and has grown a lot since then.

And this summer, a (fortunately much smaller) snake rattled a granddad when it fell from a tree.

Retired Chris Tredwell was walking his daughter’s dogs in Hartsholme Country Park, Lincoln when the 3ft reptile “brushed past his nose” as it plunged out of the sky. 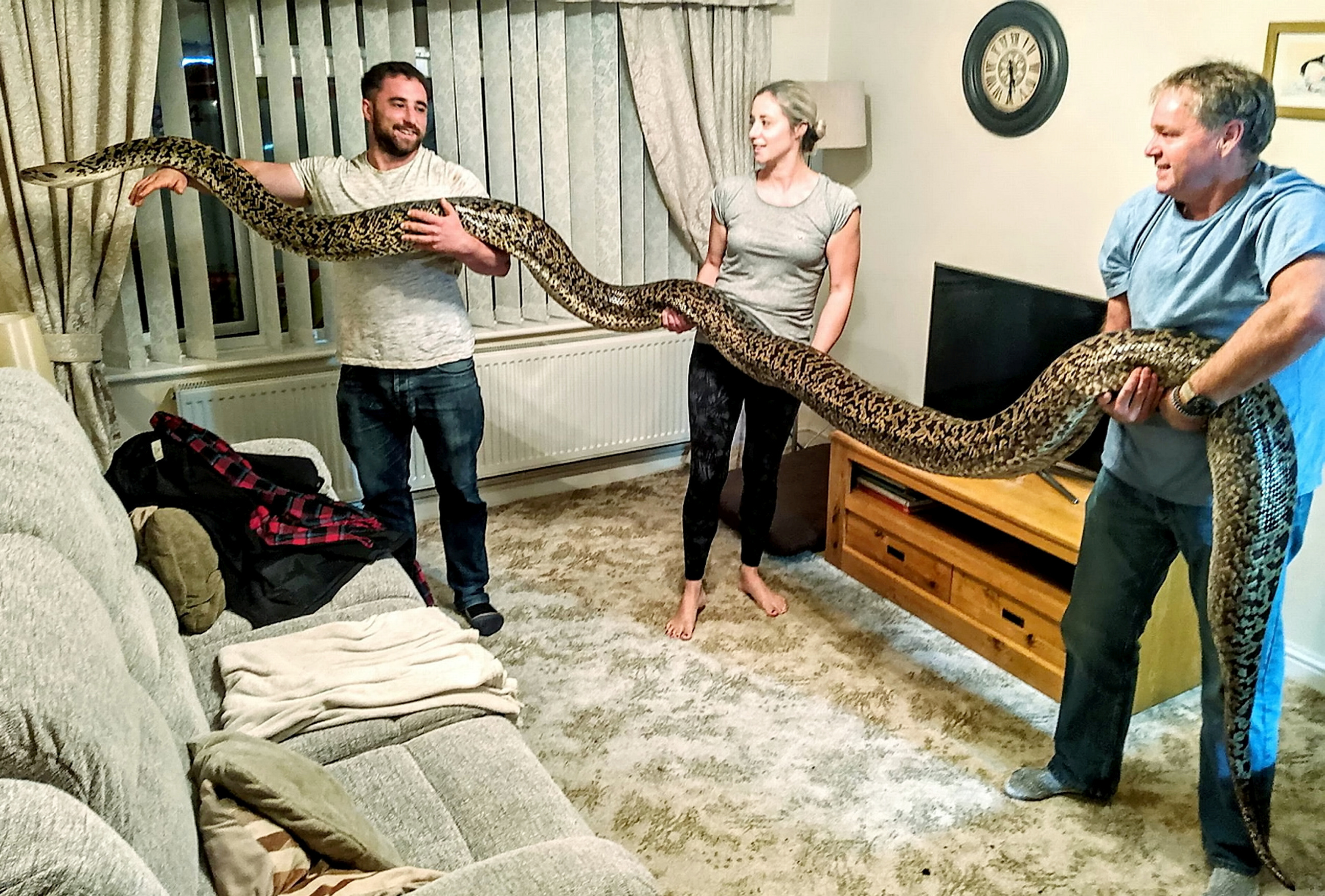 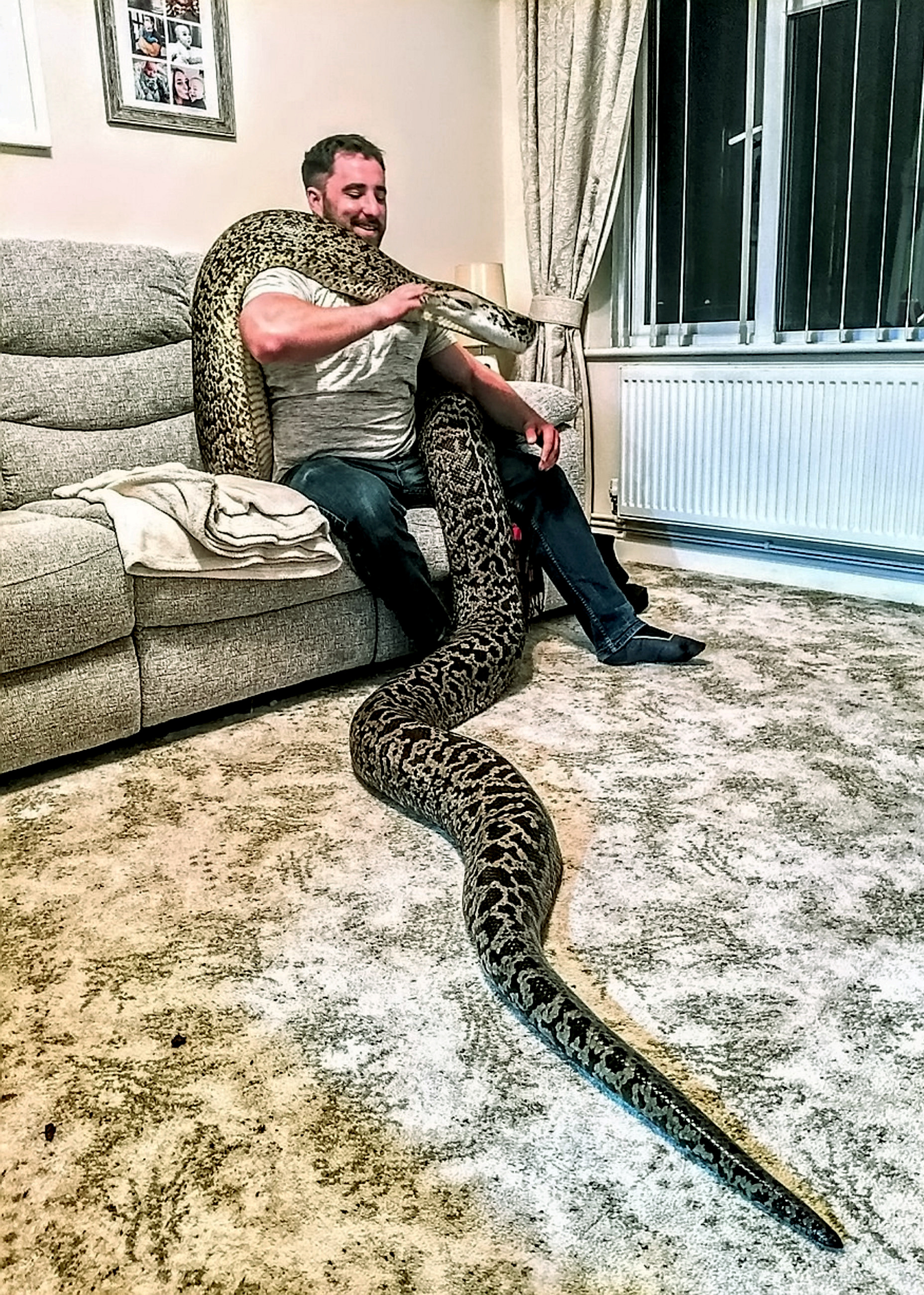