London to Edinburgh… on the £15 express! Budget rail service will offer fares between the two capitals at rock-bottom prices

It’s often cheaper to hop on a Ryanair or easyJet flight to Spain than catch a train to Scotland.

Now, though, there is just the ticket for passengers looking for a bargain break.

From next month, a budget rail service called Lumo will offer fares from London to Edinburgh for less than £15. 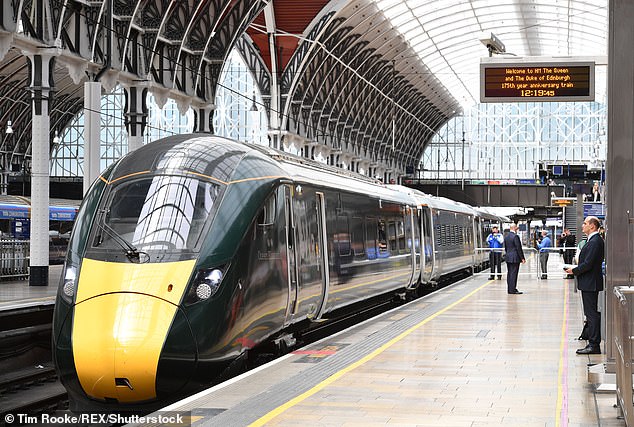 From next month, a budget rail service called Lumo will offer fares from London to Edinburgh for less than £15 (file image)

As you’d expect for that price the service has a few catches – just like the no-frills airlines.

There will be no first-class carriages, nor will there be buffet cars. Instead passengers can order food and drink via a smartphone app to be delivered to their seats, or wait for the traditional on-board trolley to rattle past.

Single fares between King’s Cross and Edinburgh will start at £14.90, both on and off-peak. The cheapest return will cost £29.80.

The ultra-low fares have to be booked in advance, but will be available up until a day before travel.

By comparison, an off-peak single fare booked ahead on the existing Edinburgh service costs about £70, according to the National Rail Enquiries website.

Lumo is owned by FirstGroup, which currently runs trains on the West Coast Mainline.

It wants to cash in on leisure rail travel, which bounced back to pre-pandemic levels much faster than the commuter market. 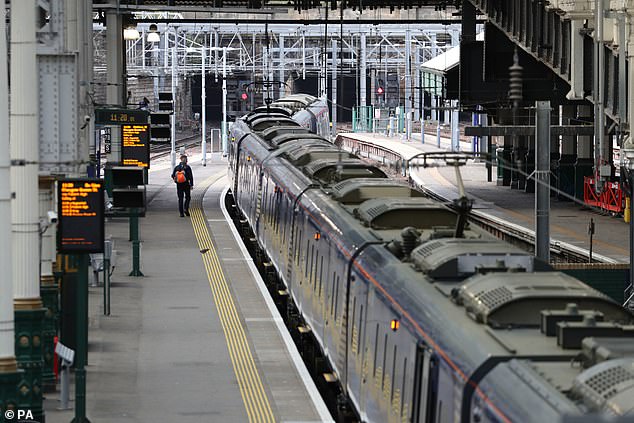 Single fares between King’s Cross and Edinburgh will start at £14.90, both on and off-peak. The cheapest return will cost £29.80 (file image)

The company said it also wants to undercut airlines as a more carbon-friendly and cheaper option.

In June this year, 74,764 passengers flew to Edinburgh while 82,002 went by rail. If they flew British Airways from Heathrow to Edinburgh, they would have paid about £150 for the privilege.

The new service will bring Lumo into direct competition with LNER. There will be two services a day each way to start with, increasing to a maximum of ten by early next year.

Trains will call at Stevenage, Newcastle and Morpeth, compared with four stops, starting in York, on the fastest LNER service.

Lumo’s fares between London and Newcastle will start at £11.90 and £6.90 for the Newcastle to Edinburgh leg.

It stressed that despite having only one class of carriage, passengers would have ‘optimised’ leg room and larger tray tables.

Other benefits include free on-board wifi, while passengers can order food before boarding from popular high-street brands.

Helen Wylde, managing director of Lumo, said it was a ‘new rail travel experience that is kinder to the planet and better value, while never compromising on service’.