A BRUTAL cartel gang has shared images of hitmen eating snacks and playing music while burning the body of a victim in Mexico.

The incident is an example of so-called "narco kitchens", where people are cooked in oil drums or ovens until they are reduced to ash for easy disposal. 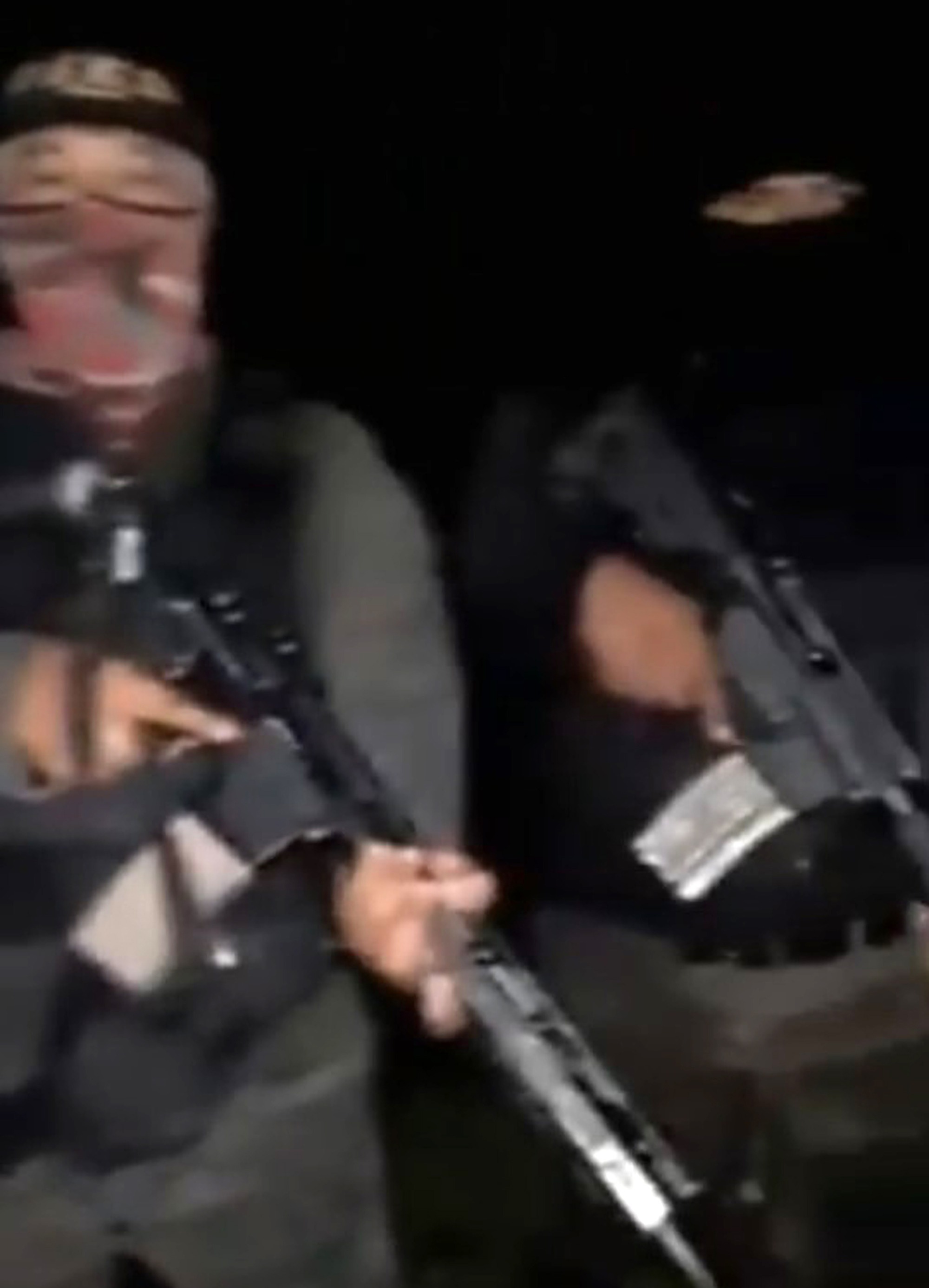 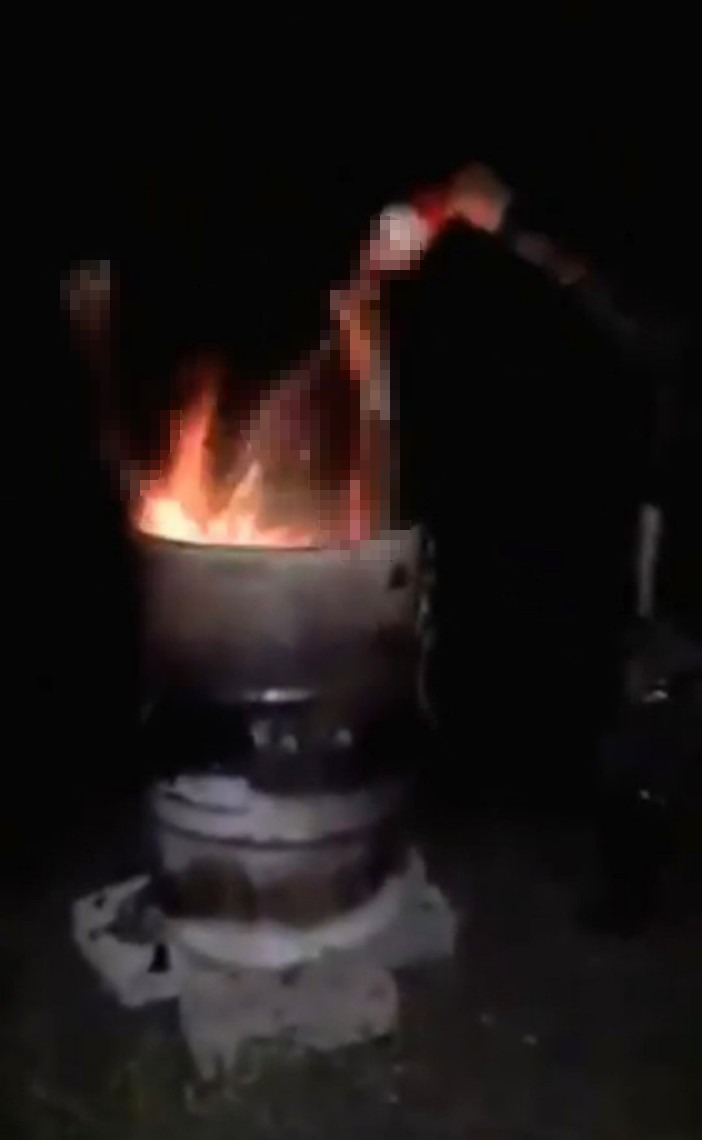 The burning, which was filmed and then shared on social media, is said to have taken place in Tantoyuca, Veracruz, in south-western Mexico.

A clip reportedly shows members of a cartel known as the Special Forces Grupo Sombra having a meal while listening to music.

As they eat, drink and laugh, they reportedly burn what seems to be human remains inside a 200-litre drum in an area they have under their control.

At the start of the shocking clip, the hitmen are posing with their special ops clothes and their guns.

A Latin American hip hop song that talks about violent street life can be heard in the background.

The footage appears to show what looks like two human legs hanging out of the drum.

In a second video, the hitmen go from posing for the camera to calmly eating snacks while the body is still burning.

At the end of the clip, one of them can be seen throwing more fuel onto the fire to continue burning the body

The practice of "cooking" people who are against certain cartels began to be used by the Cartel De Los Zetas back in 2010 when they separated from the Gulf Cartel and different turfs in Tamaulipas began to fight them.

The longest-serving hitmen who are in the Shadow Group (Grupo Sombra) reportedly learnt this method when they were in the Matamoros faction of the Gulf Cartel. 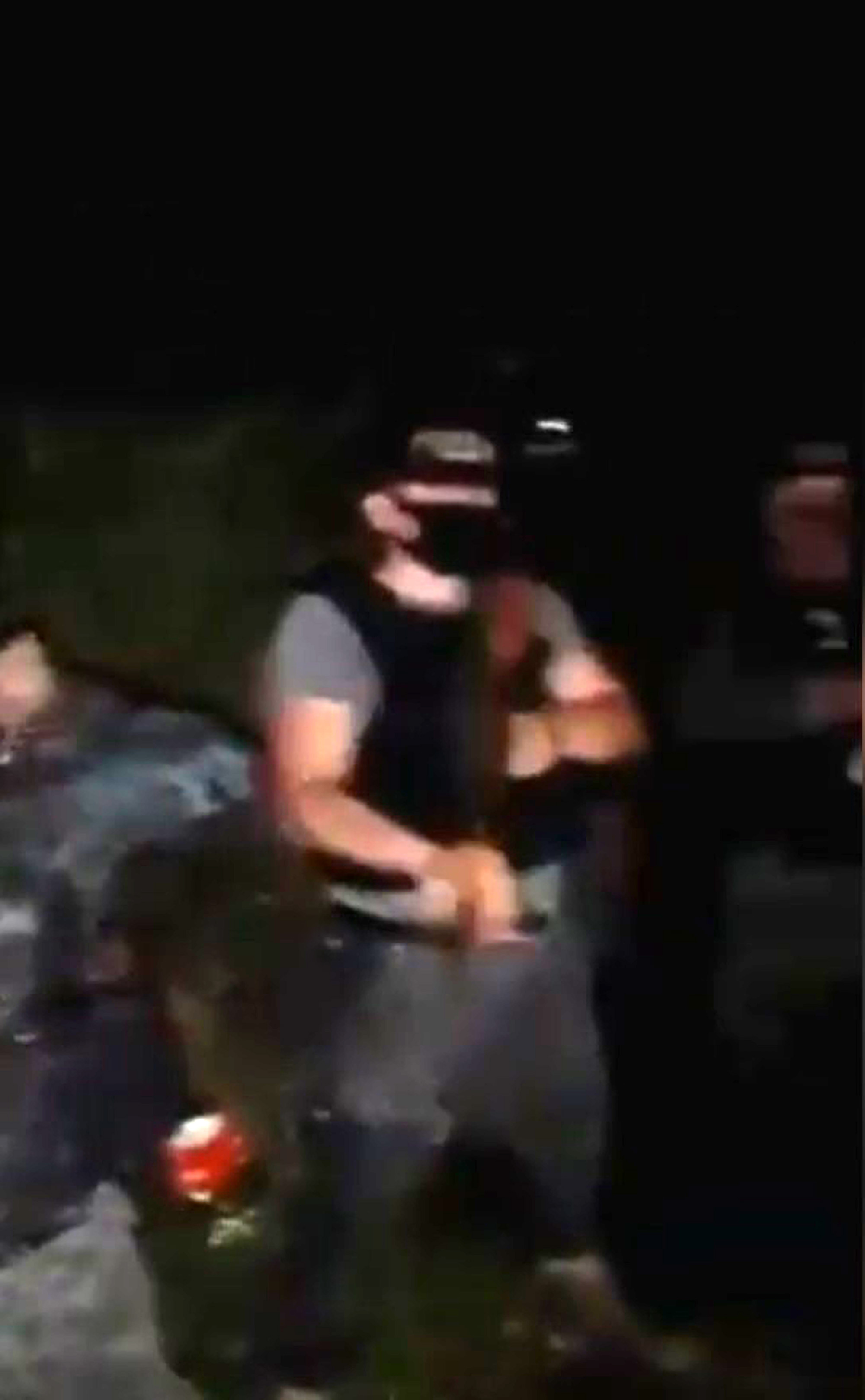 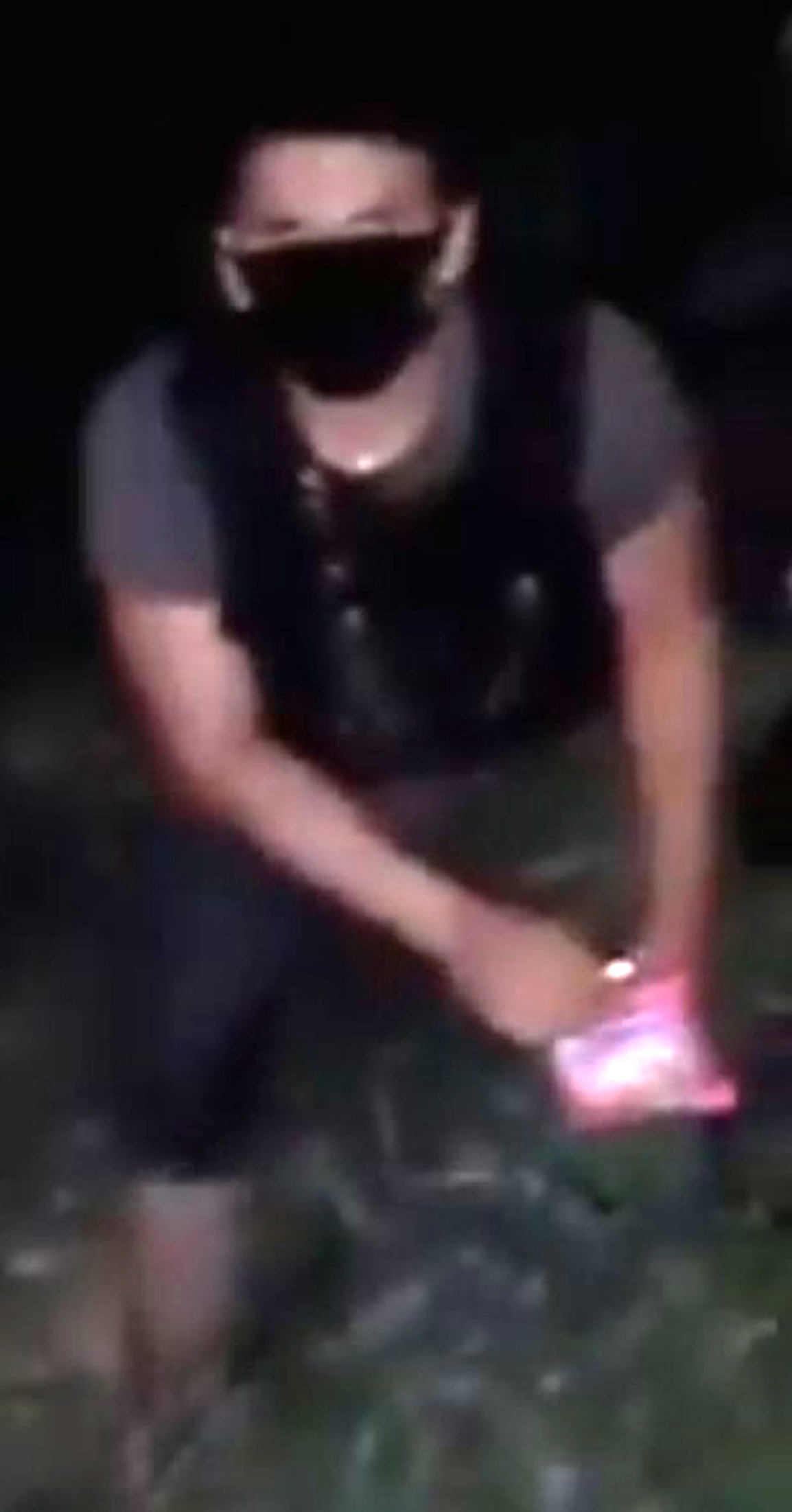 The method or meaning of "Human Kitchen" or "Narco-Kitchen" is to put dismembered remains of a person in trash cans or drums and set it on fire.

Victims can be anyone from rival cartel members, through to journalists, government officials and kidnap victims killed when the ransom is not paid, Mexico Codigo Rojo reports.

Countless numbers of people disappear and are executed in Mexico each year as a result of cartel violence.

Grupo Sombra operates in many areas of Veracruz where it frequently comes into conflict with other gangs.

So far there is no information about the place where the video was recorded.

Authorities have not found the remains of the person shown being burned or as their identity.

In the state of Veracruz, there is a record of several drug trafficking groups that operate, among which the Jalisco Nueva Generación Cartel, the Gulf Cartel and the Los Zetas Cartel as well as the Grupo Shadow, according to Es Noticia Veracruz.