Brussels today gave Boris Johnson until the end of the month to scrap his plans to tear up parts of the Brexit divorce deal as the bloc said a failure to do so will result in legal action.

But rather than reduce tensions the meeting appears to have deepened the divide between the two sides as the EU issued an ultimatum to Downing Street which included a warning that trade talks could collapse unless the PM performs a U-turn.

The bloc said in a statement that if the Government goes ahead with its plans to row back on commitments made in the Withdrawal Agreement it would ‘constitute an extremely serious violation’ of the treaty and of international law.

It has demanded Number 10 withdraw its proposals ‘in the shortest time possible and in any case by the end of the month’ as it said the UK had ‘seriously damaged trust’ between Brussels and London.

The bloc said ‘it is now up to the UK government to re-establish that trust’ as it warned there will be consequences if Mr Johnson does not change tack.

The statement said Mr Sefcovic told Mr Gove ‘the Withdrawal Agreement contains a number of mechanisms and legal remedies to address violations of the legal obligations contained in the text – which the European Union will not be shy in using’.

The EU said it ‘does not accept’ the UK’s argument that the PM’s proposals are necessary in order to protect the Good Friday Agreement and actually believes Mr Johnson’s approach ‘does the opposite’.

Brussels said the current situation ‘put at risk’ the future of trade talks and the EU ‘expects the letter and spirit’ of the Withdrawal Agreement ‘to be fully respected’.

The UK Government is yet to formally respond to the EU’s statement but earlier ministers had set out their intention to crash the PM’s plans through the House of Commons over the next two weeks.

The decision by Downing Street to accelerate the passage of the proposals through Parliament will be seen as a hugely provocative move given just how strongly the EU opposes them.

Michel Barnier and his British counterpart Lord Frost wrapped up the latest round of Brexit trade talks this afternoon, with gloom growing about the prospects of a breakthrough on the key issues of fishing rights and obeying EU rules.

Officials from the bloc have been briefing that they believe the UK is deliberately trying to blow up the process, and has already decided there will not be a deal. 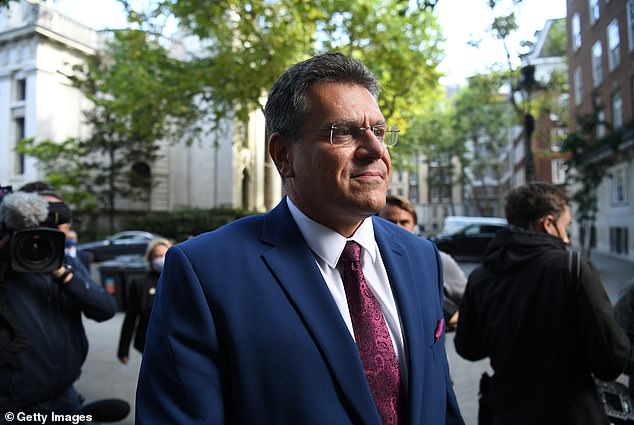 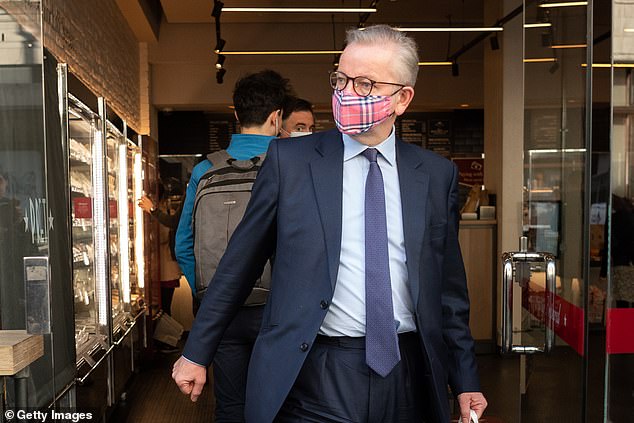 The Government yesterday published its UK Internal Market Bill which ministers have admitted will break international law but insist is necessary to protect the Northern Ireland peace process.

The Bill would see the UK unilaterally decide key details relating to the Brexit divorce deal.

Brussels is adamant the details, which include customs arrangements between mainland Britain and Northern Ireland, must be settled by a joint committee comprised of people from both sides.

She said such actions would ‘undermine trust’ and called on the Prime Minister to honour his past commitments.

Downing Street today did not reject the claim that it was seeking to fast track the legislation through Parliament.

The Prime Minister’s Official Spokesman suggested the swift timetable was necessary to ‘ensure it is on the statute book by the beginning of 2021’.

As well as fury in Brussels, Mr Johnson is also facing a growing Tory rebellion on the issue amid considerable backbench disquiet over the decision to pursue a strategy which will leave the UK in breach of international law.

Lord Howard today became the third former leader of the Conservative Party to criticise Mr Johnson as the PM was accused of putting the UK’s global reputation as a trustworthy nation at risk.

The peer, who served as Tory leader from 2003 to 2005, told a Government minister in the House of Lords: ‘Does my noble and learned friend simply not understand the damage done to our reputation for probity and respect for the rule of law by those five words uttered by his ministerial colleague in another place on Tuesday?

‘Words which I never thought I would hear uttered by a British minister, far less a Conservative minister.

‘How can we reproach Russia or China or Iran when their conduct falls below internationally accepted standards when we are showing such scant regard for treaty obligations.’

Sir John Major and Theresa May had both already criticised Mr Johnson.

Sir John yesterday warned: ‘For generations, Britain’s word – solemnly given – has been accepted by friend and foe. Our signature on any treaty or agreement has been sacrosanct.

‘Over the last century, as our military strength has dwindled, our word has retained its power. If we lose our reputation for honouring the promises we make, we will have lost something beyond price that may never be regained.’

‘Given that, how can the Government reassure future international partners that the UK can be trusted to abide by the legal obligations of the agreements it signs?’ 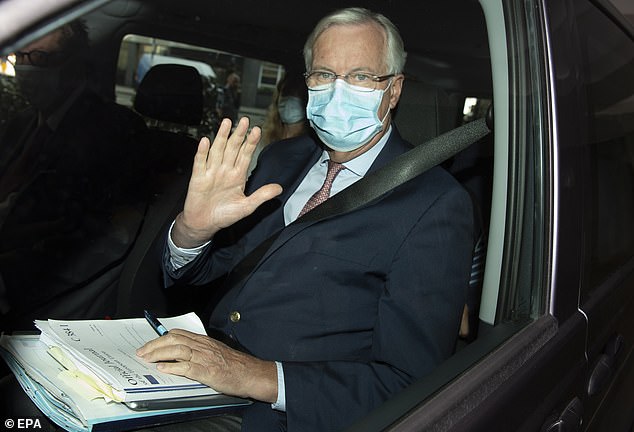 Michel Barnier, pictured in London this morning, will today conclude the latest round of Brexit trade talks with British counterpart Lord Frost but the chances of a breakthrough appear slim

And Downing Street claimed yesterday that the Withdrawal Agreement was ‘not like any other treaty’ because it was sealed ‘at pace in the most challenging possible political circumstances’.

Mr Johnson said at PMQs that his first responsibility was to protect the Peace Process.

‘My job is to uphold the integrity of the UK but also to protect the Northern Irish peace process and the Good Friday Agreement,’ the PM said.

‘To do that we need a legal safety net to protect our country against extreme or irrational interpretations of the protocol, which could lead to a border down the Irish Sea in a way that I believe – and I think members around the House believe – would be prejudicial to the interests of the Good Friday Agreement and prejudicial to the interests of peace in our country. That has to be our priority.’

However, the PM’s approach has spooked some US politicians who have warned there will be no chance of a trans-Atlantic trade deal if the UK does anything to undermine the Northern Ireland peace process.

Nancy Pelosi, the US Speaker of the House, underlined the high stakes as she delivered a stark warning.

She said last night that there was ‘absolutely no chance’ of Congress passing an American trade deal with the UK if the Good Friday Agreement was ‘imperilled’. 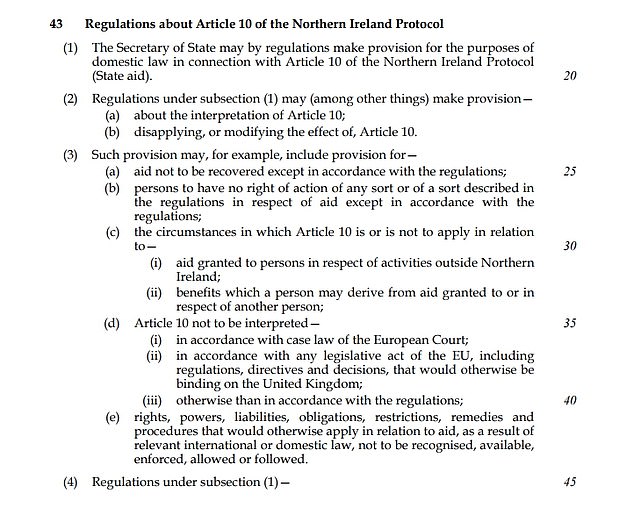 The Internal Market Bill, published yesterday, would unilaterally decide details that Brussels insists must be settled by the joint committee, including customs arrangements between mainland Britain and Northern Ireland

In a statement Ms Pelosi said: ‘The Good Friday Agreement is the bedrock of peace in Northern Ireland and an inspiration for the whole world.

‘Whatever form it takes, Brexit cannot be allowed to imperil the Good Friday Agreement, including the stability brought by the invisible and frictionless border between the Irish Republic and Northern Ireland.

‘The UK must respect the Northern Ireland Protocol as signed with the EU to ensure the free flow of goods across the border.

‘If the UK violates that international treaty and Brexit undermines the Good Friday accord, there will be absolutely no chance of a US-UK trade agreement passing the Congress.

‘The Good Friday Agreement is treasured by the American people and will be proudly defended in the United States Congress.’