The Duchess of Cambridge joined husband William on a trip to the Cumbria town of Keswick this afternoon.

The couple were greeted by huge crowds who gathered in the town centre to meet the future King and Queen.

But it was the children who stole the show as Kate gushed over her adorable little fans in the north west county. 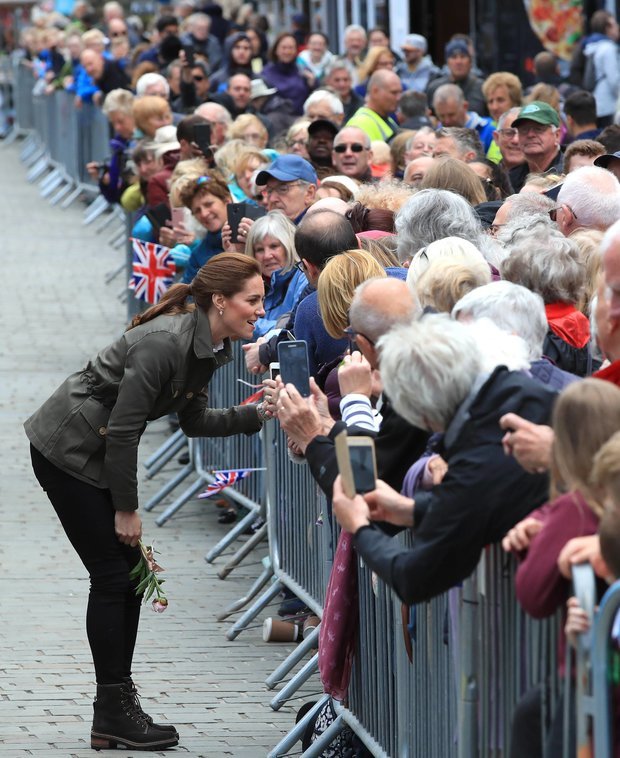 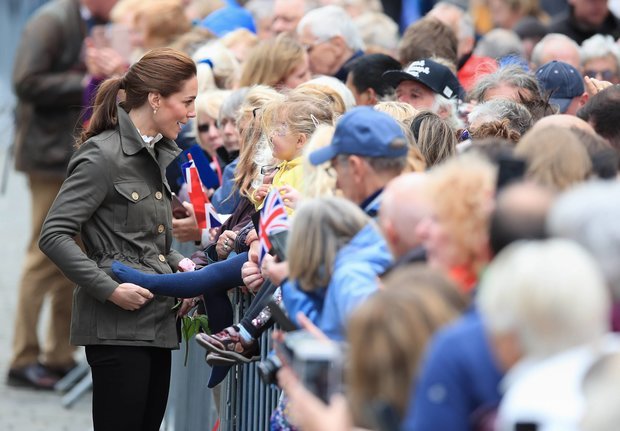 The Duke and Duchess were due to meet with local organisations who support farms in the region, as well as volunteers who work with the local mountain rescue.

They were also expected to try out sheep shearing during the visit.

Kate’s apparent broodiness came after she was left gushing over a royal fan’s cute baby on another visit. 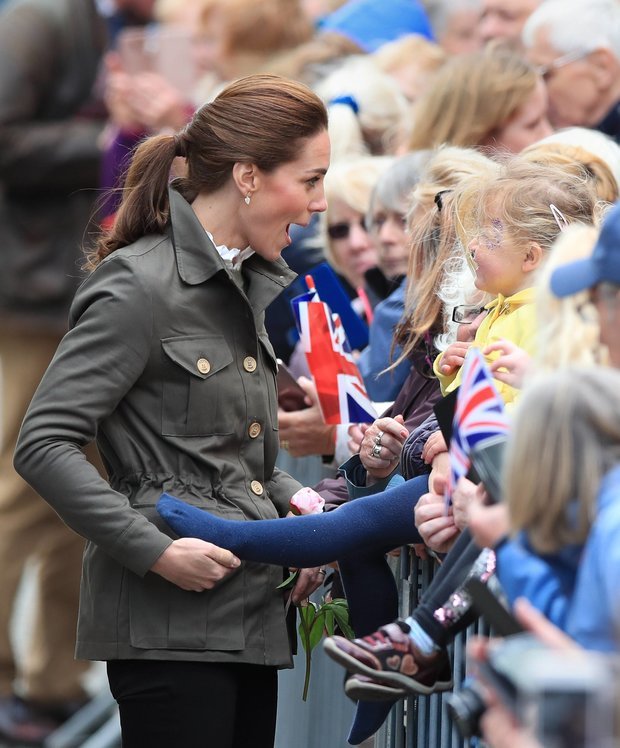 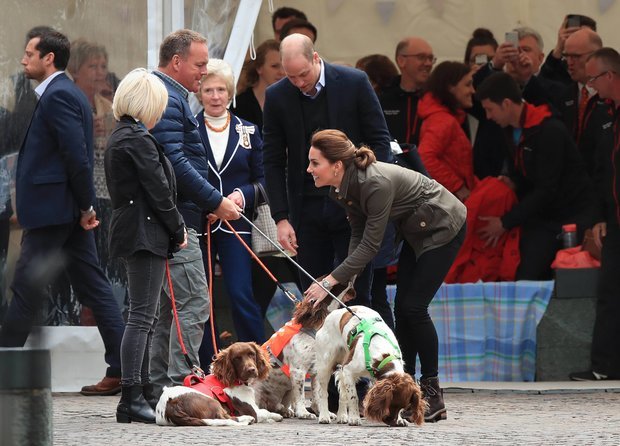 The pair had travelled to Ballymena in Northern Ireland for a royal walkabout where mum-of-three Kate was left gazing at a baby boy.

She was heard telling him “you’re a very sweet little boy” before being told by his dad Alan the baby is just five and a half month old.

Kate then gushed “oh he’s so diddy” and admitted: “He’s gorgeous. It makes me feel broody.” 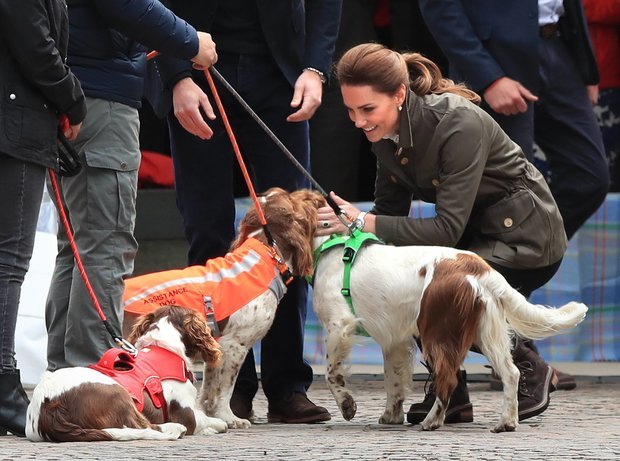 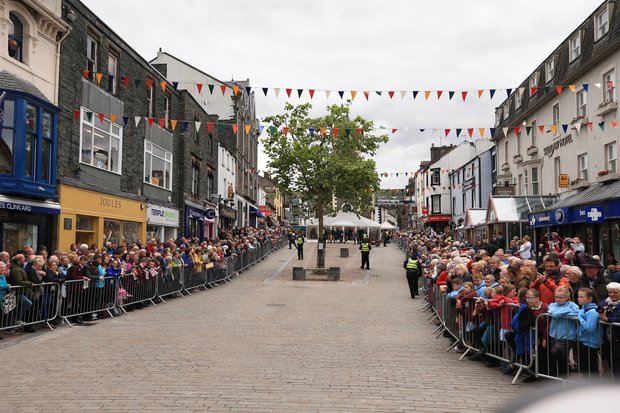 Alan cheekily asked “baby number four?” to which Kate then said: “I think William would be a little worried.”

The Duchess’ broodiness appeared to continue on the tour when she came across another sweet baby girl and said: “I love your cool coat. Charlotte loves pink.”