BRITISH air hostesses are selling their used tights on eBay to rake in extra cash, it can be revealed.

Old tights are being sold for up to £20 online, while scuffed shoes are up for auction for £75.

Cabin crew revealed they are using the cash as a regular source of extra income.

One Manchester Airport worker said: "Loads of the girls are doing it. Some use eBay and some use other sites to sell them.

"It's surprising how many people out there want to buy them. They don't get paid particularly well so a lot of them think: 'Why not?'."

Another said: "Everyone does it. You can get £50 for a used pair of shoes and tights sell as well."

The ads can easily be found online, with listings asking for anywhere between £3 and £20 for a pair of used tights.

Another has a photo of a woman in a mini skirt wearing laddered tights, alongside a photo of a British Airways cabin crew badge as a means of proving her position.

And old shoes are just as popular, with one scuffed pair selling for £74.99 and described as "well travelled and showing some signs of wear and tear".

eBay has cracked down on the sale of such items in recent years, but sellers will try to find loopholes in order to keep selling their wares.

One listing has no photo and simply writes out the full email address – "naughty trolly dolly at outlook dot com" – in the item description.

It comes after a male Norwegian Airline steward said one of his colleagues was offered £300 for a photo of her wearing the outfit being sold.

A spokesman for Manchester Airport said that as cabin crews are employed by airlines it would not be relevant for them to comment.

A spokesman for British Airways said: "We expect the highest standards of behaviour from all our colleagues."

An eBay spokesman added: “For health and hygiene reasons, we don't allow the sale of used underwear on site. Any listings that are inappropriate or do not comply with our rules will be removed.” 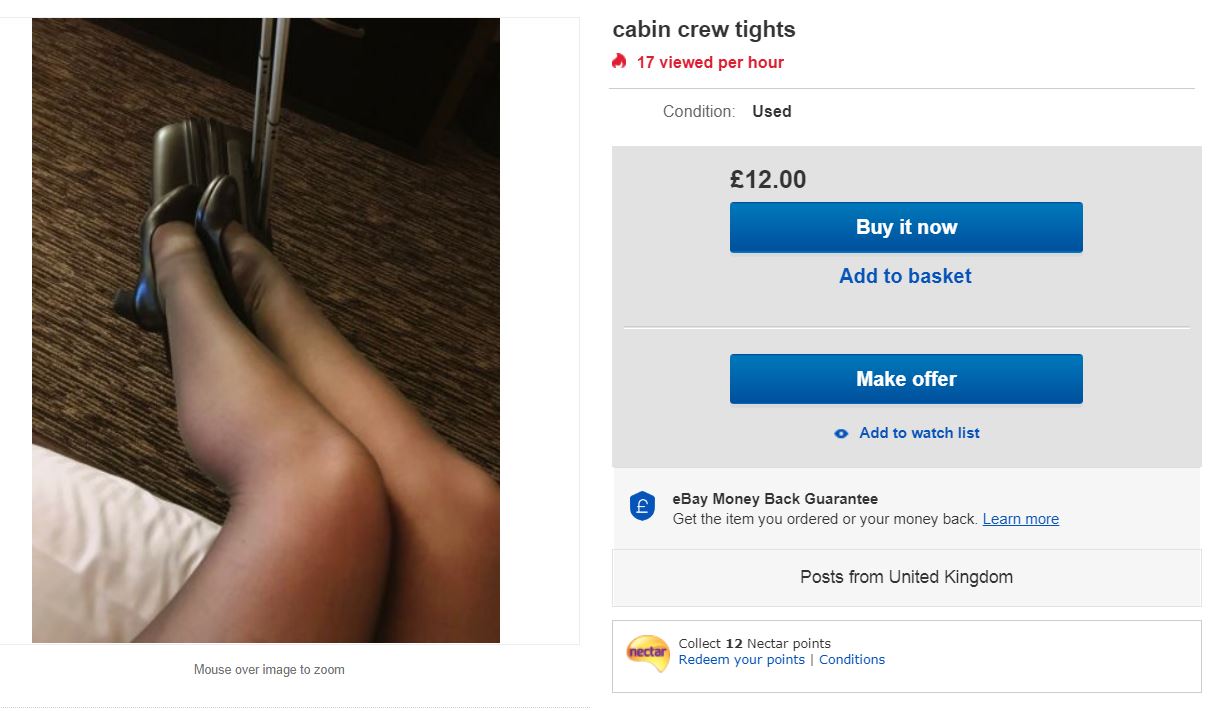 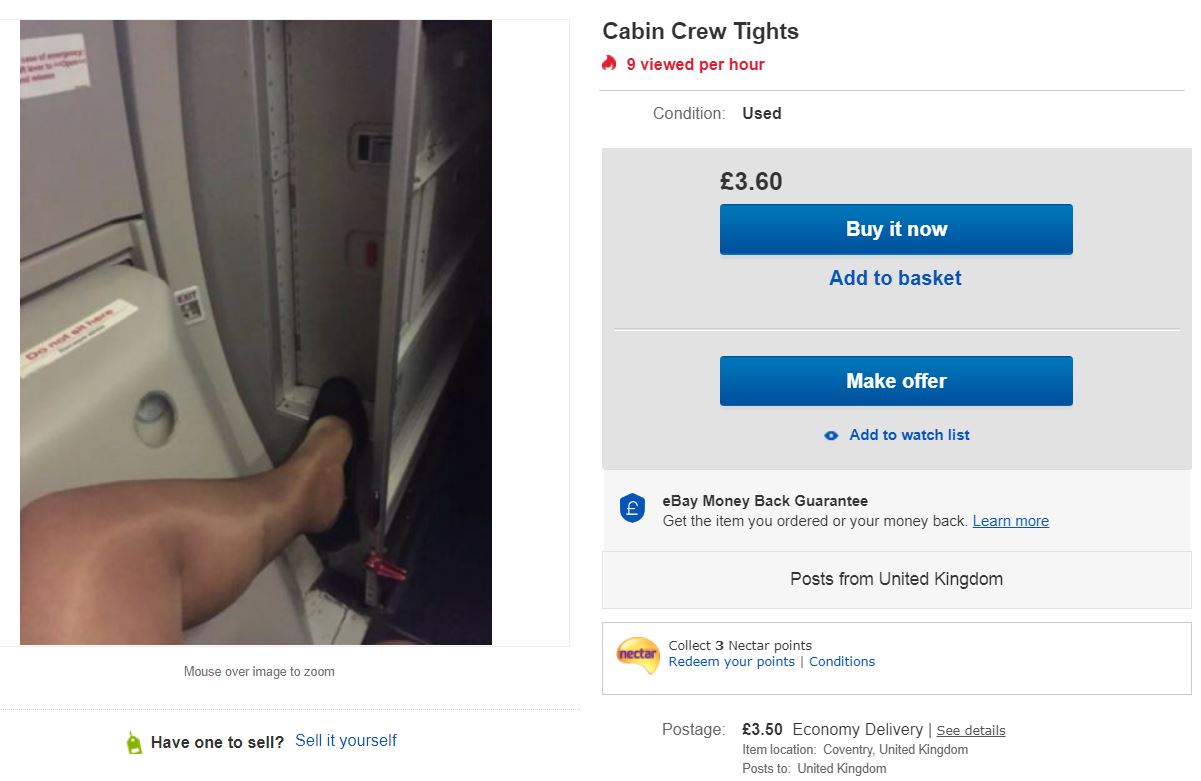 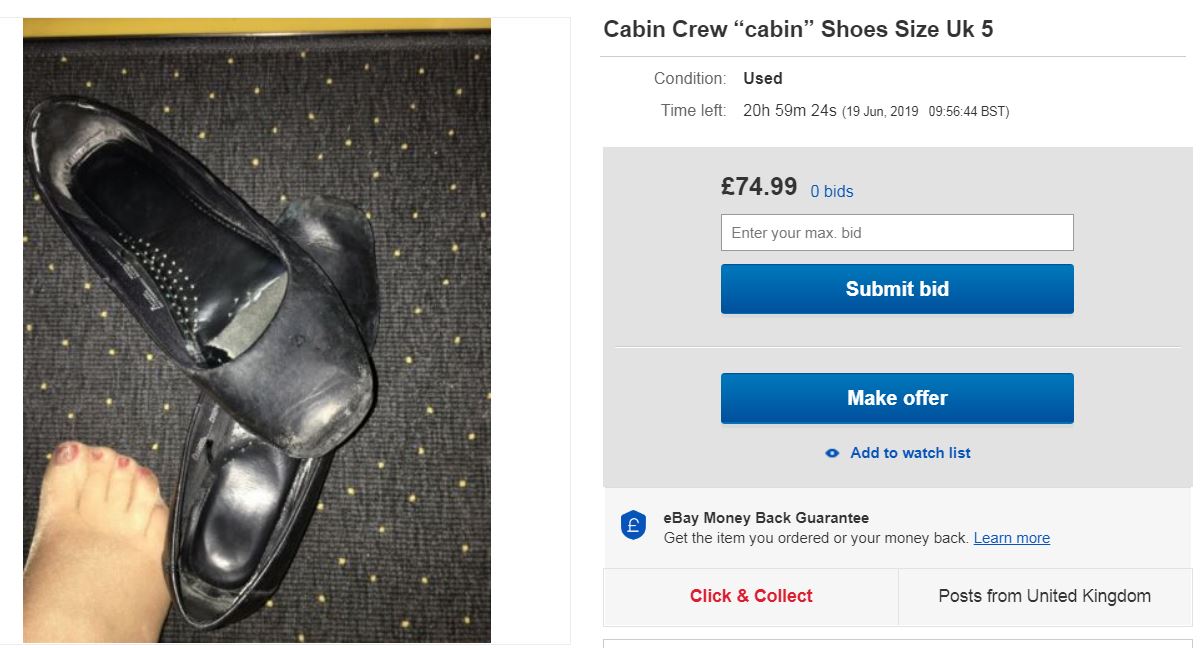 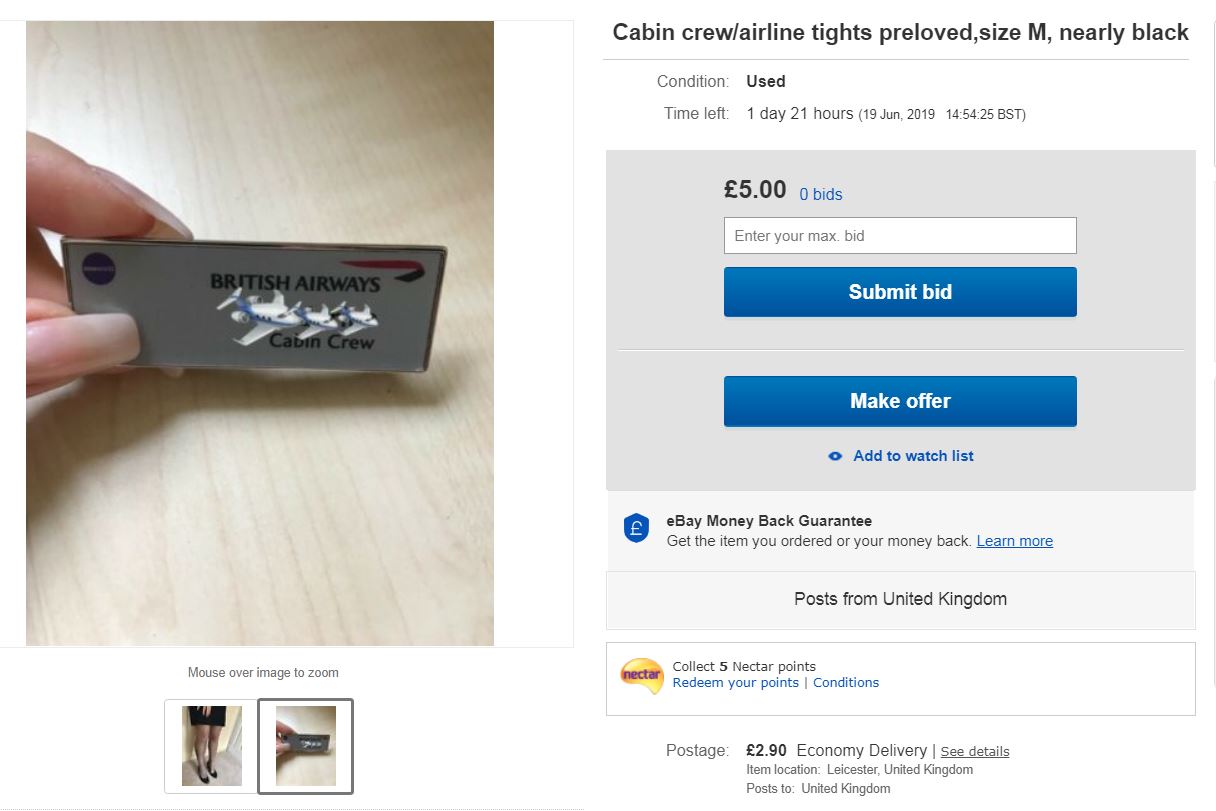