BRITAIN faced its own Suez Canal fiasco yesterday as an 80-metre (263ft) cargo ship got stuck in a river.

The vessel, named Elise, got into a spot of bother when it managed to block the entrance to Littlehampton Harbour, West Sussex, in the early hours of the morning. 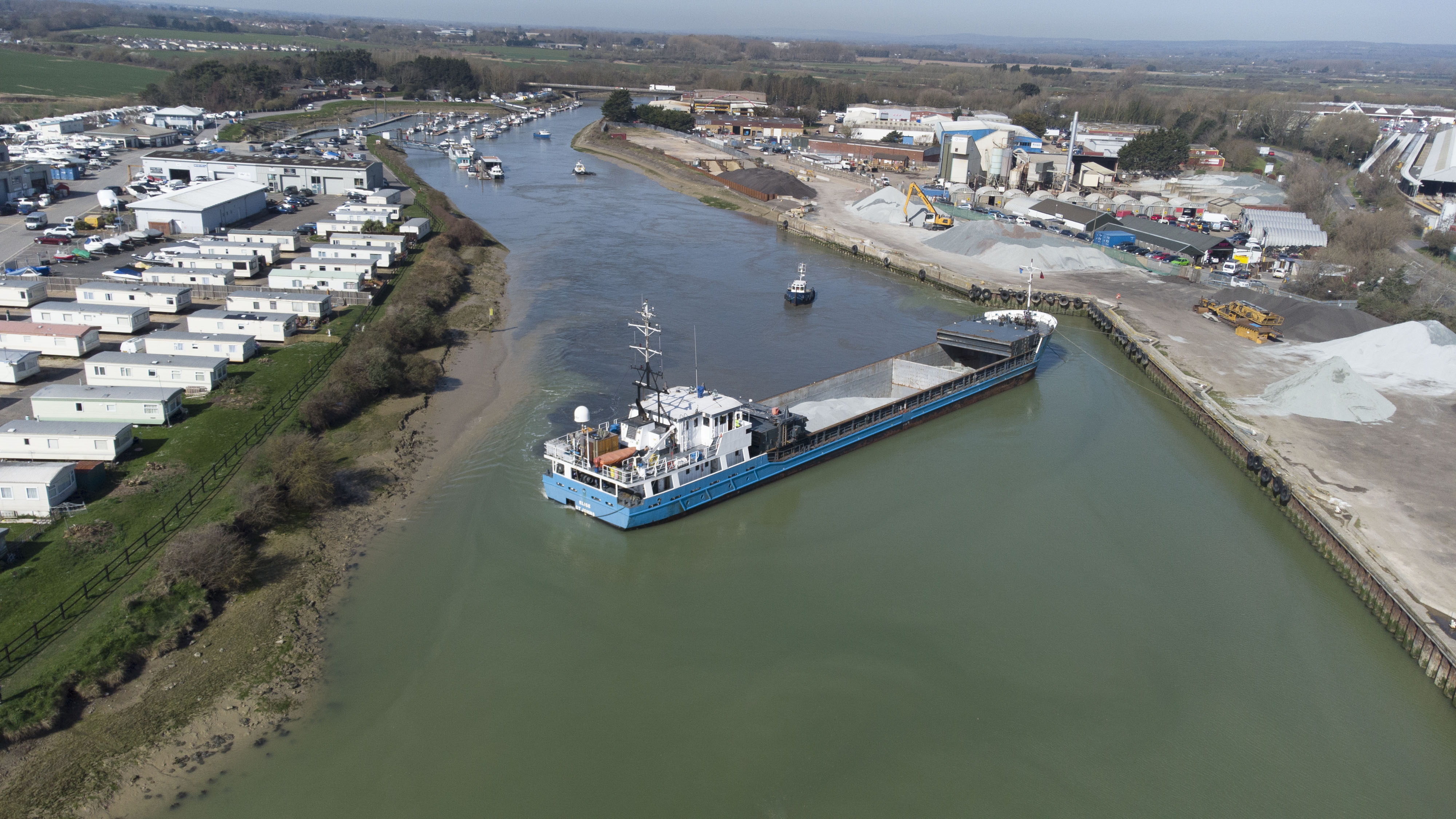 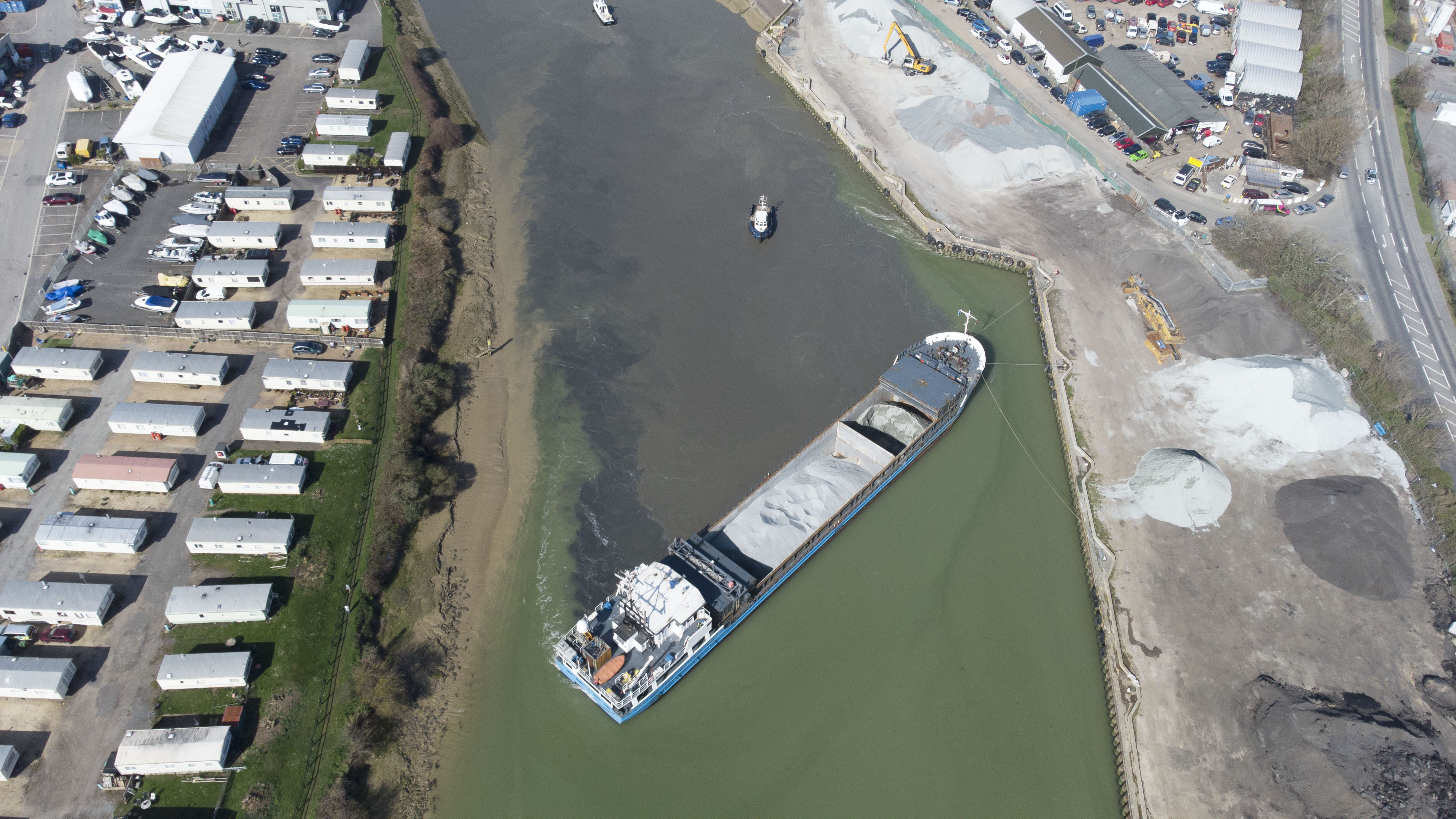 In scenes reminiscent of those in the Egyptian waterway, the boat lodged itself sideways while cemented in the the mud.

Elise had become partially loose from its moorings in the middle of the night, causing it to swing out across the river, where it got wedged.

The Antigua and Barbuda-flagged ship had arrived in Littlehampton at about 1.15am on Tuesday.

However, instead of the week-long operation needed to release the Ever Given container ship in Egypt, workers were able to free the Elise the same afternoon.

The ship had entered the harbour after sailing from Antwerp in Belgium and moored up so that its cargo could be loaded.

But as the tide fell and it settled on to its "mud berth", one of its mooring lines parted and the vessel's stern drifted nearly 30 metres (100ft) into the River Arun, a harbour spokesman said.

As a result, the ship was left blocking most of the waterway and at the mercy of the tide. 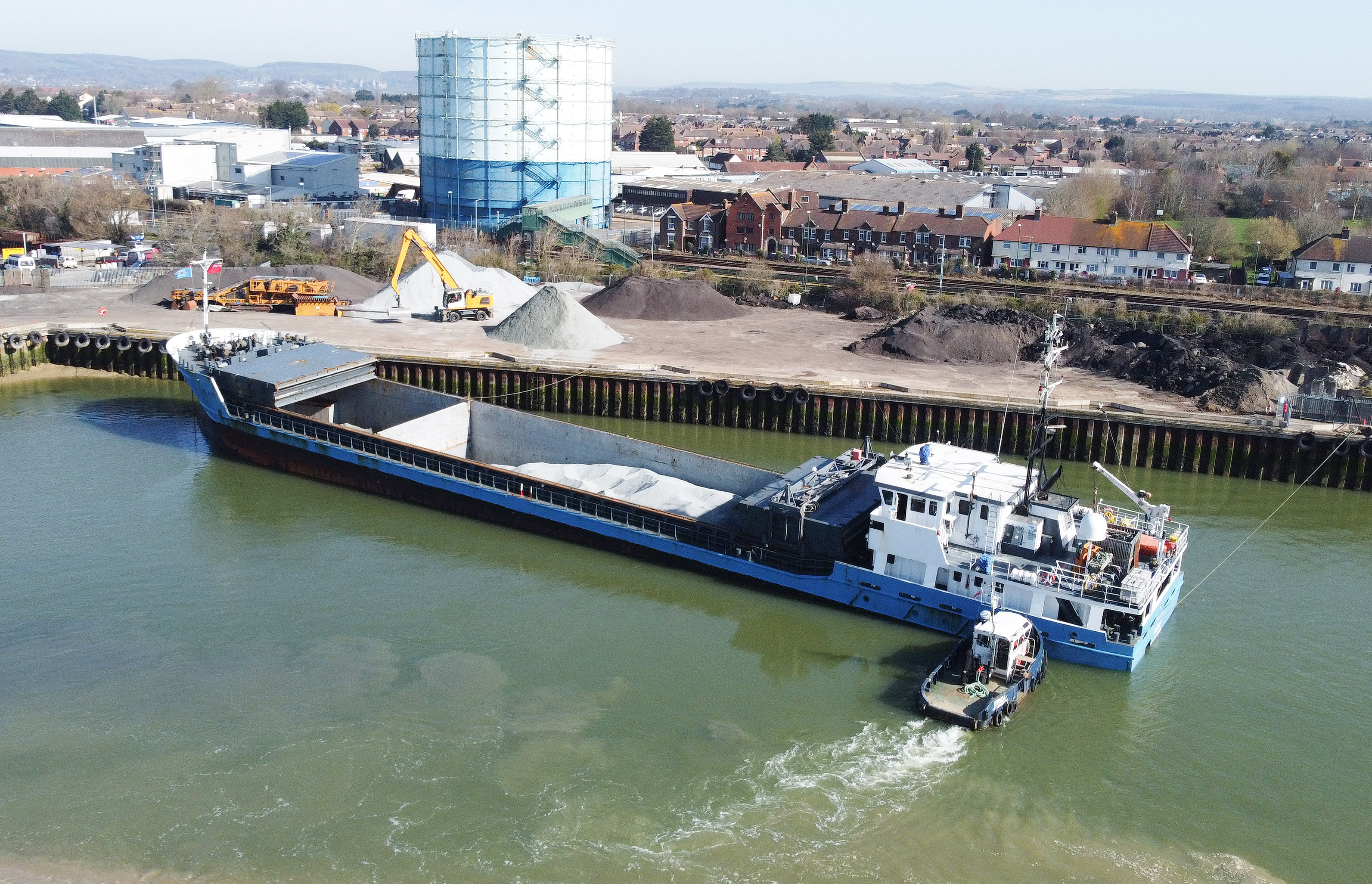 Ships were still able to pass through a narrow gap by the west bank, the spokesman said, and no injuries or pollution were reported.

At around 1.15pm on Tuesday, the ship was seen being moved by smaller craft until it came to rest against the bank of the Arun, leaving the river clear.

Elise is not believed to have suffered any damage in the incident.

The apparent mishap prompted tongue-in-cheek comparisons on social media with the recent blockage of the Suez Canal by the colossal container ship Ever Given.

One person tweeted: "Shades of the Suez Canal in West Sussex – though thankfully brief!"

Another joked: "Littlehampton saw how much hype the Suez Canal got from their blockage and had to chaptalize." 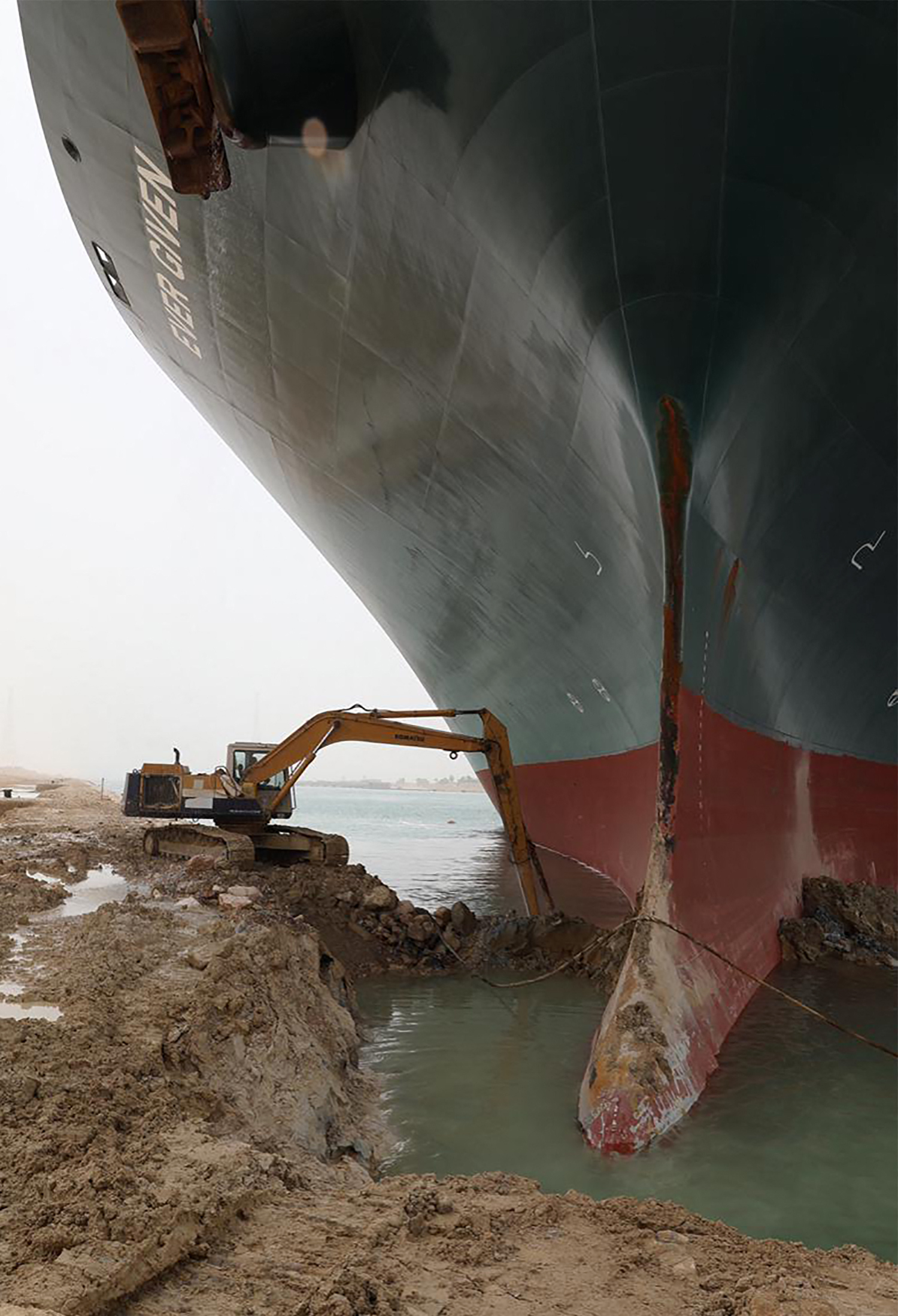 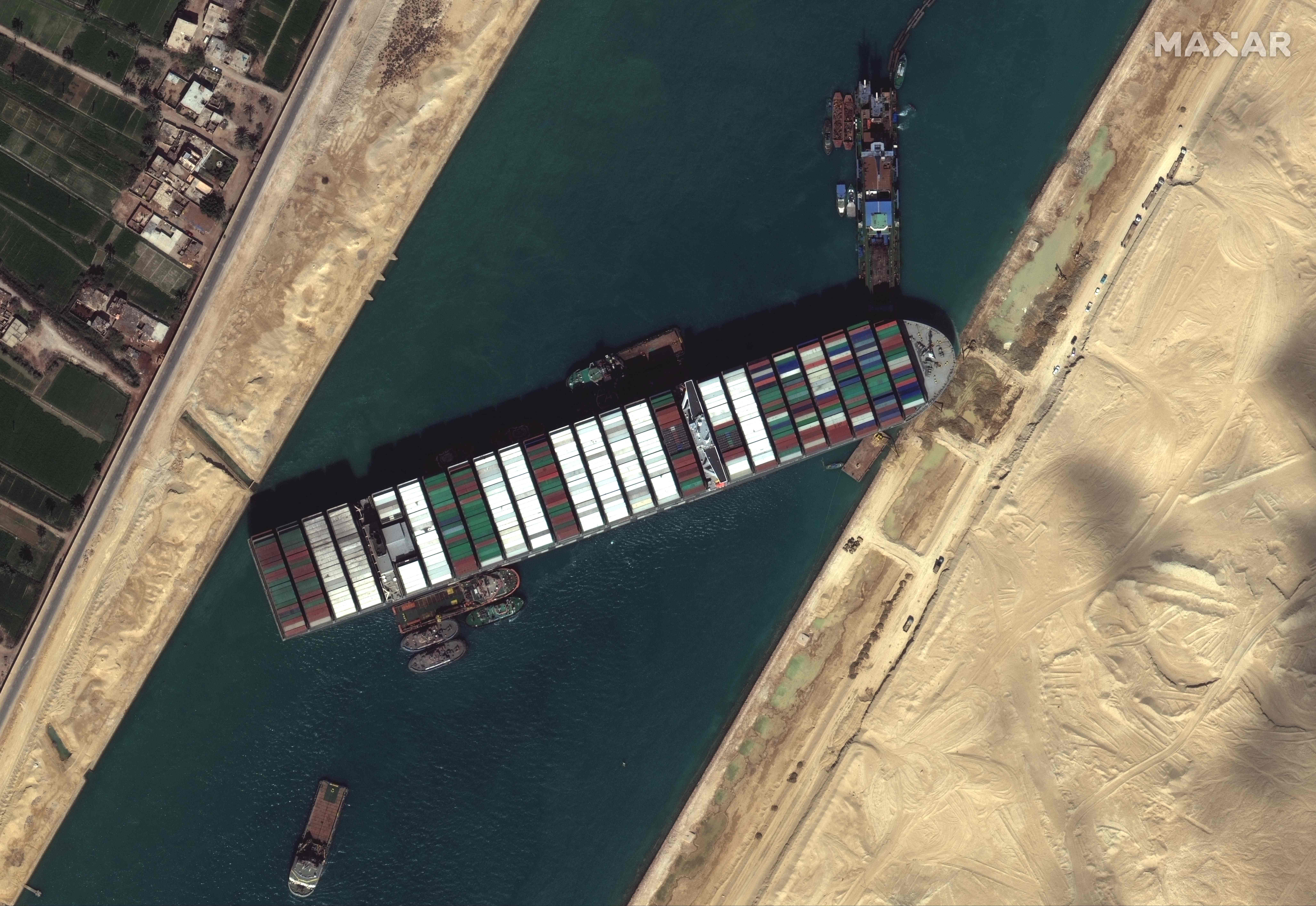 One user said: "I hope global trade can recover from this mishap."

And another wrote: "Going to need some Austin Powers moves to get this one out."

The Suez Canal is now clear with the first cargo ships successfully passing through on Monday when the mega-ship blocking it was finally freed.

Rescuers released the front end of the monster cargo boat at around 4.30am after it was wedged in the vital shipping route for nearly a week.

But despite the ship being freed, clearing the backlog of vessels will take several days.

Osama Rabei, head of the Suez Canal Authority, said that maritime traffic could return to its average level before the crisis within four days.