THE Brit teens killed in a horror crash on a salt flat in Bolivia have been pictured for the first time – as the parents of one of the tragic backpackers paid tribute to their "caring" son. 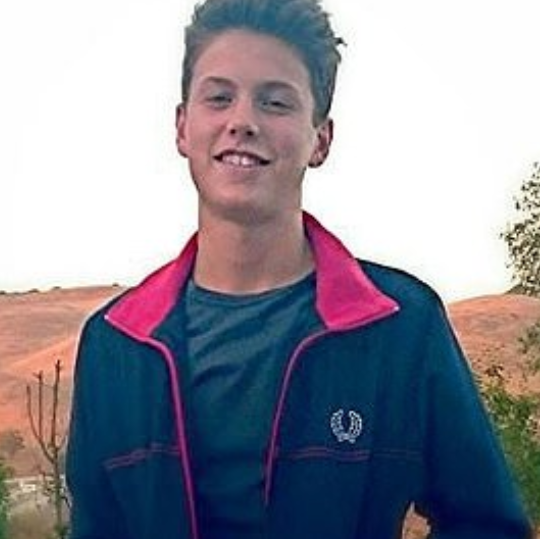 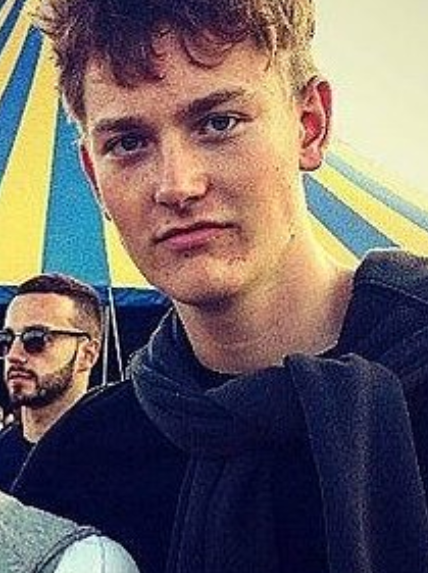 Both tourists, of Cranbrook, Kent, were travelling with another pal Callum Fraser – a former classmate at Cranbrook School who was injured in the crash.

Tragic Mr McLennan's parents described their son as an "exceptional young man" who was due to study economics and politics at Leeds University after travelling.

In a heartbreaking statement seen by The Times, Andrew McLennan and Miranda Porritt said: "As a son, brother, grandson, cousin and friend to all those who knew him, he was as caring as he was fun to be with.

"He excelled at school and his exam results were a source of great pride.

We are struggling to come to terms with his passing. He brought a joy and love to us, which we will always remember, but miss greatly

“The friends he made through Cranbrook and the different sports clubs he played with over the years know they have also lost a special individual.

“We are eternally grateful that Freddie came into our lives.

"We are struggling to come to terms with his passing.

"He brought a joy and love to us, which we will always remember, but miss greatly.”

Mr McLennan was described as a top rugby fly-half by his school magazine and was a successful cross-country runner who competed nationally.

The Cranbrook School magazine also praised Mr Atkins – who aspired to be an engineer and had worked on a placement at BAE Systems, The Times reports.

The tourists had been on their way to Bolivia when their Toyota Land Cruiser flipped on the enormous salt flats.

Bolivian driver Albert Barco, 22, was also killed in the disaster on Sunday.

Four others were injured – including Mr Fraser.

He was rushed to hospital in Uyuni on the edge of the salt flat where he remains in an unknown condition.

It's believed the bodies of Mr Atkins and Mr McLennan have not yet been repatriated to the UK.

Traffic police commander Col. Bernardo Isnado said their car was apparently travelling over the speed limit when it overturned on the salt flat. 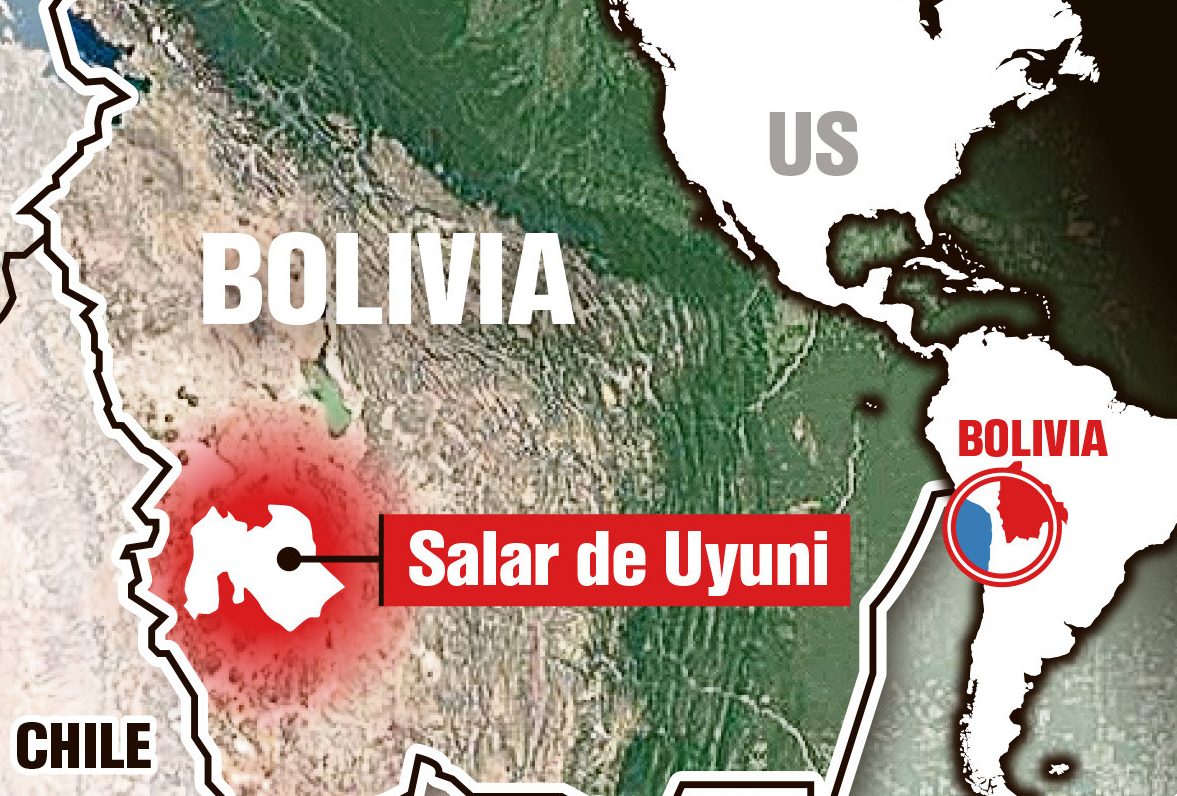 Photos and footage taken by local media showed the mangled wreckage of a black 4×4.

A Foreign and Commonwealth Office spokesman confirmed it was liaising with the families of the dead and injured British teenagers.

They said: “We are supporting the families of three British people who were involved in a car accident in Bolivia and are in close contact with the Bolivian authorities.”

The Salar de Uyuni – roughly meaning "flat enclosure" – is about 186 miles south of the Bolivian capital of La Paz.

At 4,086 sq miles, it is the world's largest salt flat and the main tourist destination in southern Bolivia.

Due to its vast size, the flat is a major transport route and cars are permitted to travel across it. 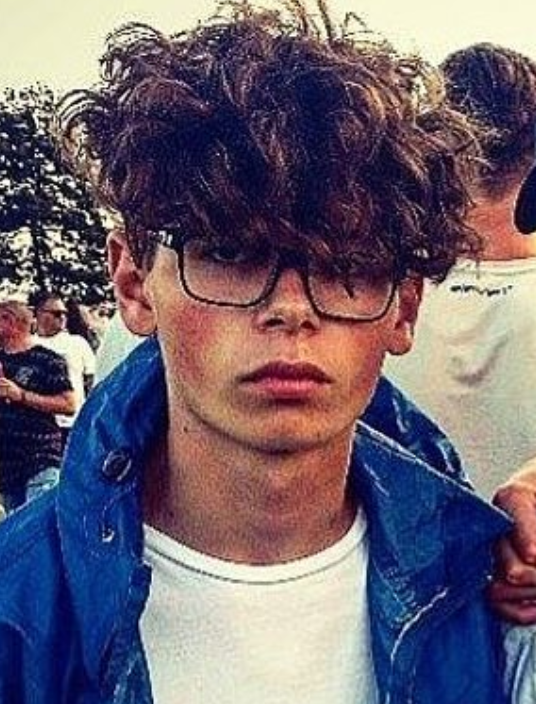 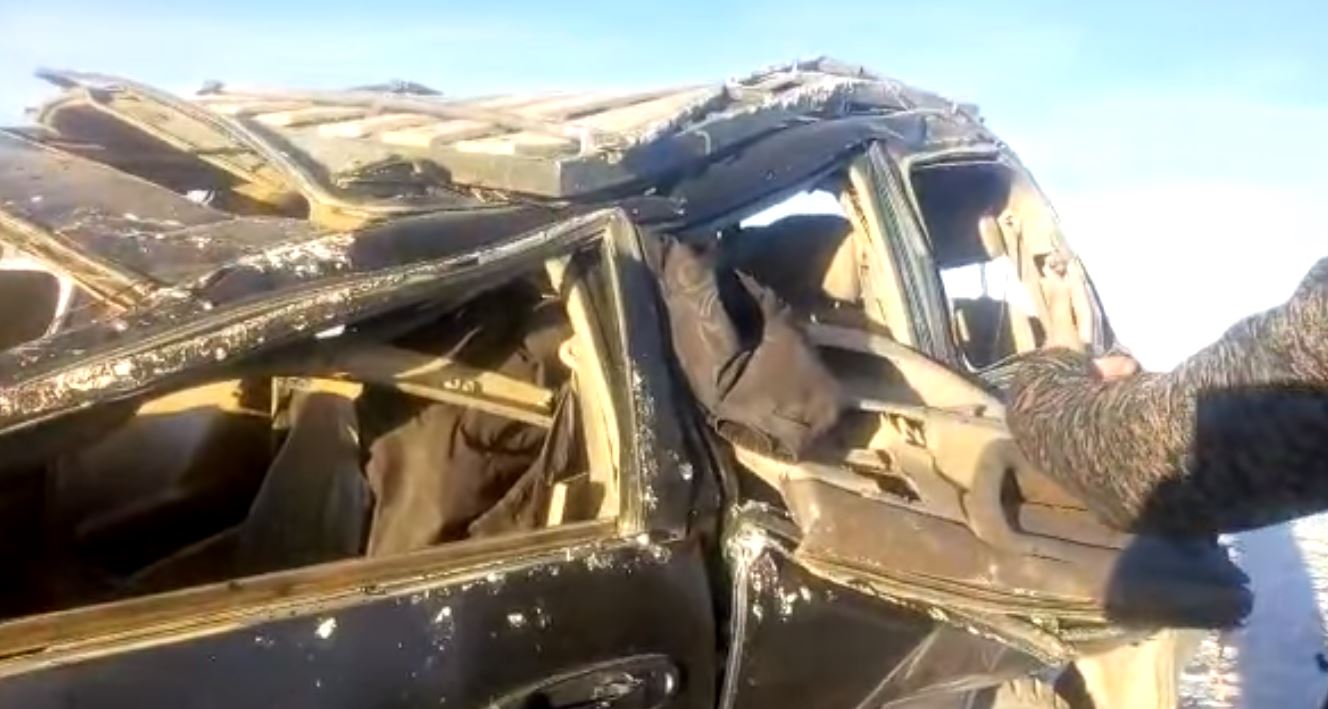 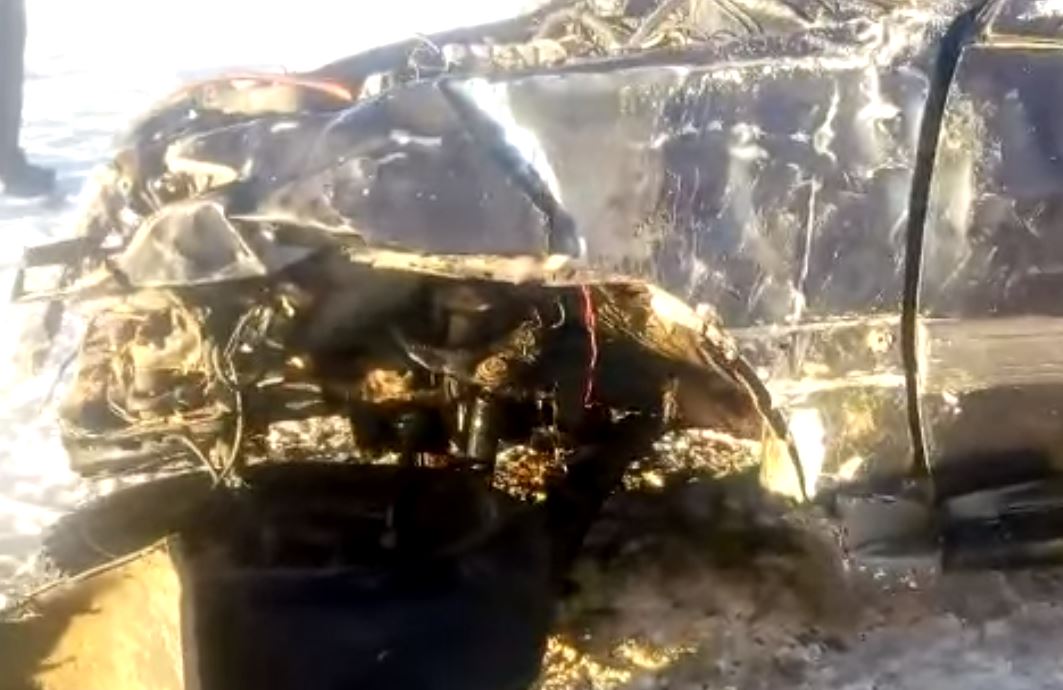 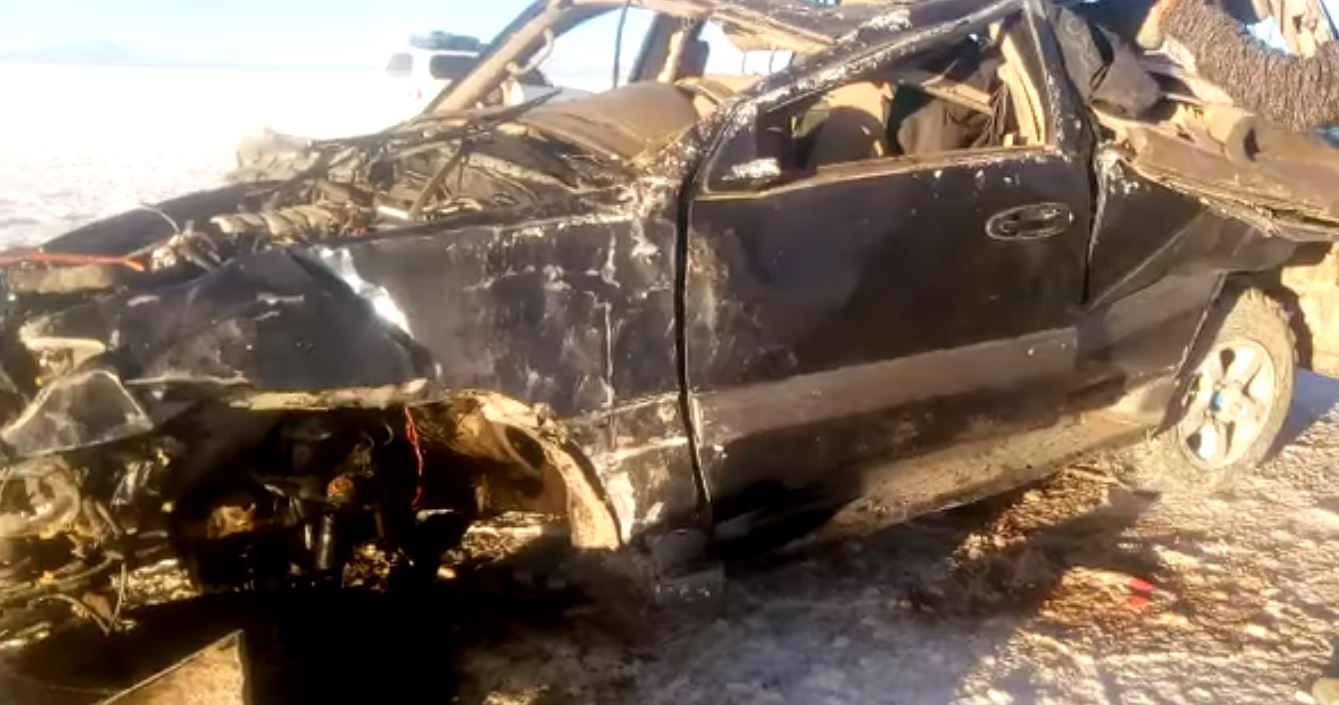 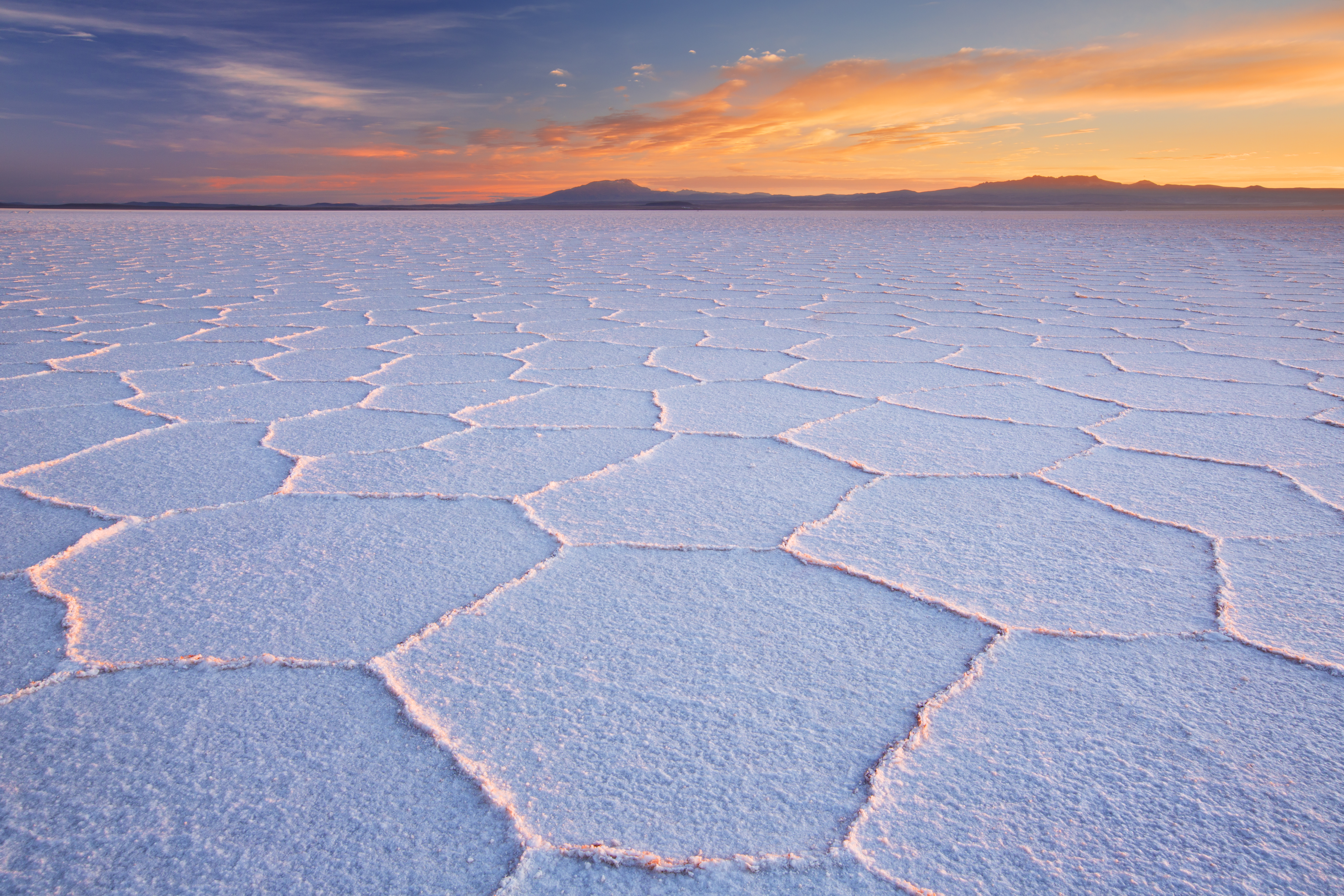