The Brazilian president has been accused of downplaying the severity of the pandemic over the last few months. During the pandemic, President Bolsonaro lost two health ministers due to his handling of the virus, and hasn’t had one for over 50 days. The leader also drew global criticism for refusing to publish Brazil’s coronavirus figures on June 6.

President Bolsonaro announced that he had taken a second coronavirus test after reports emerged that he had developed symptoms of the virus.

He announced on Monday night that he went to a hospital for a lung scan and to take the test.

The president’s office issued a statement about his health late on Monday.

It read: “The president, at this time, is in good health and remains at his residence.” 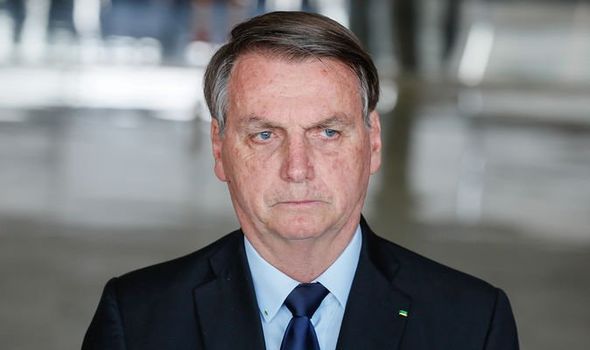 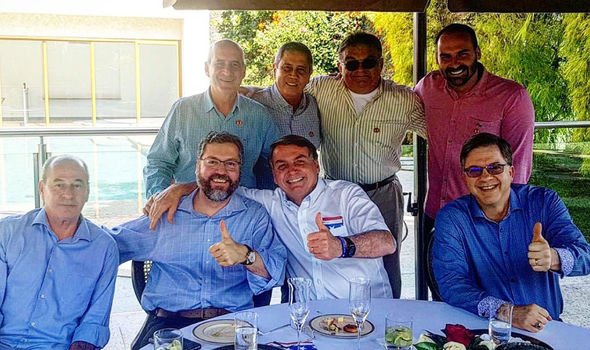 It comes after the president ignored his own government’s warnings about face coverings and social distancing.

Bolsonaro was seen with Brazil’s American ambassador at a dinner for the Fourth of July.


A photo of the president with ambassador Todd Chapman showed Bolsonaro without a mask and embracing his colleague.


Monday night also saw the US embassy show worry that the Ambassador Chapman may have been exposed to the virus.


The US embassy said that while Mr Chapman has displayed no symptoms, he intends to get tested and is “taking the proper precautions.” 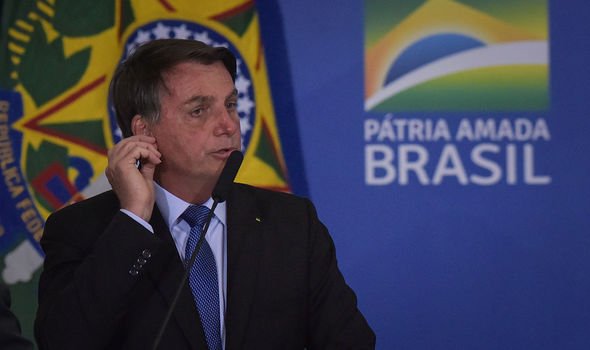 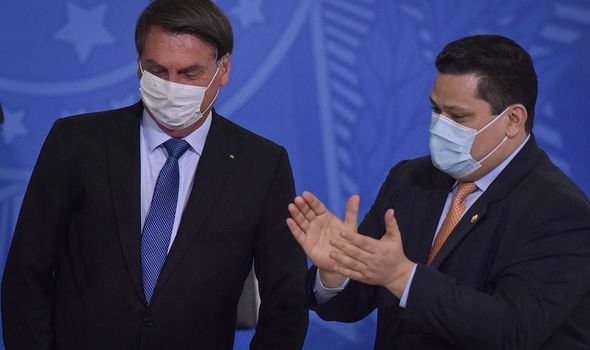 Bolsonaro has cleared his Tuesday schedule while he waits for the tests results.


After leaving the hospital on Monday, he was greeted by a crowd of supporters, who he told to keep away.


Bolsonaro said: “I’ve came back from the hospital now, I’ve done a lung screening, my lung is clean, OK?


“I went to do a Covid exam a while ago, but everything is okay.”


“You can’t get very close [to me], OK? Recommendation for everyone.”

CNN reported that the Brazilian president has a fever above 100F (37C), which is a major symptom of COVID-19.


They also report that he has started taking hydroxychloroquine, an anti-malaria pill previously believed to help fight coronavirus.


Tests have since shown it doesn’t have much effect on symptoms, and governments around the world have begun distancing themselves for the drug.


CNN based their report on Bolsonaro’s condition on information to the president. 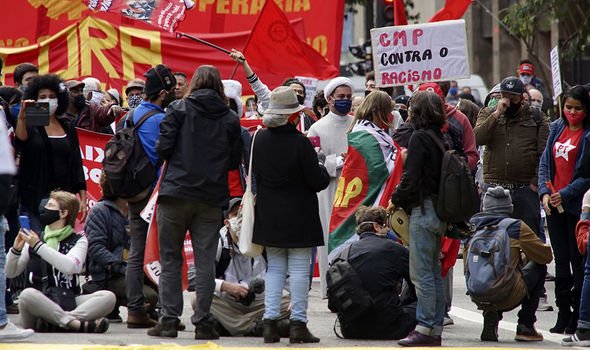 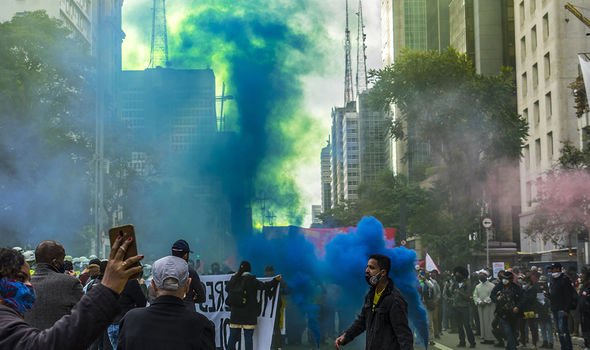 Bolsonaro’s COVID-19 scare comes after he has been accused of not taking the pandemic seriously.


Brazil has seen the second highest number of infections worldwide, with 1,623,284 cases along with 65,487 deaths.


Bolsonaro has slammed quarantines imposed by Brazilian states as too damaging to the economy, even as the country saw a shocking rise in cases.


He also refused to wear a mask in public until a federal judge ordered him to last month, and has also been seen embracing members of the public.