Deforestation in the Brazilian Amazon has jumped 22% in the latest 12-month period, reaching its highest level since 2006, data from the country’s space agency shows.

It is an area 17 times the size of New York City. 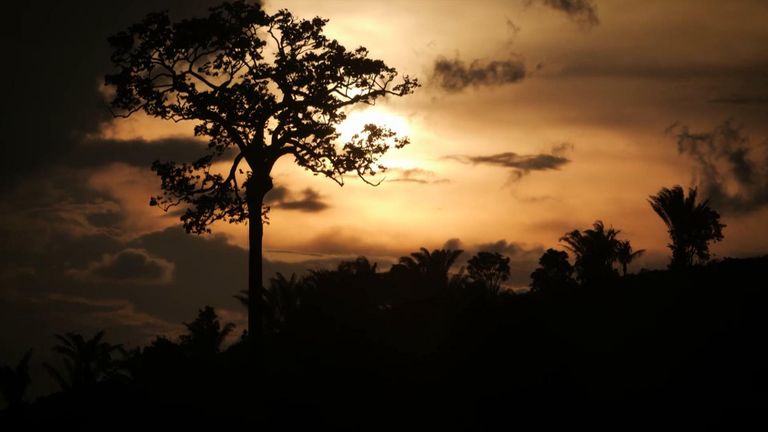 The state of Para suffered the most deforestation, accounting for 40% of the latest figure. There are nine states in the Amazon region.

Data was gathered through the INPE’s PRODES satellite programme.

Before then, the Brazilian Amazon had not recorded a single year with more than 10,000 square km of deforestation in over a decade.

“It is a shame. It is a crime,” said Márcio Astrini from the Climate Observatory, a Brazilian advocacy group.

“We are seeing the Amazon rainforest being destroyed by a government which made environmental destruction its public policy.”

The INPE report is dated 27 October, meaning a Brazilian delegation went to COP26 “knowing the deforestation data and hid it”, the Climate Observatory added.

Mr Bolsonaro did not attend the summit in Glasgow, with Brazil’s top climate diplomat, Paulino de Carvalho Neto, telling Sky News the president had “other things to do”.

But the latest data does not reflect recently introduced measures against illegal deforestation, he added.

Though he admitted the government must be more forceful in fighting destruction.

“The numbers are still a challenge for us and we have to be more forceful in relation to these crimes,” he said.

Brazil said earlier this month that it wants to end illegal deforestation by 2028.

Mr Bolsonaro told the UN in September that “no country in the world has a more complete environmental legislation than ours”.

But he added that Brazil’s sheer size made enforcement difficult.