A 14-YEAR-OLD boy was left horrified after discovering a dead dog’s mutilated body stuffed in a red duffel bag. 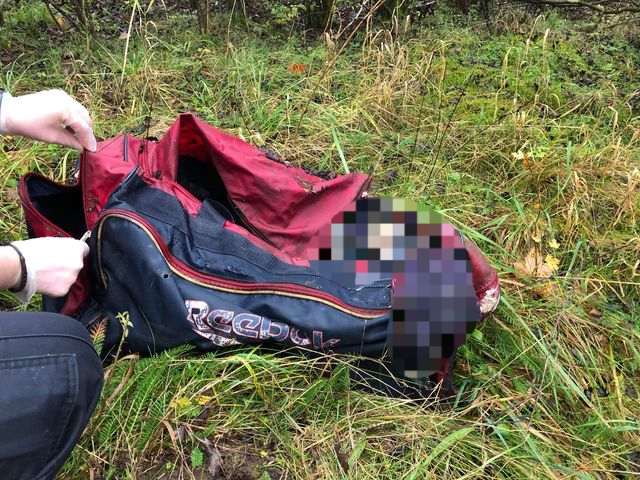 Believing the bag contained money, he picked it up only for one of the dog’s paws to fall out to his horror.

He immediately called his mother to come have a look at the shocking find.

Becky told Nottinghamshire Live: “My son was on a bike ride with his mates and he had seen this bag which he thought might have money inside.

"He phoned me and said they thought a dog was inside and that it smelled.

“I went up to check and there was a dog in there.

"I just felt sick. I just thought this cannot possibly be someone's pet.

“The dog warden and police came, and they said it was a Staffy-type.

The dog had been badly mutilated as “its front paws were not there, and its face had been torn to pieces”.

Police were not able to establish whether it was a male or female because of the state it was in, according to Becky

She said the discovery had hit her hard as the family are owners of two Staffordfordshire Bull Terriers.

She added: “What that dog must have gone through before it died is terrible.

"It keeps playing over in my mind, thinking 'what happens if this person has more dogs?'

“I do believe it was someone in the local area as they knew of this location.

"It is disgusting. I think it could have possibly been there for two weeks because the fur was still on.

"My son is devastated because we have two dogs of our own. I just keep telling him to try and forget about it."

Cops in Nottingham have now launched an investigation into how the animal ended up that way. 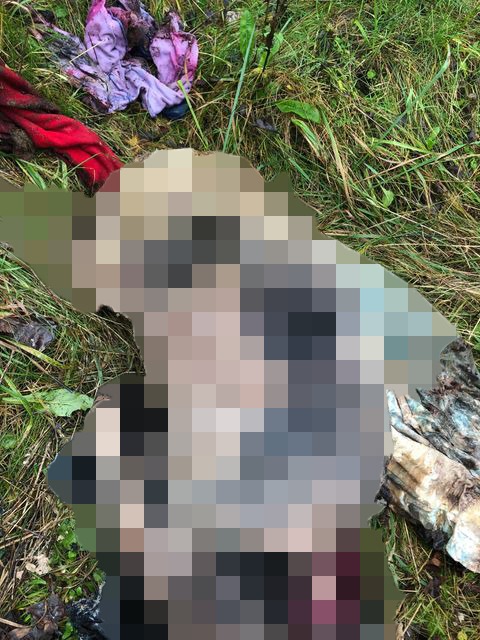 “This is clearly an upsetting incident and we need to get to the bottom of what has happened,” said Inspector Mark Dickson.

“There is evidence that the dog was dumped some time ago. The dog, which is believed to be a Staffordshire Bull Terrier, has no microchip.

“We would like to hear from anyone in the area who knows of a dog of this breed going missing.”

He urged anyone with information to call Nottinghamshire Police on 101, quoting incident number 199 of 9 November 2020.

A spokeswoman for RSCPA said: "This distressing incident hasn't been reported to us.