Boris Johnson will announce immediate help for the high street today in the first Queen’s Speech of his ‘people’s government’.

Half a million independent shops, restaurants, pubs and cinemas will benefit from a cut in business rates from April.

Standard retailer discounts will rise from 33 per cent to 50 per cent – at a cost of around £320million. 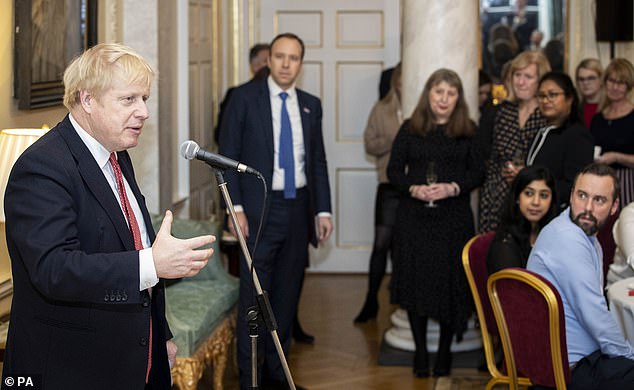 Boris Johnson is expected to announce major tax cuts worth on average £12,500-a-year on small businesses in today’s Queen’s Speech  – the second in two months 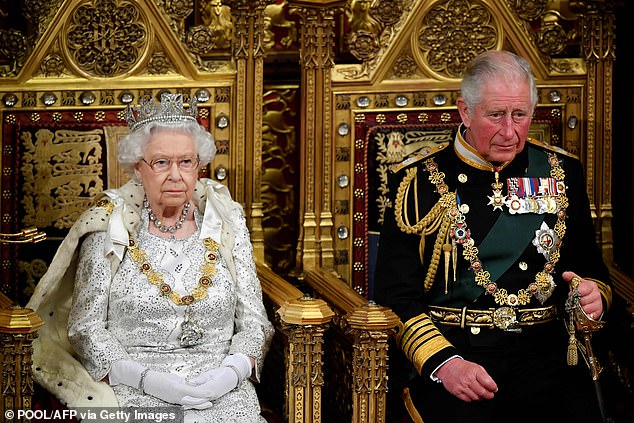 Tory sources said the tax break would be worth up to £12,500 a year. The move, which is a victory for the Daily Mail’s Save Our High Streets campaign, will be followed at the March budget by a review of a rates regime seen as a key factor in the decline of town centres.

The Queen’s Speech is expected to contain up to 40 pieces of legislation dominated by Brexit and the NHS.

Mr Johnson warned Tory MPs last night that they would start the New Year with a frantic week of Commons sittings to push through the EU Withdrawal Agreement Bill. The Commons will hold its first vote on the legislation in a special sitting tomorrow, paving the way for departure on January 31.

But Tory strategists have also ordered a big package of funding and reform for the National Health Service. They argue that delivering on Mr Johnson’s pledges on the issue is essential if the Conservatives are to lock in the support of first-time Tory voters who helped them to electoral victory last week.

Mr Johnson underlined his determination to be seen to be acting on the NHS by holding a reception for nurses in Downing Street yesterday. He told them the Health Service was ‘the single greatest institution in this country’.

The Prime Minister: ‘The pressures and demands are enormous and we have to help you cope with that. We have to invest and as you may have heard in the last few weeks, we are. We are upgrading hospitals, and building new hospitals.’

A Tory source added: ‘The way we win the next election is to show we have delivered on our promises on health. We want to neutralise the NHS as an issue for Labour at the next election, and that means making sure we deliver now.’

The announcement on business rates confirms that hundreds of thousands of small businesses will get additional help with bills next year. The plan, which is designed to give struggling town centres a shot in the arm, will increase the retail business rates discount from 33 per cent to 50 per cent.

The tax break will apply to all independent shops, pubs restaurants and cafes in England with a rateable value below £51,000 – roughly 90 per cent of the total.

For the first time, the discount will be extended to independent cinemas and grassroots music venues.

Independent pubs will benefit from a further £1,000 cut in business rates on top of the 50 per cent relief.

Chancellor Sajid Javid said: ‘We want to reinvigorate communities up and down our great country, helping people put the heart back into the places they call home. That’s why we’re taking action to save our high streets and keep pubs, cafes and hairdressers open by slashing their business rate bills by a half.’

Today’s Queen’s Speech is the second in two months and Government sources said the ceremonial elements of the event would be pared back because of its proximity to Christmas.

The Queen will deliver the address but will wear a ‘day dress and hat’ rather than the usual ceremonial robes and crown.

New Speaker Sir Lindsay Hoyle has also had to scale back plans to reinstate the role’s full ceremonial dress after officials were unable to find the traditional full-bottomed wig, last worn in 1992.

What’s in the Queen’s Speech?