The future Prime Minister reportedly told American diplomats Mr Trump was doing “fantastic stuff” and “making America great again”. He also claimed the US President was becoming “increasingly popular” in Britain ahead of his first visit to the UK since taking office.

Mr Trump, who is fighting for re-election in November, has previously referred to Mr Johnson as his “friend” and “Britain Trump”.

Leaked papers acquired by the Sunday Telegraph give new details into the President’s relationship with both Mr Johnson and Theresa May.

He allegedly stated: “We were initially anxious about the US foreign policy but Trump has been doing fantastic stuff on Syria, North Korea, China, Afghanistan. 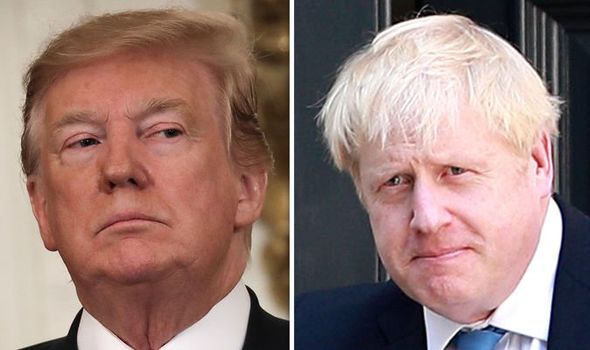 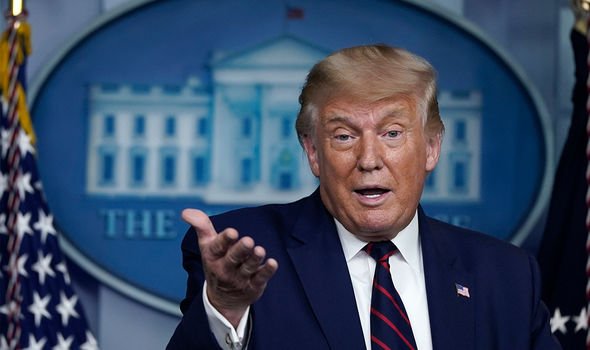 “America is back under Trump. The president is making America great again.”

‘Make America Great Again’ was the campaign slogan Mr Trump used ahead of the 2016 presidential election.

Donald Trump made his first visit to the UK as President in July 2018 holding meetings with Mrs May and the Queen.

Ahead of the trip Mr Johnson told US secretary of state Mike Pompeo that Mr Trump was gaining popularity in Britain. 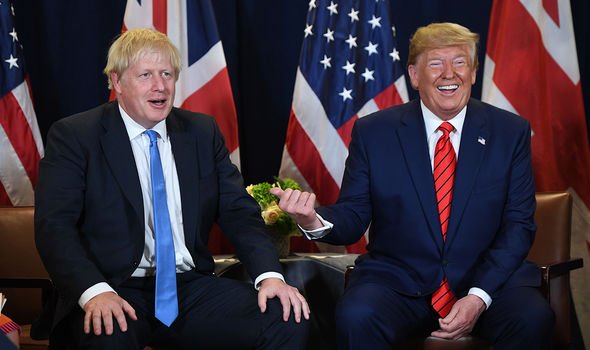 He said: “The visit’s going to be very important. We’re going to give him a great time.

“The president is increasingly popular in the UK.”

Mr Pompeo replied: “We’ll put him on a street corner of Piccadilly.

“He can shake hands with people. That would be great.” 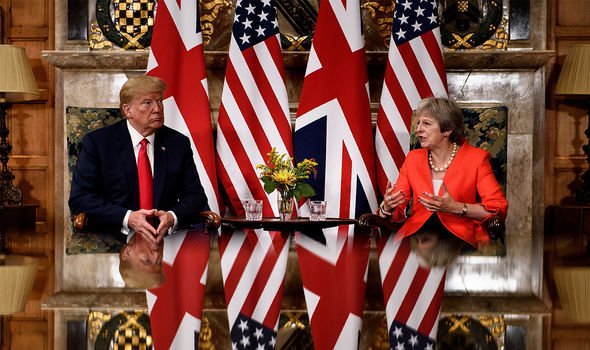 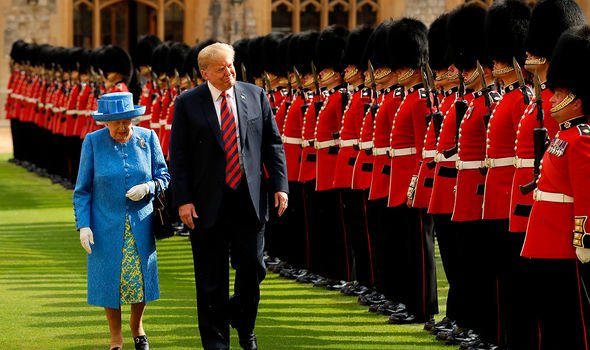 Mr Johnson responded, possibly in jest, “that would be crazy”.

The President’s arrival in July 2018 triggered a huge anti-Trump protest through central London with tens of thousands taking park.

Activists also flew a ‘Trump blimp’, portraying the US leader as a baby in a nappy, over Parliament Square.

A week before Mr Trump’s visit a YouGov poll found 74 percent of Britons had an unfavourable view of him, with only 16 percent viewing him positively.

However Mr Johnson hasn’t always been so complimentary about Mr Trump.

In 2015, whilst London Mayor, he hit out at the future president after Mr Trump claimed there are places in London where “police are afraid for their own lives” due to Islamist extremism and pledged to ban Muslims from entering the United States.

Mr Johnson said: “I think Donald Trump is clearly out of his mind if he thinks that’s a sensible way to proceed, to ban people going to the United States in that way, or to any country. 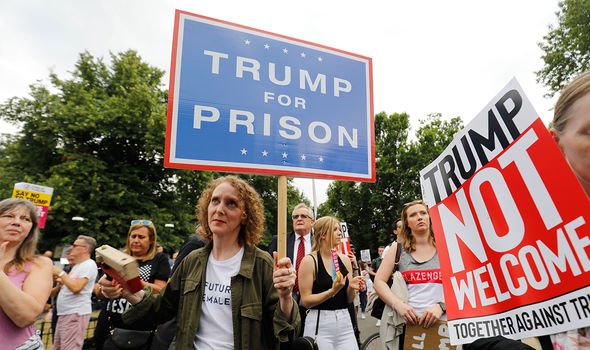 “When Donald Trump says there are parts of London that are ‘no go’ areas, I think he’s betraying a quite stupefying ignorance that makes him frankly unfit to hold the office of President of the United States.

“I would invite him to come and see the whole of London and take him round the city – except I wouldn’t want to expose any Londoners to any unnecessary risk of meeting Donald Trump.”

Mr Johnson had earlier joked “the only reason I wouldn’t go to parts of New York is the very real risk of meeting Donald Trump”.