BORIS Johnson today rejected a circuit breaker for England as it became the only part of the UK to stay fully open despite a rise in coronavirus cases.

Today it was revealed that Wales will be thrown into a two-week "circuit breaker" lockdown – which will be called a "fire break" with all pubs and shops to be forced to shut from 6pm on Friday. 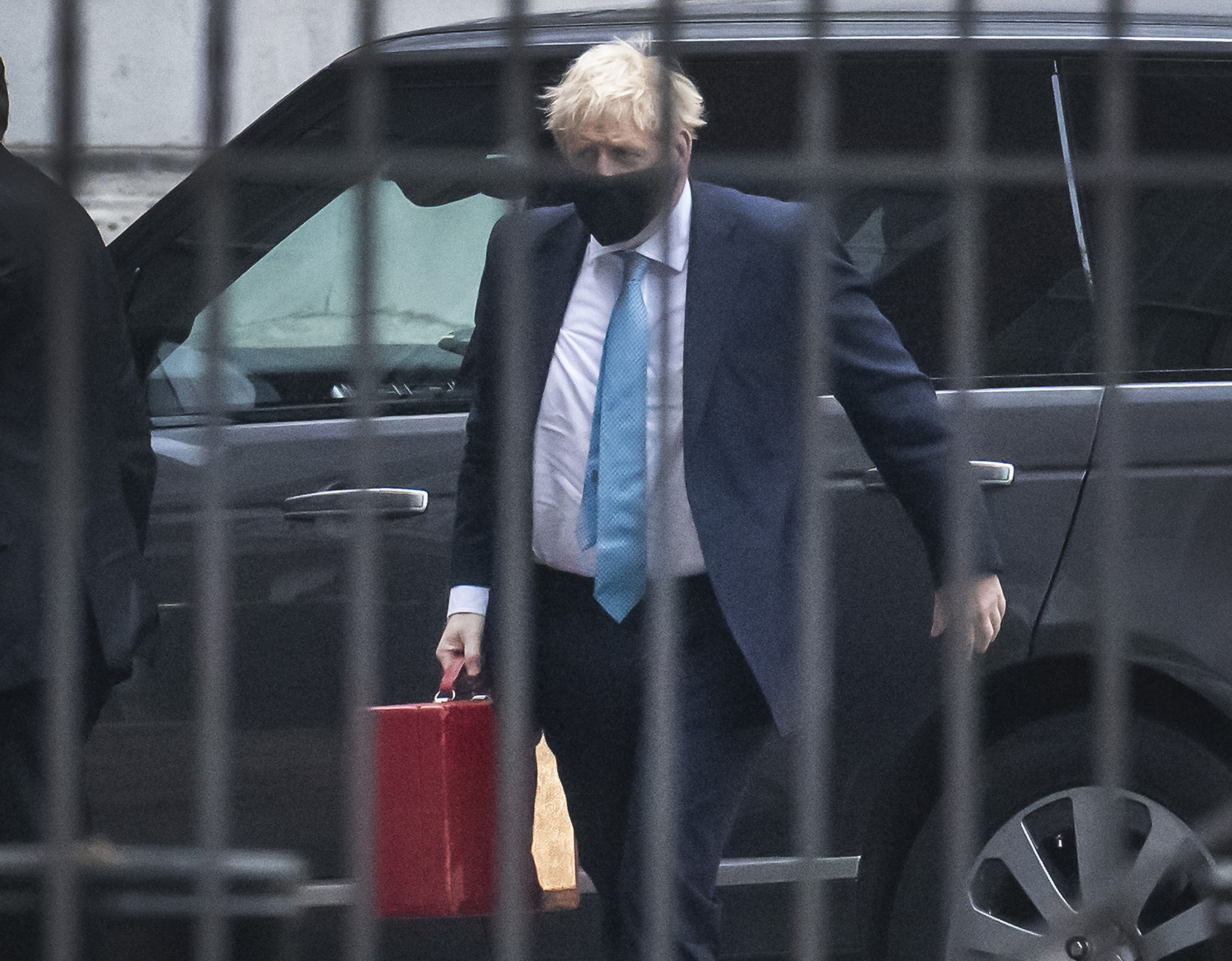 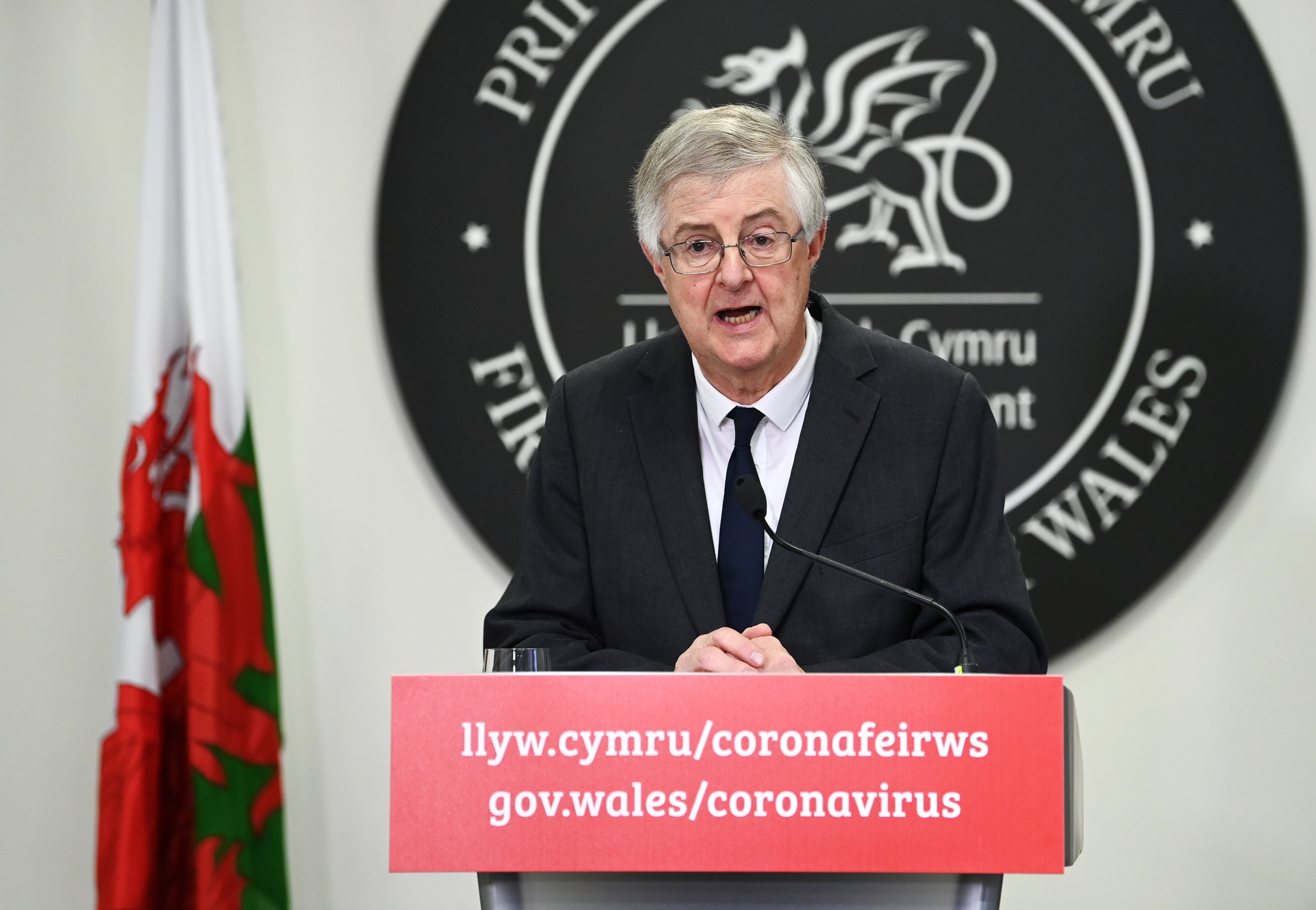 The lockdown will fall over the half-term holiday and extend for a week beyond that.

Primary schools willreopen as normal after the break and kids in secondary school in Year 7 and 8 will be able to go to school.

All other students will have to go back to home learning.

Mr Drakeford stressed that children were the "top priority" and childcare centres would be able to stay open throughout.

Scotland and Northern Ireland have also chosen to implement similar temporary measures to try and get a hold of cases.

And Labour's Sir Keir Starmer has said England must follow suit, too.

But the PM has rejected such an idea for England, saying he believes a regional approach is still the best.

When asked if England could follow suit with a "circuit breaker" lockdown, No10 stood firm on their position.

The PM's spokesman said: “The PM continues to believe that targeted local action in those areas of high prevalence of the virus is the correct course.”.

Ministers said earlier it wouldn't make sense to impose national lockdowns on places like Herefordshire and Somerset which are not seeing a big rise in cases.

The Welsh First Minister said the fire-break was the "shortest" it could be, but the narrow time frame means it will have to be "sharp and deep" to cull new infection rates.

He said this lunchtime: "There are no easy choices in front of us as the virus spreads rapidly in every part of Wales.

"We know if we do not act now it will continue to accelerate and there is a very real risk our NHS will be overwhelmed."

The First Minister warned Wales would be looking at an "open ended national lockdown" if urgent action wasn't taken.

There were almost 1,000 new coronavirus cases in Wales yesterday, and hospital admissions were up 40 per cent in the last week.

He said: "Unless we act… even more people will die from this deadly virus."

"Of course this will not be easy, but if we act together, we will succeed."

The Welsh Government has also created a £300 million financial package to give grants to help businesses stay afloat.

Businesses eligible for rates relief will be able to access £1000 grants.

Small and medium retail, leisure and hospitality businesses forced to close will get a one off payment of up to £5000. 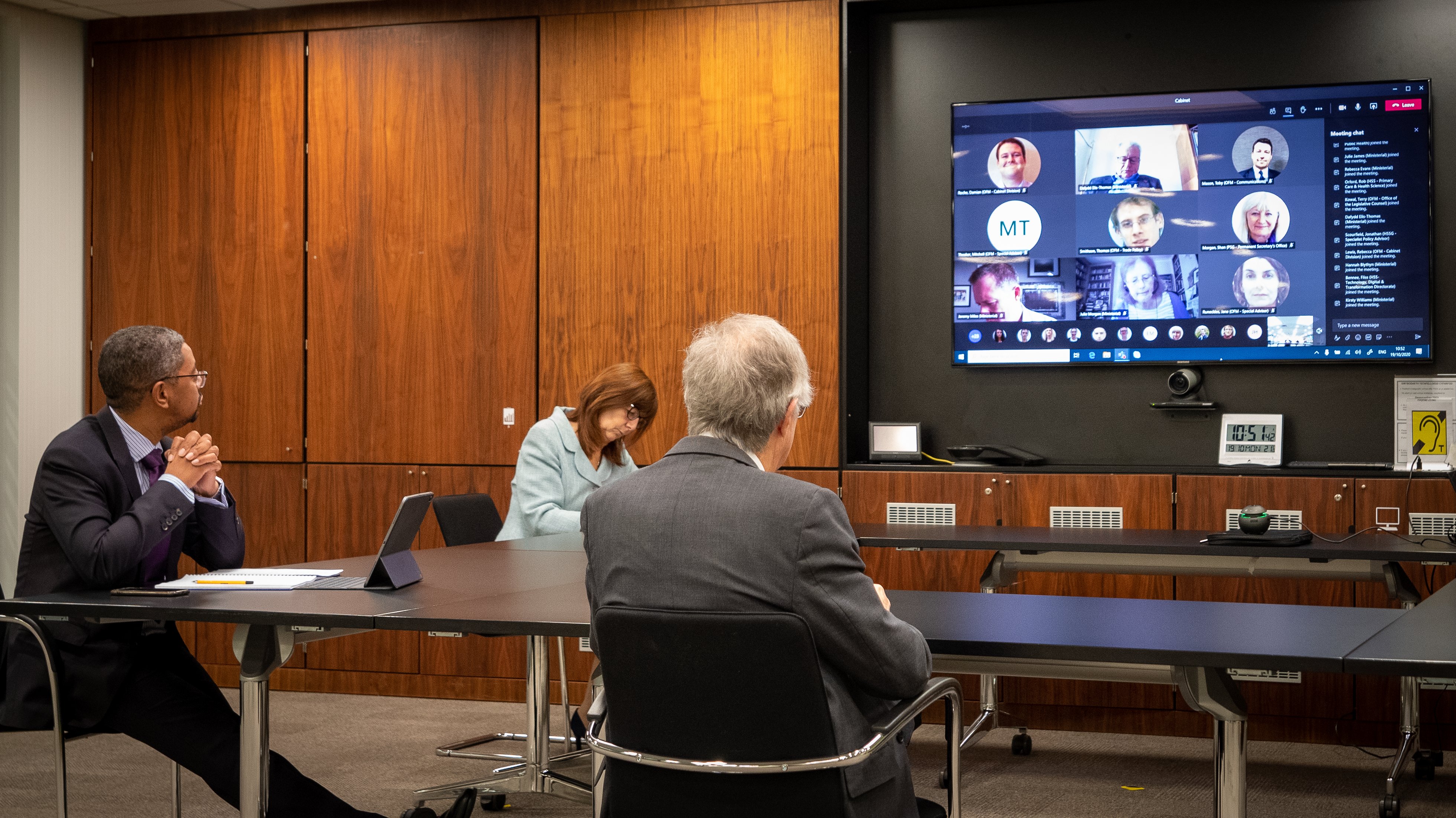 Las week, Mr Drakeford set himself on a collision course with Mr Johnson by saying Wales' border would be closed to people from coronavirus hotspots in England.

Anyone breaking the border ban would even be fined £50.

But the demands fell flat when the Police Federation of England and Wales said "policing in Wales is already over-stretched due to the pandemic" and it would be difficult to enforce measures.

Northern Ireland and Scotland are both in the middle of circuit breaker lockdowns to try and get on top of new coronavirus infections after the Government's Sage committee of experts threw their support behind short national shutdowns.

Scots are unable to drink alcohol in pubs and restaurants, which all have to close at 6pm daily.

People in Northern Ireland are also living under strict rules, with pubs, schools and restaurants forced to close for four weeks.

But over the weekend, Labour frontbencher Rachel Reeves admitted England could face a series of lockdowns to stop new infections.

He said:"The argument for a national circuit-breaker is not one that I, personally, find, at all persuasive.

"The damage to the economy and to our broader health and wellbeing that would be brought about by a circuit-break, I think, would be very, very significant.

"And so the Government's approach is a localised, a proportionate and localised, approach for as long as there is such wide variations in infection."