Is Boris Johnson going to jail for fibbing about Brexit? Instead of Downing Street, is he headed for Wormwood Scrubs?

The very fact that a court will consider the question should ring loud alarm bells for the state of British democracy – as if those alarms weren’t loud enough already.

There is a widespread belief among Remainers that the Brexit referendum was won through dishonesty, and those responsible should be held to account. 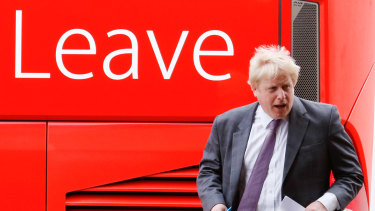 Boris Johnson arrives on the infamous ‘Brexit bus’ during the 2016 referendum campaignCredit:Luke MacGregor/Bloomberg

But if this prosecution is successful, then politicians will no longer just be answerable at the ballot box for their campaign confections. Some see this as a dangerous step.

Remarkably, Johnson’s fate may even rest in the hands of one of his colleagues.

Attorney General Geoffrey Cox has the power to end Johnson’s prosecution. And – like Johnson – Cox has long supported Brexit. 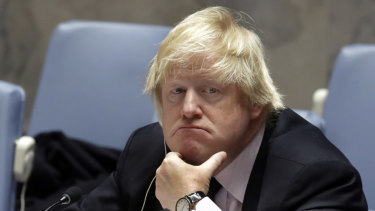 On Wednesday District Court judge Margot Coleman ruled there was a “prima facie” case that Johnson, until just now considered the favourite to replace Theresa May as prime minister, had told “a huge lie calculated to mislead the electorate”.

It alleges that Johnson repeatedly “lied and misled the British public” by claiming that the cost to the UK of EU membership was £350 million ($638 million) a week.

Critically, he did so while “acting as a public officer” – using the platforms and opportunities available as MP and mayor.

And, it is alleged, he knew the comments were wrong: not least because on other occasions he had “used accurate figures”.

“Lying on a national and international platform undermines public confidence in politics, undermines the integrity of public referendums and brings both public offices held by [Johnson] into disrepute,” the prosecutor claimed.

The maximum sentence for such a crime is life imprisonment. 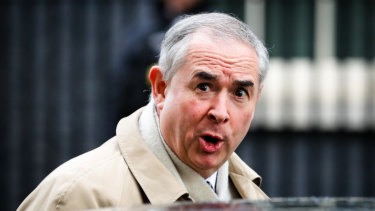 Coleman accepted there was an arguable case that Johnson had abused the public’s trust.

“The public offices held by Mr Johnson provide status but with that status comes influence and authority,” she said.

The implications are huge. And there has already been a big backlash.

Barrister Jo Maugham asked “where do cases like this lead? To the State deciding when to bring prosecutions against politicians for bad campaigning? Is that really what we want?”

“It's happening because the mechanisms by which we hold politicians to account are breaking down,” he said. “But the remedy lies in the ballot box, not in court.

“Politics, unlike other professions, is meant to be regulated by the electorate… we should avoid the temptation to expect the law to fix the problems inherent in democratic politics. If we go down this road, the effect will be to drag the courts into political controversy and turbo-charge campaigns by the populist right to nobble them.”

Johnson could yet be saved. The Attorney-General has a long-standing power, via the Director of Public Prosecutions, to take over a private prosecution and discontinue it.

This power is usually employed if a defendant is unfit to be tried or has been promised immunity, but according to the Crown Prosecutors website it is “not subject to control by the courts” and the Attorney-General is answerable only to parliament as to whether he had acted “as a guardian of the public interest”.

So will Cox save Johnson?

Cox is an avowed Brexiter, having campaigned for it arguing “the case for leaving the EU is overwhelming”. His name is noticeably absent from Conservative Home’s list of MPs who have declared their support for one or other of the Tory leadership candidates.

He also has a reputation for taking his duties seriously, and placing them above politics.

This will be very interesting to watch.