MANAGUA (Reuters) – Tensions have flared in Nicaragua since President Daniel Ortega’s leftist ally Evo Morales was toppled in Bolivia, encouraging the local opposition and prompting Ortega to arrest activists and ratchet up pressure on opponents. 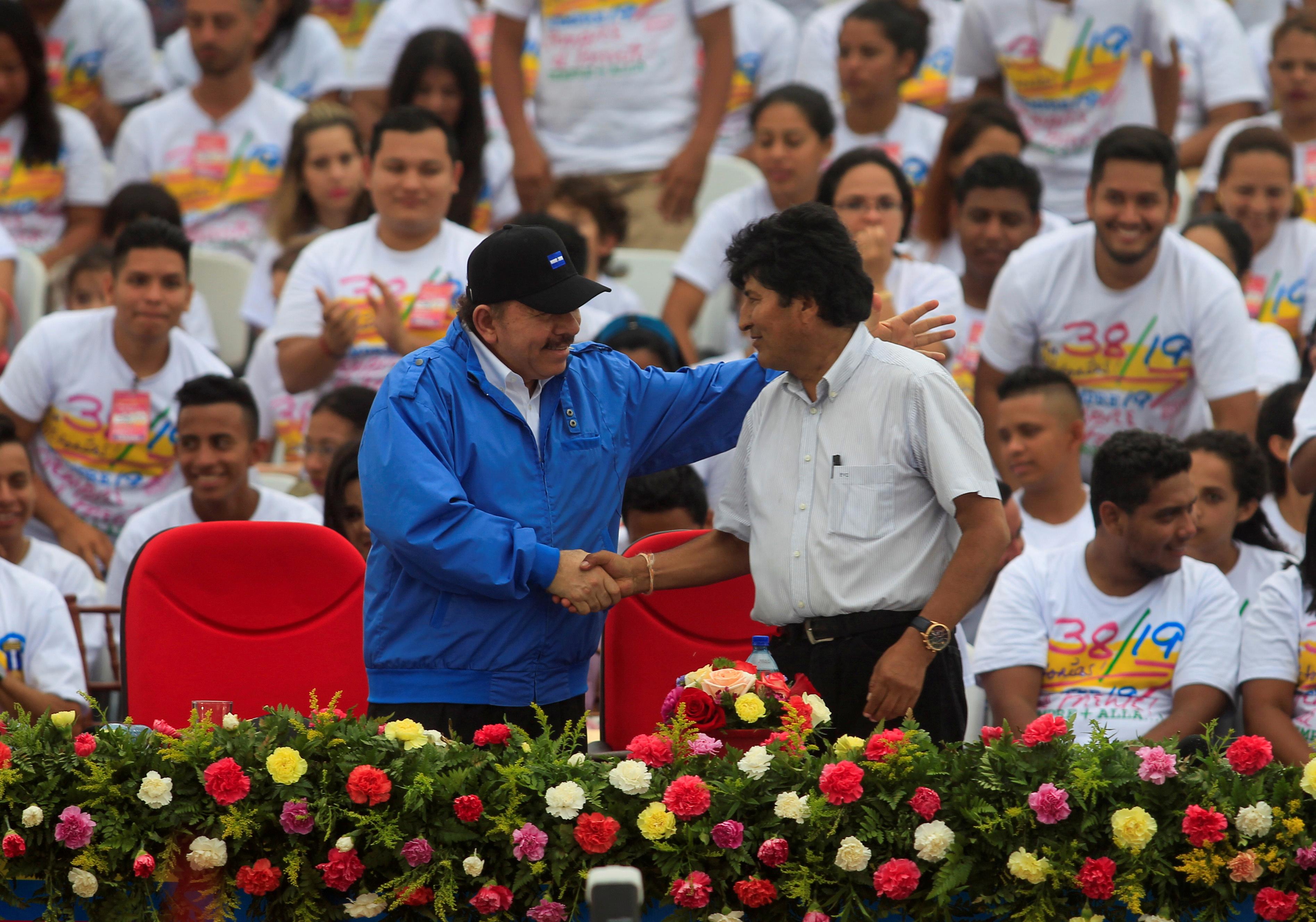 Morales resigned on Nov. 10 as the military urged him to step down and police officers defected to join massive street protests over vote-rigging allegations.

The ripple effect has been felt across Latin America, unnerving incumbent governments and re-energizing opposition movements across the continent.

In Nicaragua, where more than 300 people were killed during protests in 2018, months of relative calm have been punctured this month. Mothers of political prisoners launched two hunger strikes, which were met with arrests of activists and clashes by government supporters in the cathedral in the capital, Managua.

Ortega has warned there will be no repeat of Bolivia under his watch.

“The Bolivia situation was a shock for the government,” said a Western diplomat in Managua, who asked not to be identified.

“It has impacted the government and completely diminished their desire to negotiate. It’s hardened their stance,” added the diplomat, referring to stalled talks over electoral reforms and early elections to end the grinding political crisis.

Within days of Morales’ departure from Bolivia, the tone from the ruling Sandinista National Liberation Front (FSLN) party hardened. Ortega gave a speech lamenting the toppling of his socialist ally and warning Nicaraguan opposition it is “playing with fire”.

Opponents meanwhile welcomed Morales’ fall, which the United States said sent a signal to other “illegitimate regimes” such as Nicaragua and Venezuela.

Last week, a group of mothers of political prisoners began a hunger strike in a church in the city of Masaya, close to Managua. Police responded by surrounding the church, then cutting off its water and electricity.

In Managua, police have beefed up their presence on the streets. On Tuesday the government announced a five-year extension to the mandate of the army chief Julio Cesar Aviles.

“They are pursuing a strategy of…direct intimidation of opponents to make them refrain from taking to the streets and being emboldened by what’s going on in Bolivia,” said Tiziano Breda, a Central America researcher at the International Crisis Group (ICG).

“They also want to show they Nicaragua is different from Bolivia and they still control security forces, police and the judiciary system”.

On Monday, police accused 16 activists of planning “terrorist” attacks and the prosecutor charged them with arms trafficking. The activists’ families said they were bringing water and medicine to the mothers waging hunger strikes to demand the release of more than 150 political prisoners.

A second hunger strike was broken up when the Managua’s cathedral was stormed by a group of people activists say are linked to the ruling Sandinista party. A priest was beaten, according to the Catholic church and video footage shared on social media.

One of Ortega’s sons last week led a protest outside headquarters of the COSEP business association which is part of the anti-Ortega Civic Alliance coalition, denouncing the private sector as “enemies of the people” and democracy.

“Should there be any unforeseen events, like death in a hunger strike, that could backfire and embolden the opposition,” added ICG analyst Breda.

The events in Bolivia have given new hope to the movement against Ortega, said Haydee Castillo, a member of the political council of the opposition Blue and White National Unity party, which is calling for a national strike.

But Castillo struck a word of caution.

“It’s a very dangerous moment,” he said. “The dictatorship is on the defensive”.