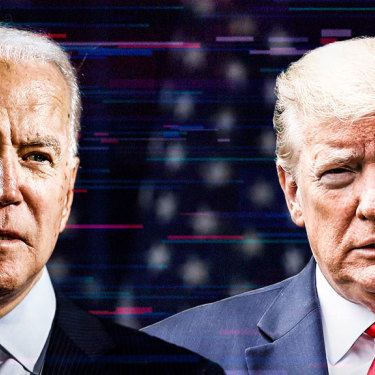 The mid-western state – known for its freezing winters, multitude of lakes and numerous flour mills and butter-making plants – has been a bastion of progressive politics over the past 70 years. During that time, the "Bread and Butter State" has voted for a Republican presidential candidate just once: Richard Nixon in 1972. 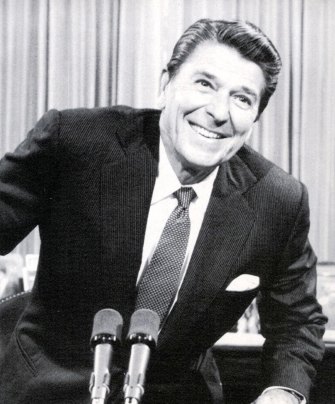 When Ronald Reagan achieved a landslide re-election victory in 1984, just one American state voted for Democratic Party candidate Walter Mondale: Minnesota. Now it's in play for the Republicans.

But Minnesota's days as a lock for Democrats are over. In this year's presidential election, it is a key battleground state. Donald Trump and Joe Biden both plan to travel there in coming weeks and their campaigns are flooding the state's airwaves with advertising.

After losing Minnesota to Hillary Clinton by just 1.5 per cent – a slender margin that few saw coming – Trump has consistently lamented that he would have won the state if only had he given just "one more speech" there before election day.

The Trump campaign views it as one of its best shots at expanding its electoral map this time around, a victory that would help offset potential losses in other states.

"We’re going all-in on Minnesota," Trump campaign adviser Jason Miller said on a call with reporters this week. "We think it’s a state we can win."

Meanwhile, Trump is playing defence in the south-western state of Arizona. Known for its scorching summer temperatures and dry desert landscapes, the "Grand Canyon State" is in many ways the antithesis of Minnesota. It has voted for the Republican candidate in every presidential election since 1948 with just one exception: Bill Clinton in 1996. Now it is one of the most closely-contested states in the election, with the RealClearPolitics average showing Biden leading there by 5 percentage points. 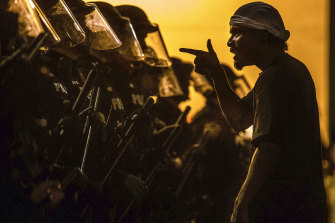 The changing fortunes in Minnesota and Arizona say much about the electoral geography that will decide whether Trump or Biden emerges the winner on November 3.

This weekend's Labor Day holiday marks the unofficial start of campaigning season, signalling the moment the candidates ramp up their travel and advertising spending.

Biden – who has been largely confined to his home in Delaware because of coronavirus concerns – travelled to Pennsylvania and Wisconsin this week and will visit Michigan next week. Trump visited Wisconsin, Pennsylvania and North Carolina. 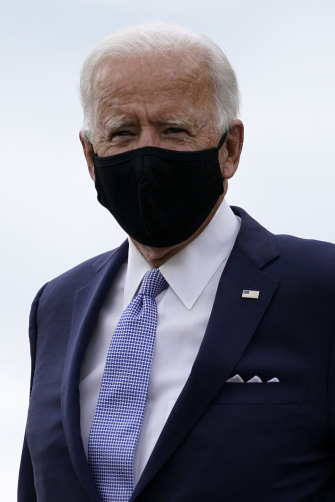 At a broad level, the election represents a battle between two competing visions of America: what Atlantic journalist Ronald Brownstein has called the "coalition of transformation" versus the "coalition of restoration".

The Democratic Party represents the "coalition of transformation": the party's base is urbanised, college-educated and racially-diverse voters who are comfortable with cultural and technological change. The Republican Party represents the "coalition of restoration": rural, non-college educated white voters and evangelical Christians who are more unsettled by the changing nature of the country.

Crucially, the battle between these two coalitions will play out inside the context of America's unique electoral system. The aim of the game is not to win the most votes overall, but to triumph in enough competitive states to win a majority in the state-based Electoral College.

Until recently, neither side of politics particularly benefited from this system. It was extremely rare for the popular vote result to diverge from the Electoral College outcome. Now the system delivers a clear structural advantage to Republicans – one that is keeping Trump in the game despite trailing Biden by an average of seven points in the polls.

The Democratic Party's coalition of racially-diverse city-dwellers is increasingly concentrated in safe states such as California and New York, meaning millions of their votes are effectively wasted. Meanwhile, the Republican Party's base of non-college white voters is over-represented in many of the most competitive states.

Trump received 2.9 million fewer votes in total than Clinton in 2016, and almost no-one in US politics expects him to win the popular vote this time around. Polling guru Nate Silver estimates that a Biden victory is only assured if he defeats Trump by more than 5 percentage points nationally. 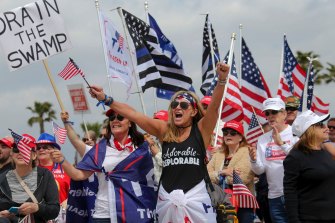 To win in 2020, experts believe Trump can only rely on the narrow supporter base who helped him achieve victory four years ago.Credit:AP

"The President has not expanded his coalition beyond his core base of supporters, who have always been a minority of the electorate," Grinnell College national poll director Peter Hanson said this week.

"His most likely path to victory is to do again what he did in 2016: win the Electoral College with narrow victories in battleground states despite losing the national popular vote."

According to election analysts, around a dozen states will be competitive on election day with a handful of states set to play the ultimate role in deciding the winner.

As with 2016, the most prized electoral terrain will be the area known as the "Rust Belt". The states in this region were once manufacturing powerhouses but have experienced industrial decline since the early 1980s. These states include Pennsylvania, Michigan and Wisconsin: all of which voted for Barack Obama twice before flipping for Trump in 2016. Democrats used to have the advantage in most of these states, reflecting their dominance with blue collar voters – especially those who belonged to unions.

That advantage no longer exists thanks to the Republican Party's growing support among white voters without a college degree – especially men. Trump, in particular, has proved especially popular with these voters, who tend to have more conservative views on issues such as immigration, guns and race relations. Trump's aversion to free trade deals, and his hawkish approach to China, also plays well with this cohort.

Minnesota, which borders Wisconsin, has a lot in common with the Rust Belt states both culturally and demographically. That's why the Trump campaign is targeting it so intensely. In Minnesota, 59 per cent of eligible voters are white and do not hold a college degree. This opens the possibility for Trump to win the state if he can motivate enough of these voters to show up at the polls. Democrats will be depending on a big turn-out in the cities – including from African American voters – to hold back the tide.

It's a different story in Arizona, located in the "Sun Belt" area stretching from southern California to Florida. In Arizona, just 44 per cent of eligible voters are whites without a college degree. The state is highly urbanised and increasingly diverse which makes it more friendly territory for Democrats. Almost a quarter of the state's eligible voters are Hispanic, a demographic that tends to vote Democratic. Then there are big numbers of college-educated white voters, who increasingly vote Democratic – especially women.

These factors explain why other formerly reliable Republican states like North Carolina, Georgia and Texas are also considered competitive this year. North Carolina is considered the most likely to flip Democratic, thanks to its increasingly diverse and well-educated share of voters in the suburbs of cities like Charlotte.

Florida, a perennial swing state, remains one of the most prized battlegrounds this year. As the third most populous state in the country, it has a big number of electoral votes: flipping Florida would put Biden on the precipice of victory.

Perhaps more than anywhere else in the country, the "Sunshine State" represents a microcosm of the nation.

It has highly conservative, mostly-white rural counties where Trump is beloved. But also big, diverse cities such as Miami where he is deeply unpopular.

The state has a big Hispanic population, but the politics play out with a Floridian twist. In Arizona, most Hispanic voters have Mexican heritage; Florida has a large and influential Cuban community. Many of these voters fled Castro's Communist regime and tend to be more conservative.

Polls currently show around 95 per cent of voters say they have already made up their mind about how they will vote in the election. This means the key task for both candidates will not be persuading undecided voters but to ensure their voting coalitions show up to vote en masse. And, most importantly, to ensure that they show up in the states that matter.

Are you a dual citizen living in the United States? We'd like to hear from you.