BBC Weather forecaster Chris Fawkes noted that more heavy snow is expected across Europe. Both Spain and Madrid can expect more snow following Storm Filomena. However, these wintry conditions are expected to spread across Europe.

The east of Europe will have heavy snowfall over the next coming days.

Parts of Scandinavia will also experience freezing temperatures and snowfall.

Mr Fawkes said: “We have just seen the heaviest snow for decades for a good portion of Spain thanks to storm Filomena.

“That is a storm causing transport disruption in Madrid with heavy falling snow as well. 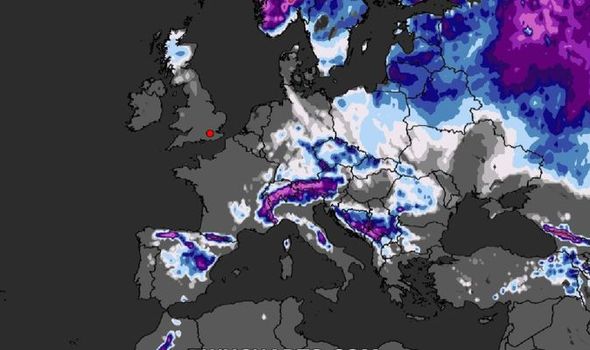 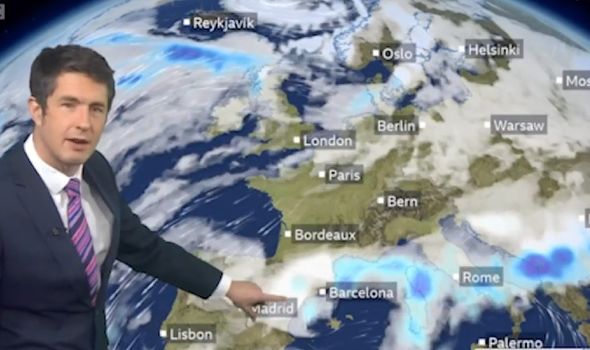 “The cloudy area of low pressure continues to bring heavy snow across northeastern areas of Spain.

“As we go on into Sunday there will be another 10-20cm of snow above 500m elevation but the snow will be easing away from Madrid.”

The BBC Weather forecaster explained that the wintry snow weather will be spreading across Europe.

Parts of east Europe will see temperatures fall significantly and can expect snowfall. 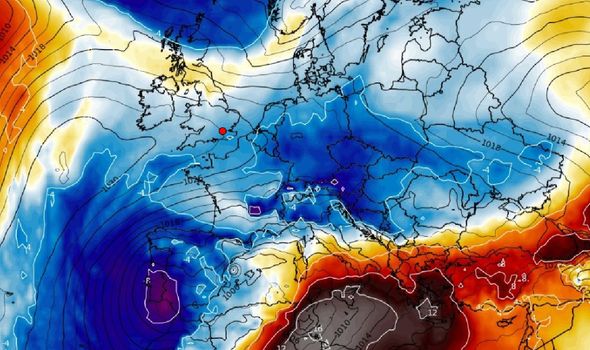 Mr Fawkes said: “There will be some heavy snow going into Balkan areas.

“Another 10-20cm stretching across parts of Croatia, Bosnia into Kosovo, Serbia and northern areas of Bulgaria.

“The snow could cause some transport disruption for these areas.

“There is still a little bit more snow to come across these northeastern parts of Spain, as I say. 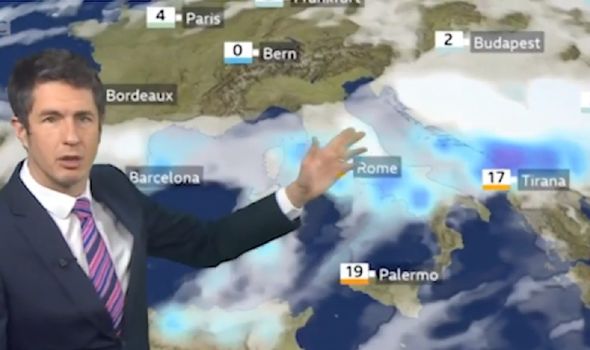 “They are not entirely out of the woods as it will stay pretty cold as well across these southern areas.”

He closed by saying: “Snow will begin to ease off across those countries I mentioned but still some heavy snow pushing in from Bulgaria into Romania.

“We could see some disruptive weather here as we get on into the first part of the new week.”