The highest temperature of the year so far was seen in Spain reaching over 42 Celsius in the east earlier this week. BBC meteorologist Sarah Keith-Lucas told viewers that the weather will now be a little bit cooler for Spain and for Portugal, but are going to be warming up here once again as we head through the course of next week. Elsewhere we’ve had some heavy showers pushing across parts of Poland and also towards Croatia as well.

Ms Keith-Lucas said: “Those showers will be sticking around but moving their way further east.

“This will affect the likes of Hungary, Romania and the Ukraine as well.

“Towards Turkey though things are looking dry and pretty warm. 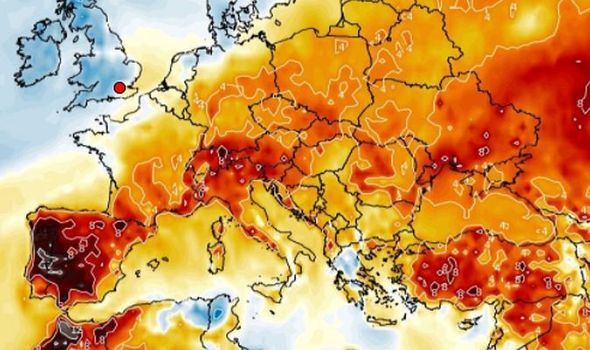 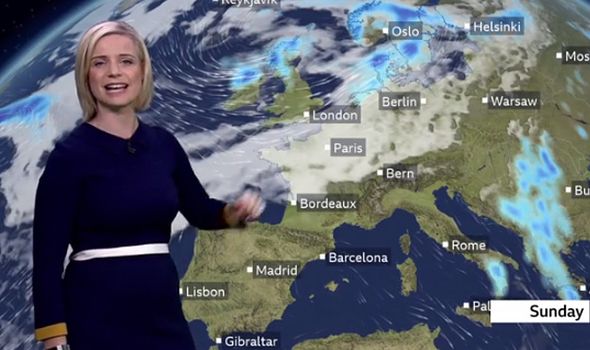 She continued: “But as we push our way northwards, we’re back into those heavy showers.

“These will appear across parts of Croatia into Hungary, Ukraine and into the west of Russia too.

“After the heatwave we started the week with in Scandinavia, it’s much cooler and more unsettled theme into the weekend.

“Blustery winds are in store for Norway, Sweden and some heavy bursts of rain at times for Finland.” 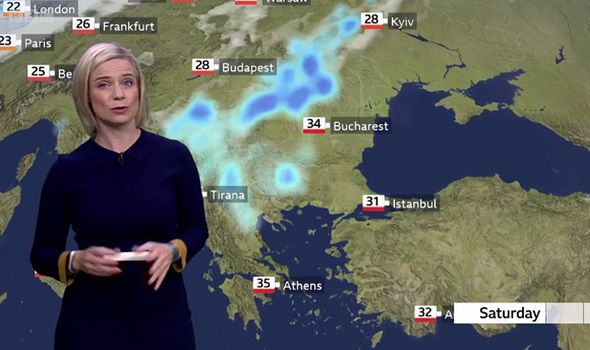 The weather presenter added: “It stays unsettled across the northwest with brisk winds for the UK into Scandinavia.

“Further heavy showers are to expected in these parts.

“Further south though things are going to be warming up gradually once again across Portugal and Spain.” 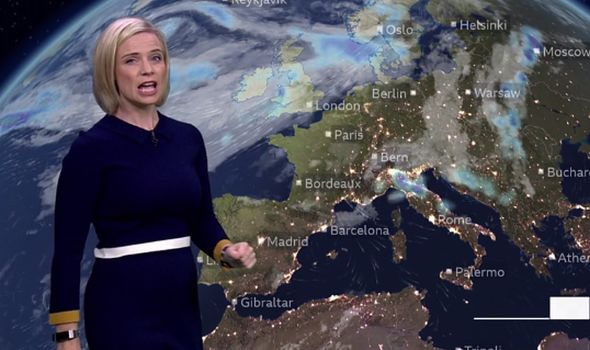 Ms Keith-Lucas told viewers: “But we have got some showers pushing into Greece and southern Italy through the day on Sunday.

“London and Paris are both looking largely dry for much of the week ahead, warming up a little bit too.

“Lots of sunshine for Madrid and for Rome as well.

“Temperatures in Madrid will get close to 40 degrees for a time.

“Berlin is also looking dry while some heavy downpours are to arrive in Moscow on Tuesday.”