BBC Weather forecaster Helen Willetts noted a new weather front will be moving in from the Atlantic Ocean. This will bring rain and some wind for most of the UK although it won’t be as blustery as the past few days. The weather forecaster also added there will be frosty mornings for the new week due to clear skies at night sending temperatures plunging.

Temperatures will reach around 10C during the day but could fall as low as 2C for the mornings which is likely to create frost.

Ms Willetts said: “It is a tale of two halves today.

“We had yesterday’s wind and rain which has cleared out of the way, we have got some dry and brighter weather this morning.

“But already steaming in off the Atlantic is the next weather front which will bring rain to many parts across the day.” 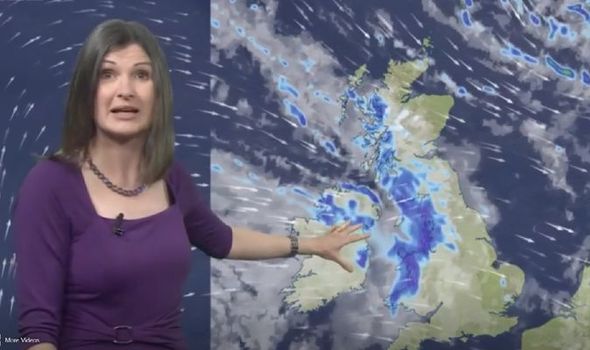 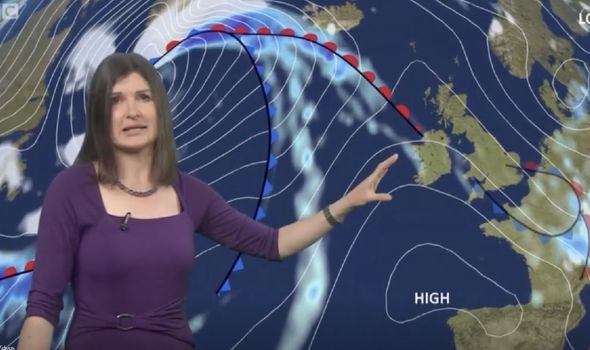 The BBC Weather forecaster noted the rain will quickly return after the bouts of sunshine in the UK.

She said: “The best of the dry weather in central areas definitely will be in the morning, it will be on the chilly side but largely frost-free.

“But you can see for the southwest of Scotland and this morning for Northern Ireland the rain comes in.

“It will be reaching the Irish Sea shores about lunchtime.

“It will be a steady few hours of rain as that progresses southwards and eastwards through the day.” 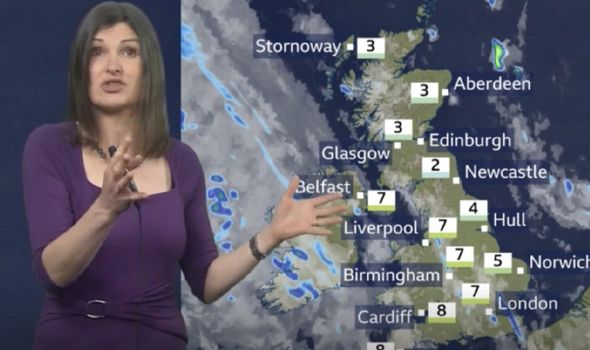 BBC Weather: Europe set for ‘a lot of snow’

Ms Willetts added that temperatures will rise throughout the afternoon.

Across the country, most areas will be just shy of 10C.

However, these temperatures will fall away throughout the evening and give way to a frosty night and morning.

The forecaster continued: “As we go through the evening and overnight there will be clear skies once again as the rain eases away.

“There will be more rain for Northern Ireland in the morning but during the interim, there is going to be clear skies which means it will be chilly again. 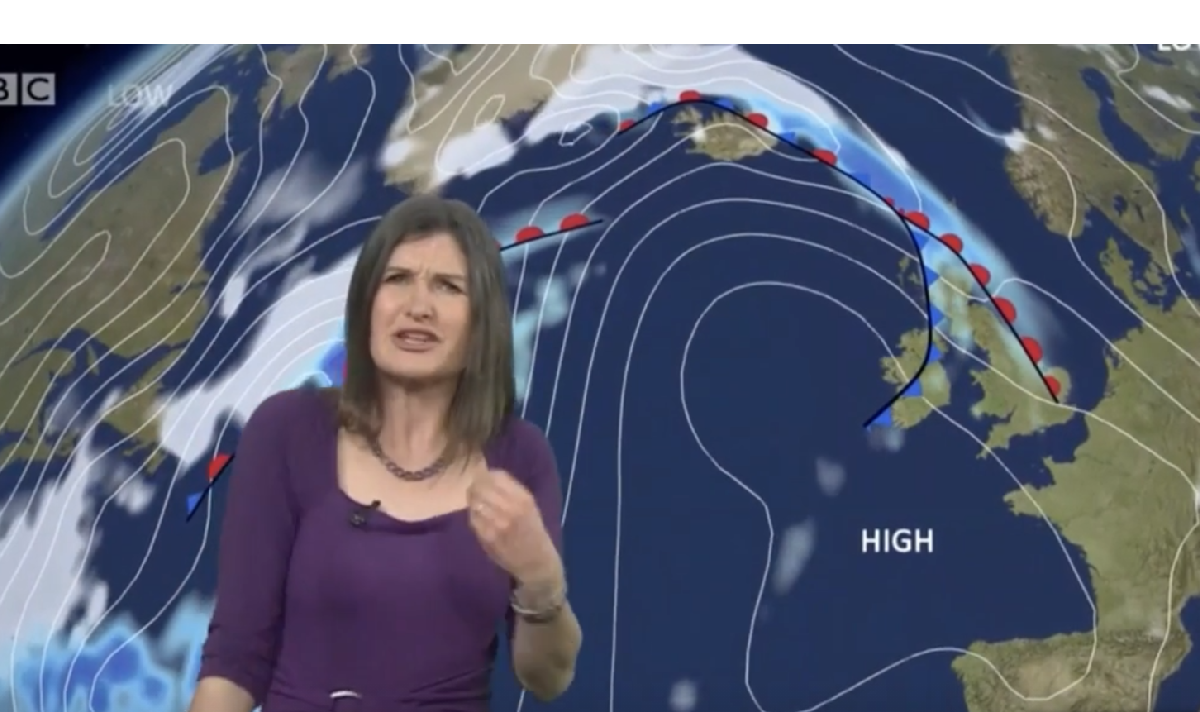 “There will be some rural frost in some areas and that is because we are quietening things down this week.”

BBC Weather’s long-range forecast also noted that next week many parts of the UK can expect frosty starts.

The forecast said: “During Tuesday, rain will reach all areas and it should linger across the eastern half of the country through to the evening.

“Northern Ireland, Wales, western Scotland and southwest England will become drier with some sunshine developing through the afternoon.

“Wednesday onwards will be drier with some sunshine as high pressure builds. Any patchy drizzle should die away and there will be some sunshine for most also a chance of overnight frost and fog patches.”