BBC WEATHER Europe forecaster Phil Avery explained that temperatures were “unseasonably” cold in some areas in western Europe. London, Paris and Madrid will see particularly cold days as temperatures struggle to reach higher than 10C. Despite the wet and windy weather expected some parts of eastern Europe are considerably warmer than to be expected.

Mr Avery explained that Kyiv, Moscow and Athens were holding hotter temperatures but warned this warm spell was not set to last.

He said: “There is plenty of weather to speak of over the next few days in Europe.

“Well, you can see the amount of cloud swirling around a big area at the heart of the Mediterranean sea.

“There are other frontal systems dragging some pretty wet and windy weather through eastern Europe up towards Finland, the Baltic states and the western side of Russia. 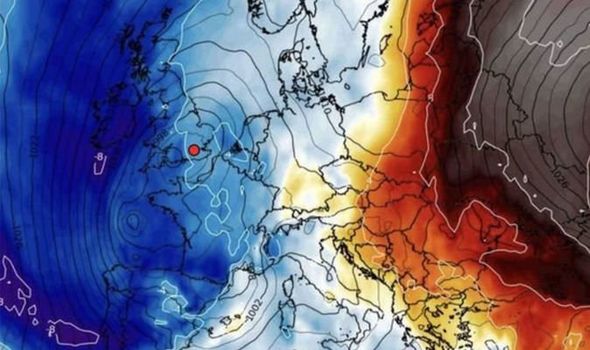 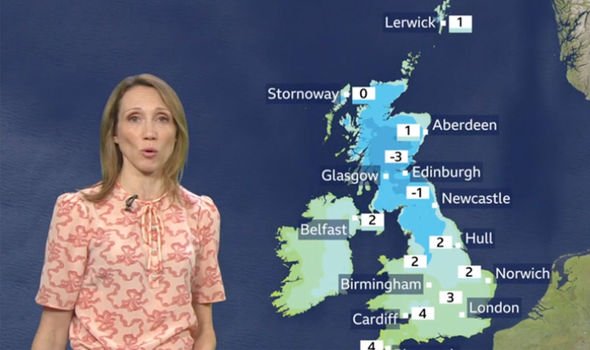 “It is no great surprise that you get that sense of unsettled weather for many.

“Although, much of Turkey and the eastern Mediterranean find a settled period.

“Things will gradually improve on Wednesday for parts of Italy also.

“But there is more wild weather on the way, you will notice that a big area of blue dominating the west of the Mediterranean. 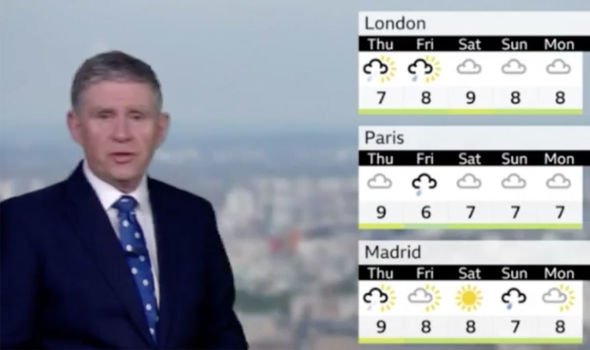 “There will be more spells of wet and windy weather to come through not just yet as cold as it has been in Scandinavia. 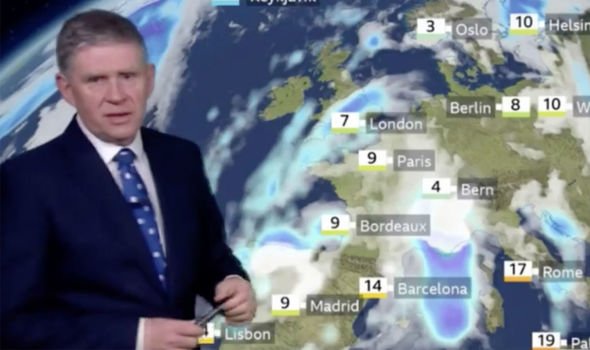 “Through central and western parts of Europe, it remains unseasonably cold, widely across this particular zone.

“Where is the heat at the moment, it is further towards the east.

“Some of the temperatures are somewhat ten degrees higher than what we expect for this time of year.

“Make the most of it because I am sure it won’t last.”