A FIVE-month-old baby was among at least 14 people killed as a series of shootings rocked the US this weekend.

Dozens of people were shot as gun violence was reported in Chicago and Dallas and chaos erupted at two Pride events in San Francisco and New York City. 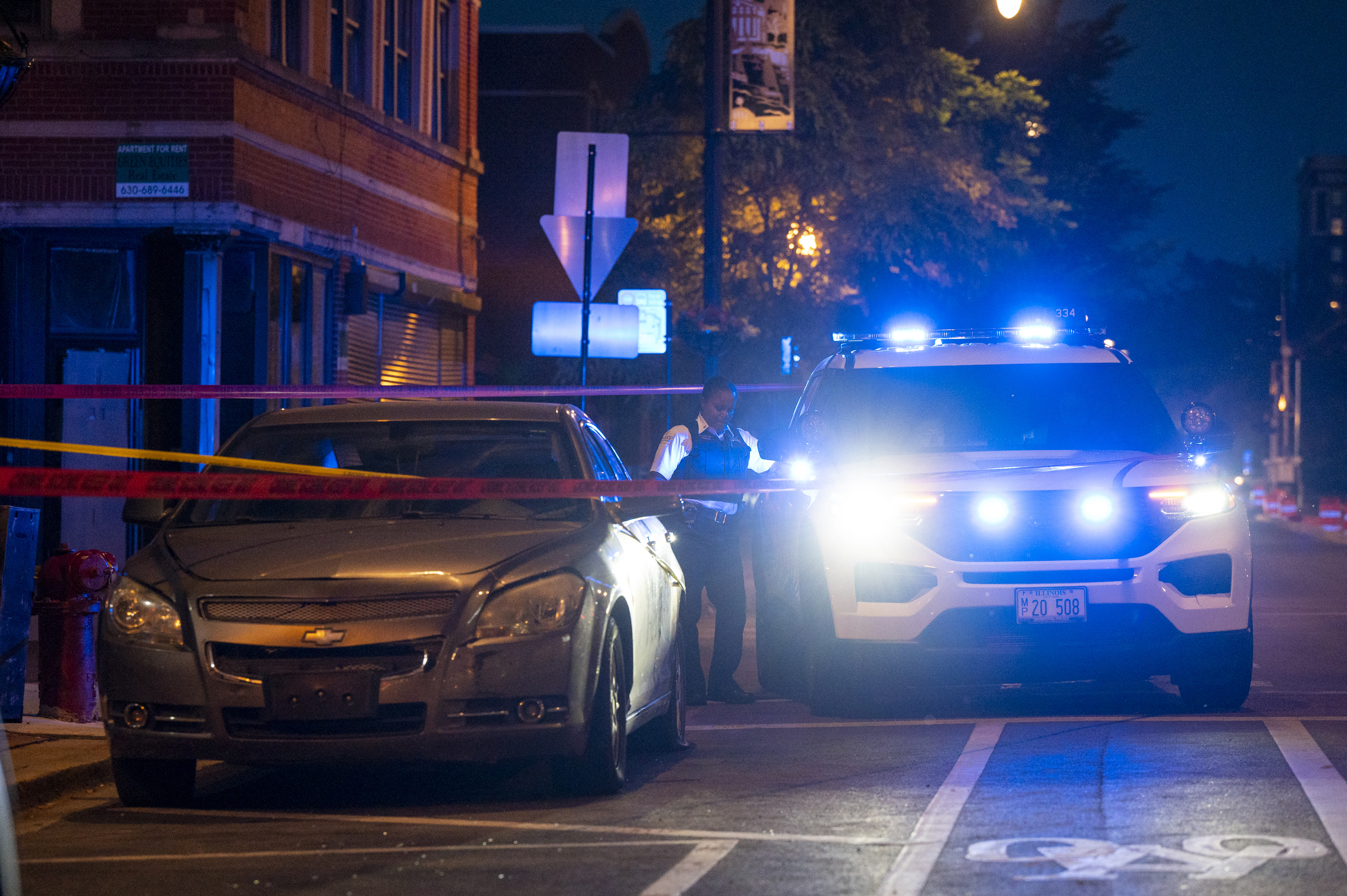 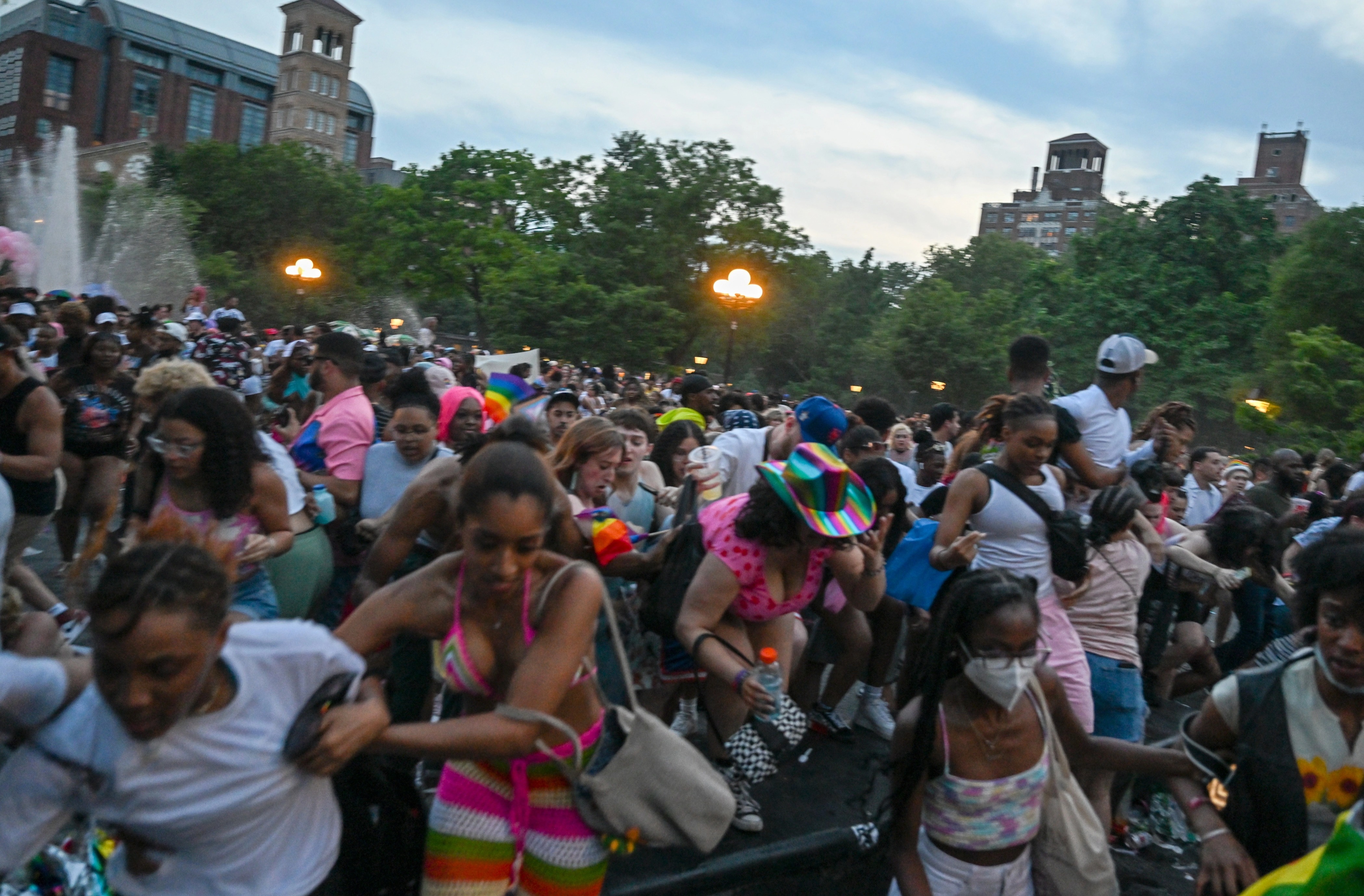 Cecilia Thomas was killed when she was being driven home by her dad in Chicago’s South Side on Friday.

Coroners in Cook County revealed that she died from a gunshot wound to the head, ABC News reports.

And, a motorist, 41, was hit by gunfire and was treated for an injury near his eye.

Thomas was among at least five people killed as gun violence rocked the Windy City. 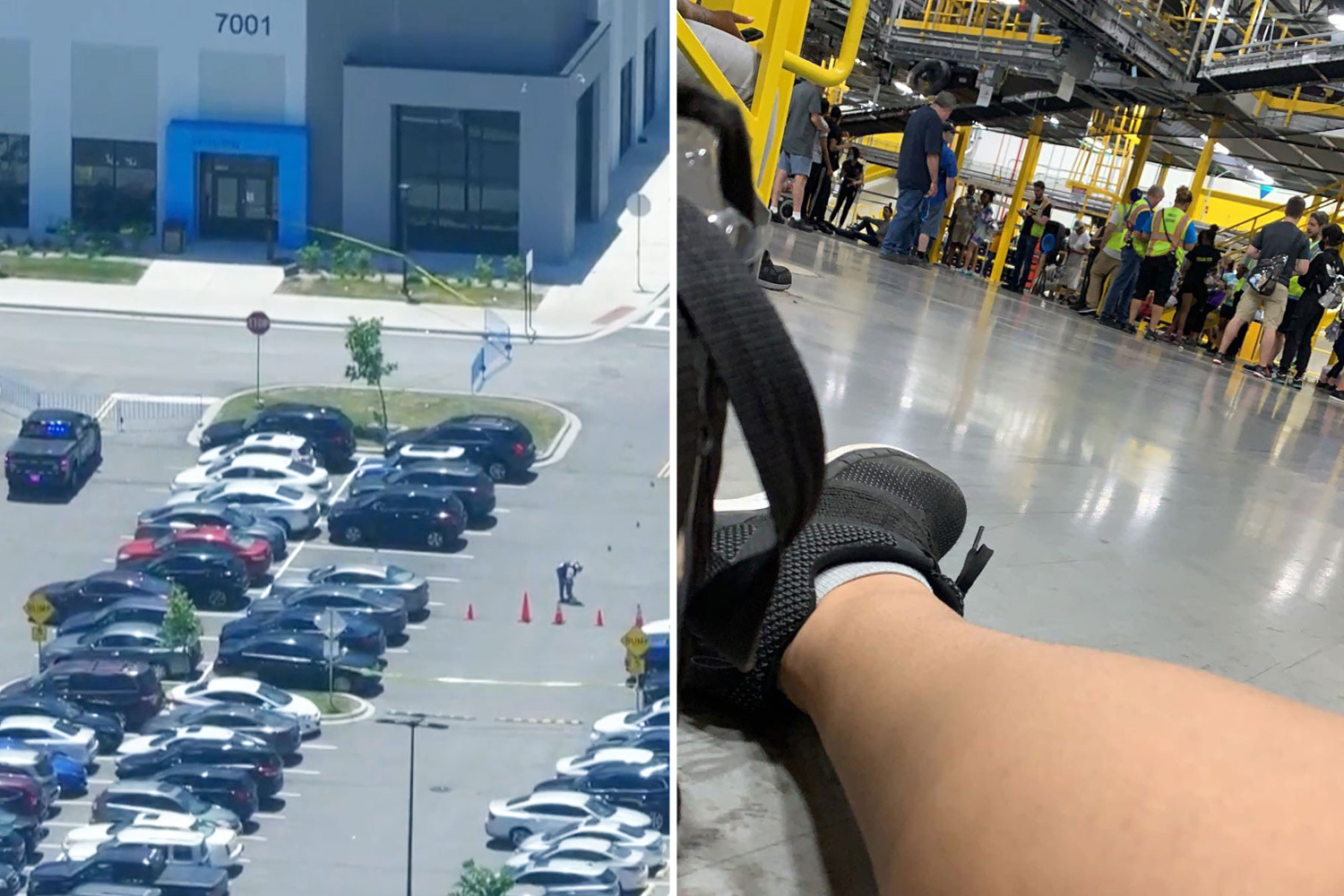 Hunt for gunman after shooting erupts at Amazon warehouse

A 45-year-old man was pronounced dead in hospital after being found with gunshot wounds just after 11pm local time Friday, NBC Chicago reports.

And, cops found a man, 21, lying on the sidewalk after he had been shot in the back and shoulder.

Officers are continuing to investigate both cases as they’ve not arrested any potential suspects.

Two armed men stormed a CTA bus on Sunday, striking two victims. One person was taken to Mount Sinai hospital where he died, while a 24-year-old man, suffered a graze wound.

Around 50 shell casings were found at the scene and bullets went through windows of nearby houses, CBS reported.

The suspect fled the scene in a black van, according to cops.

So far, no arrests have been made.

At least 19 people were injured in a spate of shootings over the weekend.

Officers said that several gunmen shot a man, 28, in his foot on Friday evening.

A passenger in a Jeep, 30, was hit in the chest after being shot just before 1am on Saturday.

Cops identified a person of interest after a 20-year-old man was shot in the hip and leg on Sunday.

And, a man, 30, was shot in the head and a 51-year-old man was hit in the back and side as they were targeted while standing in a group on Sunday evening.

Cops revealed that five people were injured in a shooting at a trail ride concert in Winnona, Texas on Sunday.

Witnesses told police that there was an alleged altercation before shots were fired, CNN reports.

One person who was shot in the face was taken to hospital in a critical condition.

Cops revealed that five people were taken to hospital where they were treated for their injuries.

Cops said the party was being held near car dealerships and garages, ABC News reported.

The victims suffered non-life-threatening injuries and no arrests have been made.

Gunfire erupted near a nightclub in Blakely, Georgia around 12:45am local time on Sunday.

One person was airlifted to hospital but they died from their injuries, WSB-TV reports.

Cops found seven victims in total and some are in a serious condition, according to cops.

Georgia Bureau of Investigation agents saidrevealed dozens of people were on the scene at the time of the incident and fled when cops arrived.

And, a man, who hasn’t been identified, was killed in a nightclub parking lot in San Antonio, Texas on Sunday.

Witnesses told police that shots were being fired by several people after an argument, KSAT reported.

Three people, who are in their 20s, were injured amid the chaos.

Their condition remains unknown and cops haven’t made any arrests.

Jerome Jaheim White, 20, was killed and seven others were injured after a shooting in Pittsylvania County, Virginia on Sunday.

Police have confirmed that two victims are in a critical condition while five suffered non-life-threatening injuries.

“Some people just don’t seem to have a regard for human life anymore.”

An 11-year-old boy was killed in what cops are describing as an accidental shooting in Dallas.

Cops say they’ve identified a suspect, who is a youngster, as part of their preliminary investigation.

They are still looking for the teen as they want to quiz him, CBS-DFW reported.

Mom-of-three Shalanda Anderson, 32, was shot dead by a security guard at the Dallas strip club XTC Cabaret Dallas on Saturday.

Anderson is accused of plowing her car into the guard, WFAA reported.

The nightclub revealed that the guard was injured and suffered several broken bones.

Anderson was reportedly asked to leave the nightclub after an argument over the change she was owed.

Her friend Kaye Kaye posted on GoFundMe that Anderson’s three kids have been left behind due to “senseless gun violence”.

The gun violence came as Pride celebrations hit parts of the US.

Pictures show partygoers almost trampling on people as they scrambled to leave the area.

One person tweeted: “The way mass shootings have affected NYC is insane.

“Fireworks went off at Washington Square Park during pride and people almost got trampled because people ran in masses in fear (sic). Like nothing I have seen.”

And, cops responded to reports of a shooting in San Francisco on Sunday.

But, officer Kathryn Winters told the Washington Post: “At this time it does not appear that there was any merit to a shooting in the area, and officers remain on scene to ensure safety and security of Pride events.”

Cops couldn’t find any evidence of shots being fired but footage appears to show people fighting.

It comes after a teen and a soldier were among 10 people killed in shootings that took place over the Juneteenth weekend.

At least 44 people were injured in the violence. 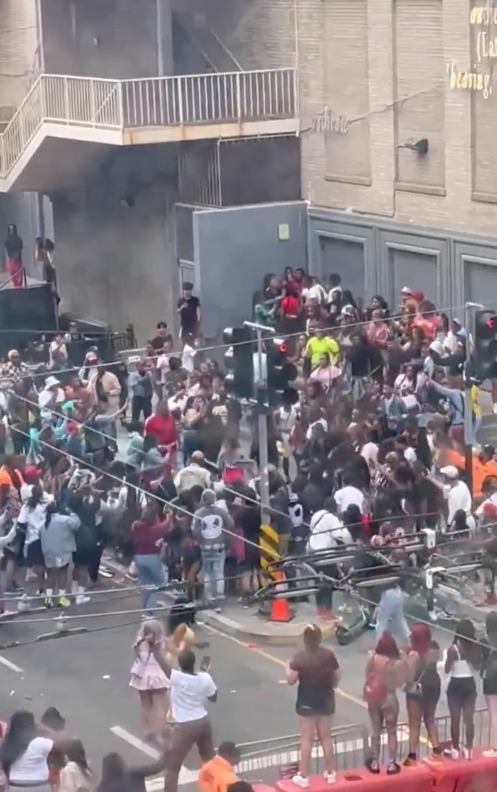