The Australian scientist on the small team of World Health Organisation experts investigating the origins of COVID-19 says he believes the virus began in China, despite WHO’s official findings remaining inconclusive.

Professor Dominic Dwyer, a microbiologist and infectious diseases expert with NSW Health, was the sole Australian among a 14-strong WHO team in Wuhan which worked to identify the source of the coronavirus pandemic.

“I think it started in China,” Professor Dwyer told Nine News. “I think the evidence for it starting elsewhere in the world is actually very limited. There is some evidence but it’s not really very good.” 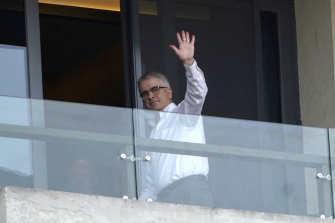 Professor Dwyer waves at journalists from a hotel room balcony in Wuhan on January 29. Credit:AP

Professor Dwyer, who is in hotel quarantine in Sydney after flying back from China on Wednesday, said the “most likely source” is that the virus came from bats before another animal such as a cat passed it on to humans.

“I think the explosion in the market in Wuhan was really an amplifying event. The virus had probably been circulating [in the community] for some good few weeks beforehand,” he said.

“The results aren’t definitive like people would expect, but that was never going to happen,” he said.

Despite some “heated” moments during the investigation, Professor Dwyer said “the cooperation between both sides was good”. 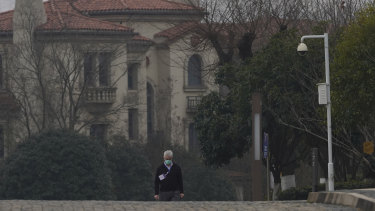 Prime Minister Scott Morrison was one of the first world leaders to call for an inquiry into the origins of COVID-19, an action which sparked a diplomatic backlash from China as it launched more than $20 billion in trade strikes on half-a-dozen Australian industries.

Professor Dwyer said the most surprising part of the investigation was the political prominence it carried.

Get our Coronavirus Update newsletter

Stay across the news you need to know related to the pandemic. Sent Monday and Thursday. Sign up here.