This year’s Atlantic hurricane season has become the most active on record after Storm Theta formed on Monday night.

Storm Theta, which has formed in the north-east Atlantic, is the 29th named storm to develop during this season.

The record was previously set in 2005 after there were 28 named storms – this season included hurricanes Katrina, Rita and Wilma. 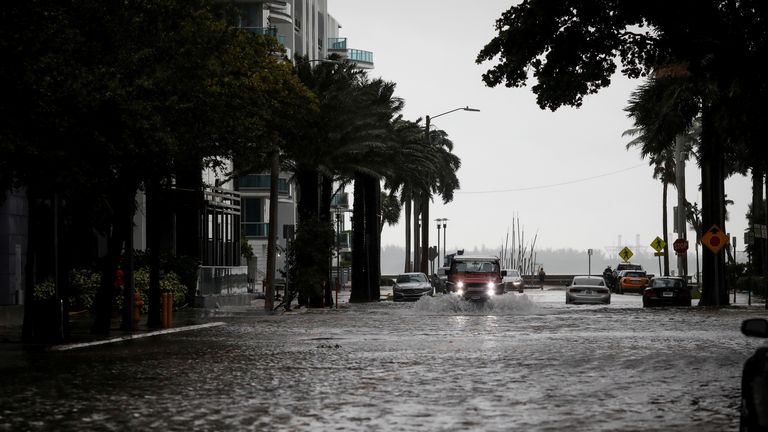 The National Hurricane Centre (NHC) in Miami said Storm Theta, which currently has sustained winds of up to 50mph, will not pose an immediate threat to land.

It formed 995 miles southwest of the Azores and is expected to move in an east-northeast direction towards Europe over the next few days, potentially strengthening in the next 12 to 24 hours.

In Guatemala, officials have said 27 people have died and there are more than 100 missing, with many affected by a landslide in San Cristobal Verapaz.

Local officials in Honduras have reported 21 deaths, but the national disaster agency has confirmed only eight.

As a result, beaches, coronavirus testing sites and schools in some districts were closed, as well as public transport being shut down. 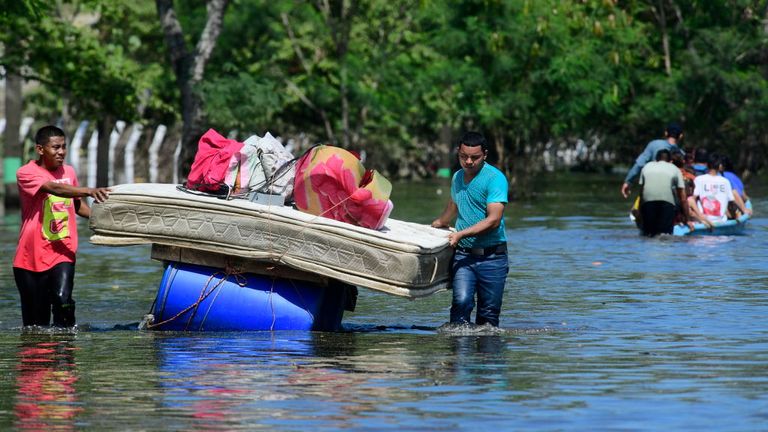 The NHC are also paying close attention to a tropical wave in the Caribbean which could develop into a storm.

Following Storm Wilfred in September, forecasters have been forced to use Greek names instead.

Atlantic storms are typically named from lists of male and female names used on a six-year rotation – these only change if there is a particularly costly or deadly storm, meaning use of its name again would be inappropriate.