ARLENE Foster has dramatically resigned as DUP leader and Northern Ireland's First Minister after her own party threatened to oust her.

Mrs Foster – who propped Theresa May up in No10 but torpedoed her Brexit deal – quit before she was kicked out. 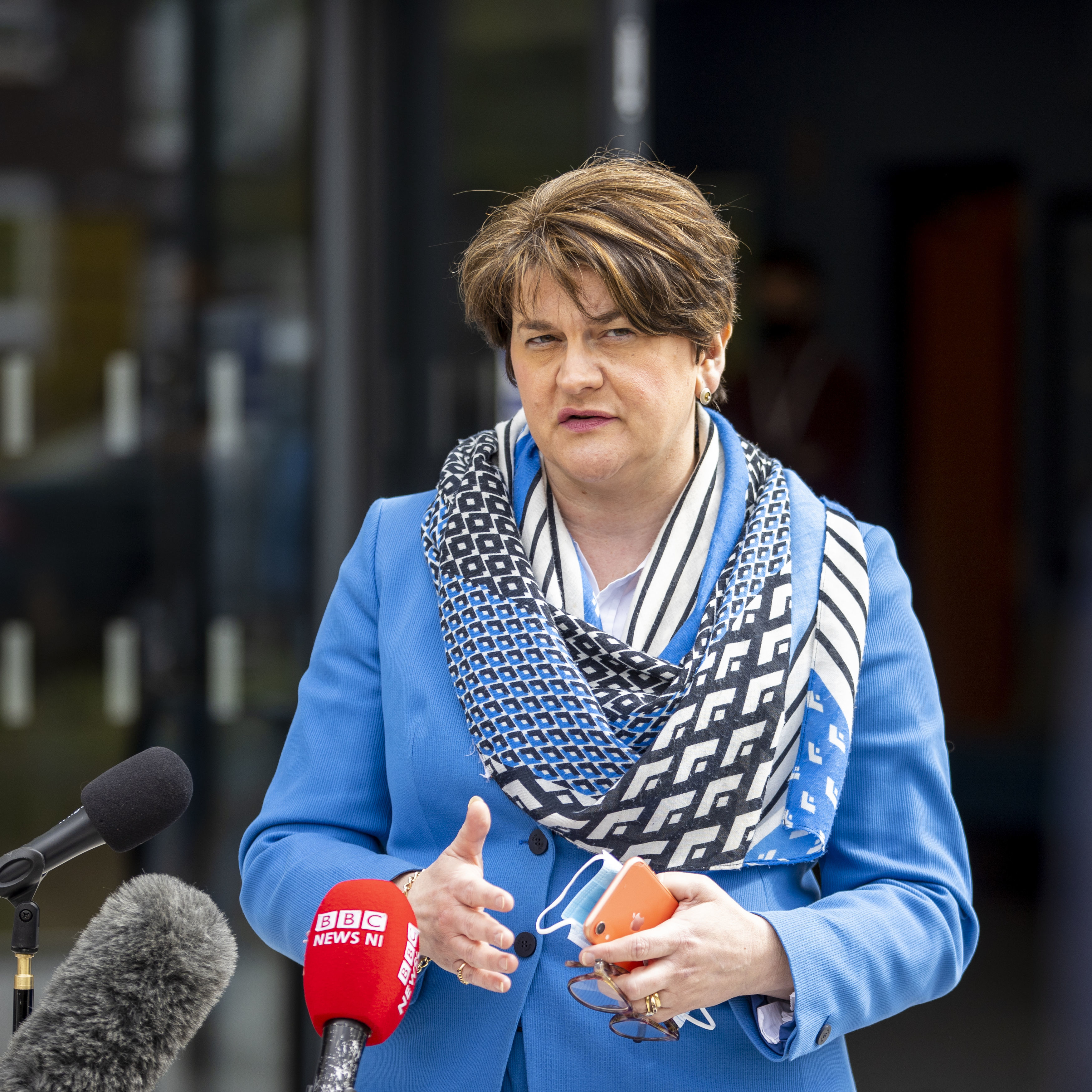 She told Sky News this afternoon that she would give way to party bosses to elect a new leader.

It comes after weeks of violence has rocked the province – partly as a result of the Brexit deal which the DUP have said splits up the UK.

In a statement, she said: "A short time ago I called the Party Chairman (Lord Morrow) to inform him that I intend to step down as leader of the Democratic Unionist Party on May 28 and as First Minister of Northern Ireland at the end of June.

"It is important to give space over the next few weeks for the party officers to make arrangements for the election of a new leader.

"When elected, I will work with the new leader on transition arrangements."

She described serving the people of Northern Ireland as "the privilege of my life".

The outgoing first minister added: "The future of unionism and Northern Ireland will not be found in division. It will only be found in sharing this place we are privileged to call home.

"I first entered the Assembly in 2003 and undoubtedly the journey of the last eighteen years has been memorable.

"There are many people who have helped and supported me throughout that period and I will always be grateful for the kindness and support shown to me by them.

"Whilst there have been many difficult and testing times for the executive it remains my firm view that Northern Ireland has been better served having local ministers at this time.

"It is unthinkable that we could have faced into the coronavirus pandemic without our own devolved ministers in place and no ministerial direction for departments."

The Northern Irish Democratic Unionist Party leader yesterday came under fire with insiders stating that they are “severely worried” about the state of the party and country.

It came after yesterday a letter was circulated amongst DUP politicians and Northern Ireland Assembly members, calling for Foster to be removed.

It is understood 22 MLAs, four MPs and one peer have already signed the document – which meant that there was a majority for a change in leadership within the party.

Secretary of State for Northern Ireland Brandon Lewis tweeted after the news today: "Arlene is a truly dedicated public servant, devoting her political career to her constituents for over 18 years and the people of NI as FM for several years.

"There are many young people, particularly young women, who will be inspired by her example to follow a path into politics.

"I wish her all the best and look forward to continuing to work with her in the days and weeks ahead, delivering for all the people of NI."

Ms Foster has previously been slammed over her handling of a botched green energy scandal which led to the collapse of Stormont for three years – and the country without leadership.

The DUP has also been rocked by recent changes to abortion laws – which have caused anger within the party.

Just earlier this week the First Minister played down rifts in the party and said she had better things to get on with than address squabbles.

She had previously said: "Stories on leadership come up from time to time, and it's one of those times."

Ms Foster played a huge role in British politics in recent years, particularly under ex-PM Mrs May when the DUP signed up to a deal to back the Conservatives after the PM lost her majority at the 2017 election.

The party was incredibly influential in the Brexit negotiations, keen to ensure that Northern Ireland continued to be tied to the rest of Great Britain.

Ms Foster boasted today that she helped secure an extra £1billion for Northern Ireland through the confidence and supply deal with the Tories.

But after Boris Johnson won back a handful of Tory seats for the party in 2019, the Conservatives were no longer as reliant on their support to get his deal through the House of Commons.

The party were opposed to the PM's deal as they said it created barriers between Northern Ireland and the rest of the UK.

Ms Foster also said today her election "broke a glass ceiling" and she was glad to have inspired more women to come into politics.

Though she admitted she and other females faced "misogynistic criticism" she urged them to rise above it.

"I want to encourage you to keep going and don't let the online lynch mobs get you down," she said.