An aristocratic landowner can build a 180ft steel sculpture celebrating the Queen after winning an appeal.

Viscount Devonport’s plans for the £2million Elizabeth Landmark in a beauty spot had been rejected by the council.

Locals near Ray Estate in Northumberland said it looked more like a ‘toothpick’.

The Planning Inspectorate has since overturned Northumberland County Council’s decision. Lord Devonport said it will ‘act as a beacon for tourists’. 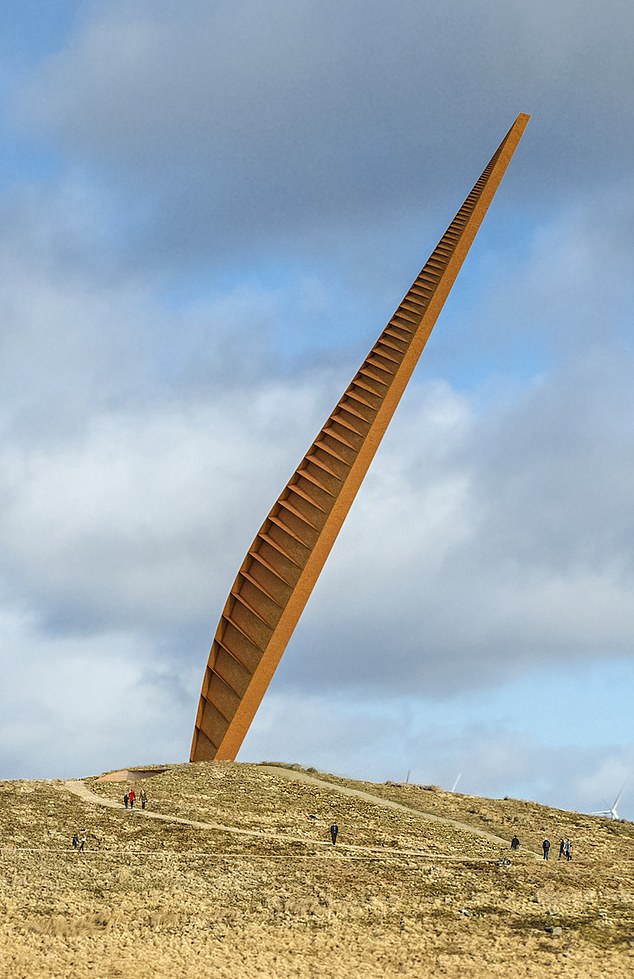 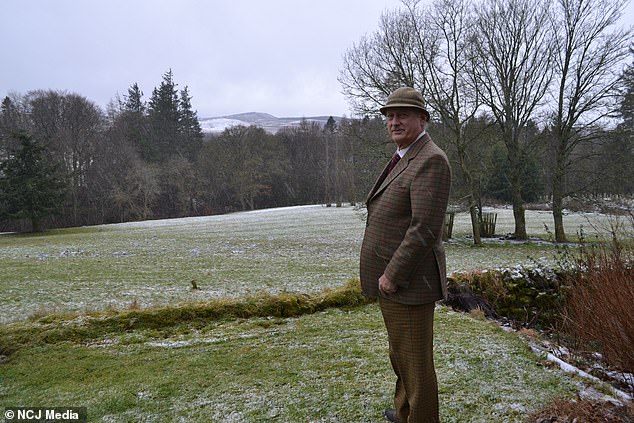 A group of around 2,000 locals, called Keep the Wannies Wild – referring to the name of a nearby ridge – had objected to the plan.

They opposed its size, three times higher than the Angel of the North, and said it was out of keeping for an isolated rural area.

The artwork was designed to look like a thin slice of hill had been removed and the raised section of the steel monument would match the slice.

Compared to a sundial, it features markings to mark the shadows cast at sunrise and sunset on the Queen’s birthday in April. But angry locals claimed it looked more like a ‘toothpick’.

The application by Viscount Devonport was for permission to build the artwork and a walking trail on his land.

In a statement, he said the development will have a ‘minimal impact on the natural environment’. 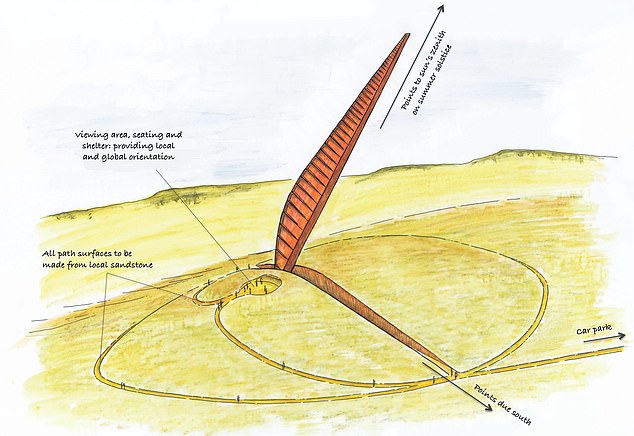 Compared to a sundial, it features markings to mark the shadows cast at sunrise and sunset on the Queen’s birthday in April. But angry locals claimed it looked more like a ‘toothpick’

He said: ‘It is our ambition to create a sculpture that is not only celebratory of Queen Elizabeth II and The Commonwealth, but which is also a magnificent piece of artwork that acts as a beacon for visitors and tourists to the region.’

Simon Hitchens, a sculptor, won the brief to develop a landmark that celebrates ‘unity, diversity and the shared heritage between The Commonwealth of Nations’, the project’s statement said.

Mr Hitchens said: ‘We still have a long road ahead of us to bring this contemporary sculpture to fruition, yet I am certain that when completed it will be a significant addition to the natural and cultural landscape of Northumberland.’