Bucharest: Romanian prosecutors have detained divisive internet personality and former professional kickboxer Andrew Tate on suspicion of human trafficking, rape and forming an organised crime group, after he reportedly gave his location away during a social media spat with environmental campaigner Greta Thunberg. 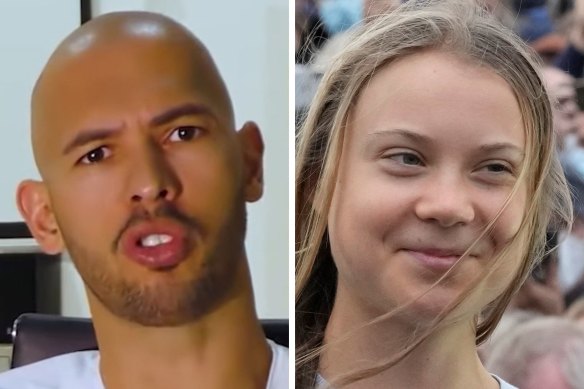 Tate, banned from many social media platforms for misogynistic comments and hate speech, and his brother Tristan would be detained for 24 hours alongside two Romanian suspects, prosecutors from the anti organised-crime unit said in a statement after raiding their properties in Bucharest.

The Tate brothers have been under criminal investigation since April.

The British national trolled Thunberg this week, posting about his petrol guzzling cars saying he owned 33 with “enormous emissions”. It culminated with him posting a video of himself with a cigar and pizza boxes printed with details of a Romanian restaurant.

Prosecutors declined to comment but their lawyer confirmed the pair had been detained.

“The four suspects … appear to have created an organised crime group with the purpose of recruiting, housing and exploiting women by forcing them to create pornographic content meant to be seen on specialised websites for a cost,” prosecutors said.

“They would have gained important sums of money.” 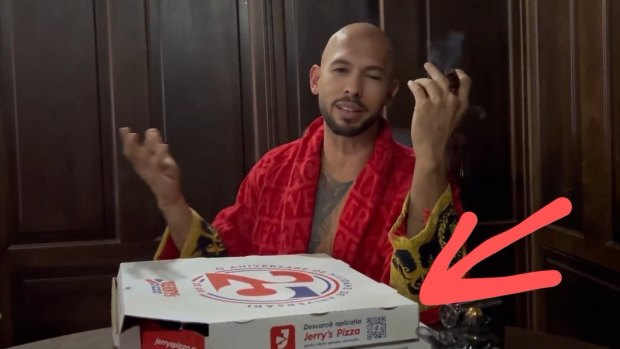 Romanian authorities needed proof that Andrew Tate was in the country so they reportedly used his social media posts. His video yesterday featured a pizza from a Romanian pizza chain, Jerry’s Pizza, confirming he was in the country.Credit:Twitter

Prosecutors said they had found six women who had been sexually exploited by the suspects.

Tate has said women are partially responsible for being raped and that they belong to men.