Revealed: How America’s super-rich are buying up exclusive London properties as plunge of pound against dollar sees prices drop by half

America’s super-rich are gobbling up homes in London’s most exclusive areas as they exploit the plunging value of the pound against the dollar.

Buyers from the US are enjoying property prices that are almost 50 per cent cheaper in dollar terms than four years ago, research shows.

Earlier this year, American billionaire Ken Griffin bought 3 Carlton Gardens for £95million, despite the home being on the market for £125million two years ago.

US buyers spent an average of £7.3 million ($9.2 million) when buying in such prime locations, up from an average of £5million over the past ten years.

In fact the proportion of London homes sold to Americans in the city’s most desirable districts has nearly doubled so far this year when compared to 2018.

Data from estate agent Knight Frank shows US buyers are second only to the Chinese when it comes to foreign purchasers of real estate in exclusive postcodes. 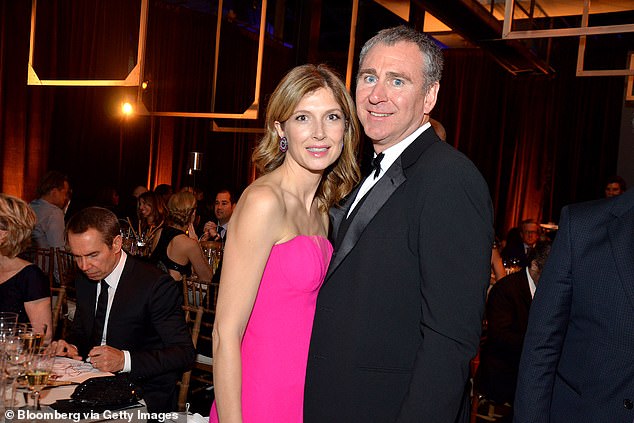 Ken Griffin, who settled a contentious divorce in 2015 with his second wife, Anne Dias Griffin (pictured with Griffin in 2013) 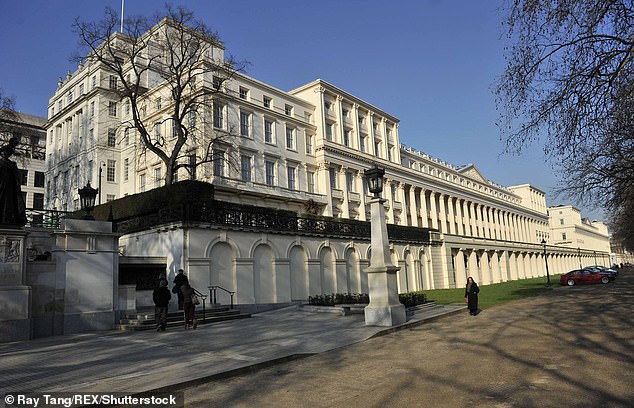 The London property, Carlton Gardens in St James’s, is the latest in a string of homes purchased by father-of-three Griffin, 50, who is worth a reported £6.8billion 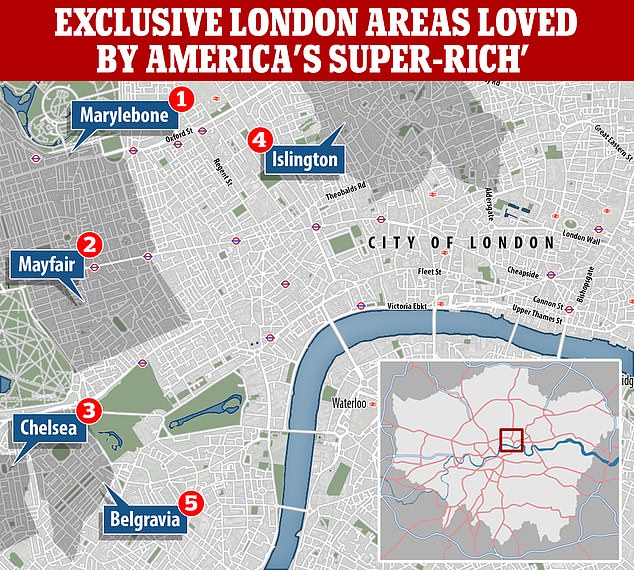 Americans’ favourite area of London is Marylebone, south of Regent’s Park, which is followed by Mayfair, Chelsea, Islington and finally Belgravia 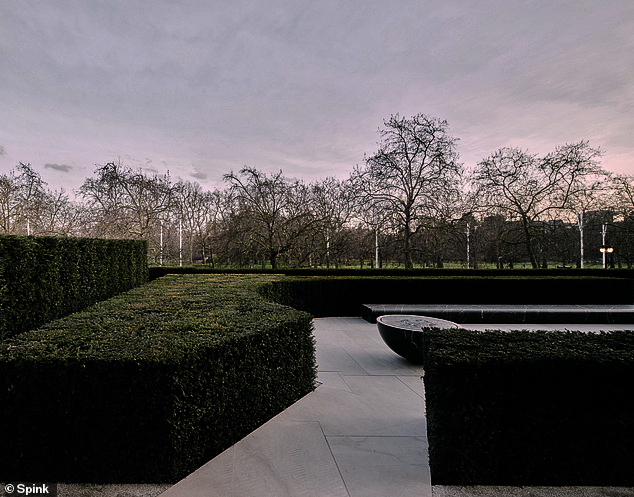 The spectacular gardens at the £95million enclave. The property is only a stones throw away from Buckingham Palace

It shows that Americans’ favourite area of London is Marylebone, south of Regent’s Park, which is followed by Mayfair, Chelsea, Islington and finally Belgravia.

In January, a billionaire bachelor paid nearly £100million for a luxury home a stone’s throw from Buckingham Palace.

Ken Griffin, the founder of Chicago-based hedge fund Citadel, snapped up the property in one of the country’s most exclusive enclaves for a record £95million.

Number 3 Carlton Gardens in St James’s, is one of a string of grand homes owned by father-of-three Griffin, 50, who is worth a reported £6.8billion.

It is thought Griffin even got the 1820s home Grade II-listed home at a £30million discount, as for the past two years it has been on the market for £125million.

The house was sold by the luxury property developer Mike Spink, who bought it for £65.5million in 2012. 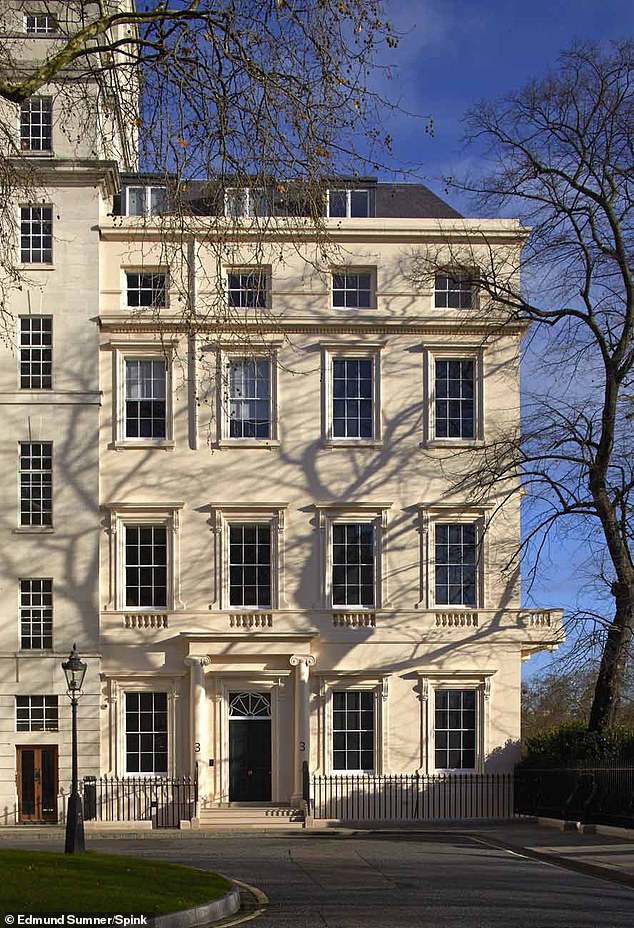 The hedge fund tycoon, runs Citadel, a hedge fund based out of Chicago that handles more than $27 billion in assets, he has splashed out of one of the most prestigious property’s in London at Carlton Gardens (pictured) 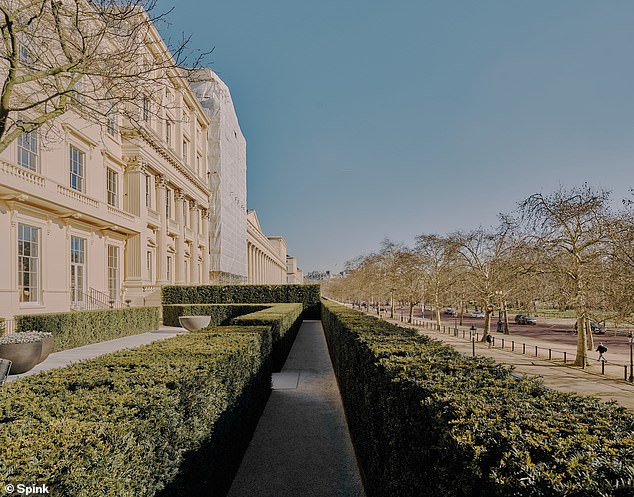 Ken Griffin, the founder and CEO of Chicago-based hedge fund Citadel, has snapped up the swish property, with comes replete with lovely gardens (pictured) 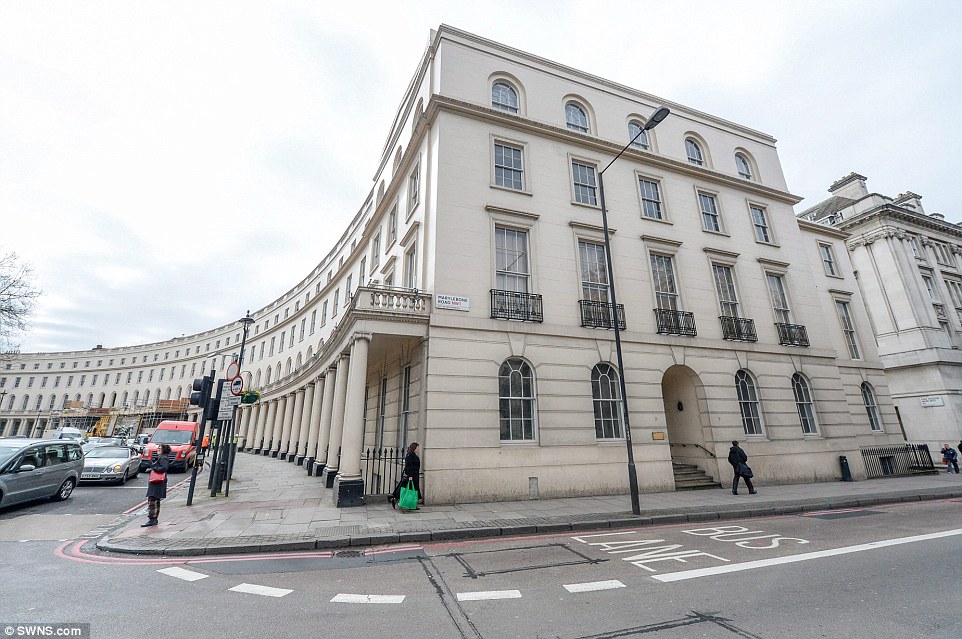 CIT, the developers behind Regent’s Crescent (pictured), a new build overlooking Regent’s Park, said it had experienced first-hand the uptick in demand from US buyers

Griffin later added a £100million flat at the Peninsula Hotel, which is due to be completed in 2012, to his property portfolio.

CIT, the developers behind Regent’s Crescent, a new build overlooking Regent’s Park, said it had experienced first-hand the uptick in demand from US buyers.

Upon completion in the second quarter of 2020, Regent’s Crescent will offer 67 Grade I listed apartments and nine Garden Villas, with prices from £2.9million.

Head of Sales at CIT, Chris Richmond, said: ‘Regent’s Crescent is a remarkable scheme that we are proud to be working on.

‘We have experienced high levels of interest from the North American market. Buyers are attracted to the building’s traditional Regency grandeur, proximity to Regent’s Park and its unique listed new build offering – as a result, circa 30 per cent of the units sold to date have gone to American buyers.’ 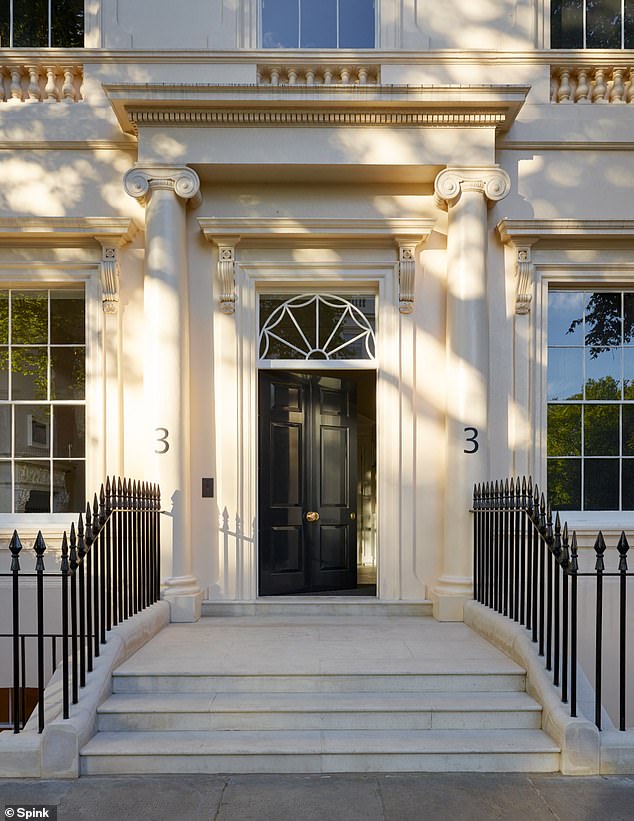 The entrance to Carlton Gardens in St James’s, which is the latest in a string of homes purchased by father-of-three Griffin, 50, who is worth a reported £6.8billion

Despite the fall in the pound, Knight Frank believes it is London’s business credentials as opposed to cut prices which are fuelling US buyers.

Liam Bailey, global head of research at Knight Frank said: ‘US buyers have been long-term players in the prime London residential market.

‘While the weak pound has undoubtedly aided the recent surge in demand from dollar based purchasers – the real driver has been the strength of the London economy over the past two years.

‘Not only has Brexit failed to have any impact, but over this period London has taken the dominant share of US corporate investment in Europe – leading to a significant uptick in demand for prime property from relocating US employees, entrepreneurs and business owners – especially from the tech sector.’ 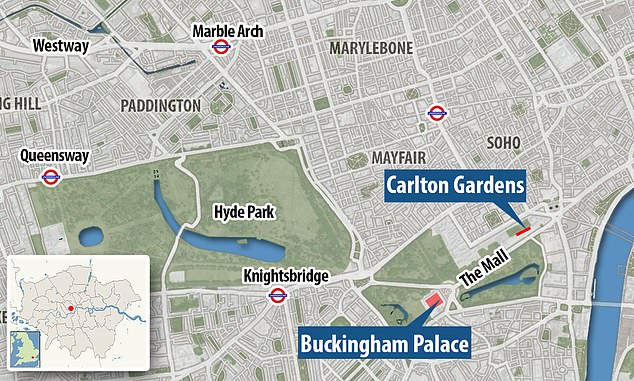