Port Fairy woman Kylie Cay survived her partner’s sustained assault with a hammer by crawling into her backyard and hiding with her dog in a kennel for an hour.

She made it to hospital where she allowed police to photograph her injuries and agreed to make a statement that would help jail Justin Garry Turner. 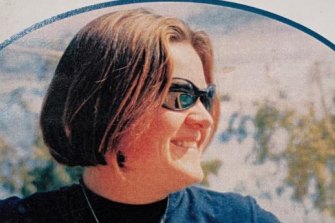 Kylie Cay died in 2016 in Port Fairy after her partner attacked her.

Ms Cay returned home and after her heroic fight for life was left to die on her bathroom floor from a ruptured spleen as a result of the injuries she suffered during the assault.

Despite her call to triple zero, Ambulance Victoria downgraded the call and cancelled an ambulance, even though one was just 700 metres away.

“The response to this by Ambulance Victoria was tone deaf and an opportunity to prevent her death was missed by the downgrading and cancellation of the ambulance,” Ms English said. 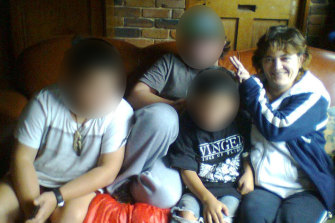 Kylie Cay, pictured with her sons.

Ms Cay’s brother Heath Cay said his kind and compassionate sister, a mother of three, begged for assistance and died at home knowing that help would never come.

“My sister could have survived her attacker,” Mr Cay said.

“But Ambulance Victoria’s inability to take family violence seriously meant that my sister’s life would be cut short.”

Ms Cay, 44, called triple zero just before 1am on June 21, 2016, hours after she was discharged from Warrnambool hospital where scans did not detect a ruptured spleen.

The triple zero operator determined the call was an urgent code 1, noting that Ms Cay was experiencing difficulty breathing, had broken ribs, had suffered a domestic violence assault and had recently been to hospital.

A clinician who reviewed the call said difficulty breathing was a common symptom of broken ribs and didn’t consider other causes, downgrading the call to a code 3, which cancelled the ambulance and triggered a call back from a paramedic.

When the paramedic called, Ms Cay told him: “Please hurry up, I’m about to go unconscious mate.”

And yet, according to the coronial findings, the paramedic – who said he was reassured by Ms Cay’s recent hospital attendance – decided the call wasn’t urgent and recommended Ms Cay get to hospital within four hours as she just needed pain relief. 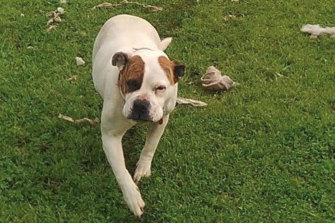 Ms Cay escaped the brutal assault by hiding with her dog.

“I can’t get to hospital, there’s no one to take me,” Ms Cay told him, according to the court.

“No, you don’t understand. There’s no one to take me.”

The call cut out and the paramedic did not call back. 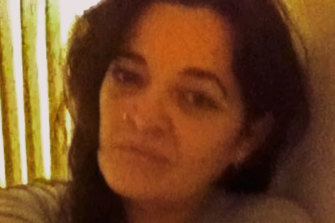 Kylie Cay’s brother said she was a kind and compassionate mother of three.

The paramedic later told the coronial investigation the fact that Ms Cay was a family violence victim was a “neutral factor” and only relevant if it were a factor in causing her injury.

His response and lack of inquiry into how Ms Cay was injured was surprising, Ms English said.

“In saying family violence was neutral or not relevant, it minimises and ignores the specificity of how the injury occurred.”

Justin Turner was jailed for a maximum of 12 years with a non-parole period of nine years in 2017.

She recommended Ambulance Victoria pay for taxis for people who couldn’t afford to take themselves to hospital.

She also called for an internal review to ensure staff had received training and education about injuries and harm caused by family violence to increase understanding of patients with acute vulnerability.

Ambulance Victoria publicly apologised to Ms Cay’s family during the inquest and stated their policies had changed.

Mr Cay pointed to the death of 32-year-old Christina Lackmann, who died at home in Caulfield North more than six hours after calling triple zero in April this year. 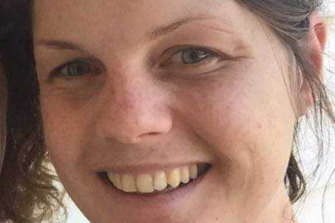 Christina Lackmann died at home waiting for ambulance this year.

Ms Cay’s partner pleaded guilty to manslaughter and was sentenced to 12 years in prison. He was the subject of an intervention order and was also on a community corrections order for family violence offences when he killed her.

Community Corrections also conceded they should have done more, the court heard. Turner was a high-risk family violence offender who had missed eight appointments and should have been breached for those unacceptable absences, Ms English identified.

Even though he had several missed appointments when a magistrate reviewed his compliance in March 2016, Corrections did not tell the magistrate.

Ms English recommended Corrections move from a handwritten to an electronic system that monitors compliance.

As part of her findings, she considered the cases of another three killers who were all on Community Correction Orders that had similar failures.

“The four cases raise concern about potential systemic issues within Corrections,” she said.

Ms Cay’s brother, represented by lawyer Jeremy King, thanked Coroner English and Supreme Court Justice Kevin Bell, who referred his sister’s case back to the coroner for investigation after he sentenced Turner.

Ms Cay was found dead by her teenage son, who had driven to his mother’s home with his grandmother when became worried. Justice Bell noted he tried to protect his grandmother, Ms Cay’s mother, from the scene by saying: “Don’t look in here Nan.”

“His words were of pure humanity in circumstances of dreadful inhumanity,” Justice Bell said.