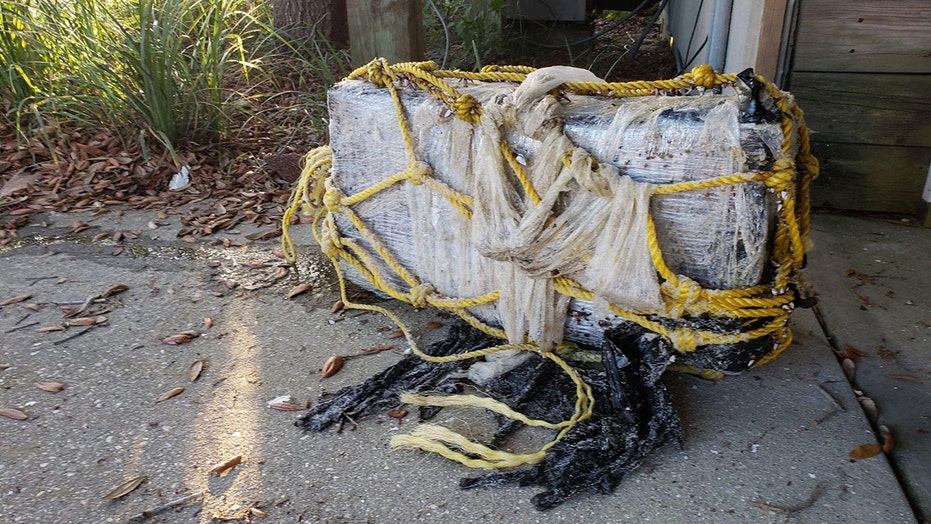 Authorities in Alabama are investigating how 21 pounds of marijuana and about 85 pounds of cocaine washed up on a beach last week.

The drugs, valued at over $1 million, were said to be tightly wrapped. It is estimated that the packages had been in the Gulf of Mexico for a significant amount of time as barnacles were found growing on the packages, WKRG reported. 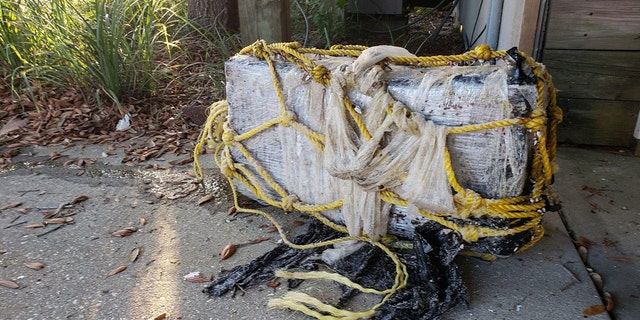 One of the packages that washed ashore a beach in Alabama.
(Orange Beach Police Department)

Investigators say someone found the first package on the shoreline which contained 21 pounds of marijuana and a kilo of cocaine. The next day, a second package was found contained 38 kilos of cocaine, or about 84 pounds.

Local officials have reached out to U.S. Customs and Border Protection and the Coast Guard to help investigate.