Scandal-hit council, social workers and police all missed catalogue of chances to save two young children from being murdered

A scandal-hit council, social workers and police have been criticised for missing several opportunities to save two young children from being murdered.

The youngsters, aged two years old and nine months old, died within four months of each other in separate incidents in Northamptonshire.

Dylan Tiffin-Brown, referred to as Child Ak, was two when he was brutally beaten by his drug dealer father Raphael Kennedy, 31, in December 2017.

In April 2018, Evelyn-Rose Muggleton was killed in Kettering, Northamptonshire, by her mother’s boyfriend, Ryan Coleman, 21, who was also a violent drug dealer.

Today Northamptonshire Safeguarding Children Board revealed that in both cases agencies ‘lost opportunities’ to potentially save them. 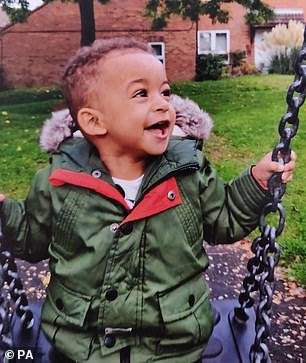 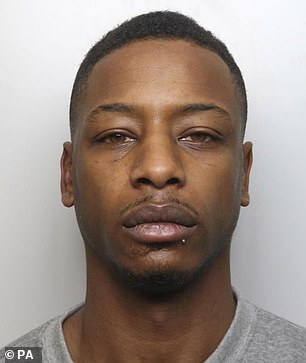 A post mortem revealed Dylan died from multiple lacerations to his liver and had traces of five different drugs, including heroin and cocaine, in his body.

Kennedy, who was only told he was Dylan’s father three weeks before the murder, was jailed for life last October.

Just weeks before his death police became aware that Dylan was in the father’s care in a property in Northampton where drugs were present. 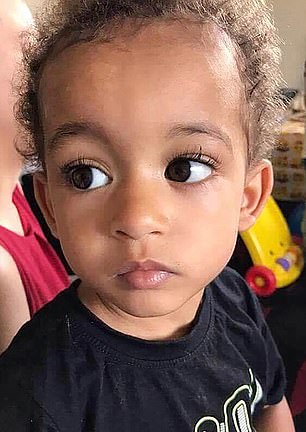 Dylan Tiffin-Brown, two, died after he was found with catastrophic injuries and cocaine in his system at a house in Northampton

There was also evidence suggesting the toddler was being left on his own for long periods of time.

The serious case review heard a social worker was allocated to him but it was judged that despite Kennedy’s criminal past, Dylan was not at risk of serious harm.

The report states: ‘[Child Ak’s] safety was seriously undermined with lost opportunities to place him at the centre of any analysis of risk.’

Chair of Northamptonshire Safeguarding Children Board (NSCB) Keith Makin said: ‘At the heart of this is a young boy, just two-years-old, who died at the hands of a violent father.

‘Perhaps chief among the learning from this tragic case is how agencies need to improve information sharing within their own organisations as well as between partners.’

The report concluded the authorities ‘failed to fully appreciate the significance of [father’s] chronic history of domestic abuse and extensive history with the police for drug-related offences.’

The report found a section 47 enquiry, which compels child protection officers to investigate at risk children, should have been triggered earlier.

The review stated that in October 2017 – just two months before Dylan’s death – there were ‘certainly more risk factors than protective factors.’ 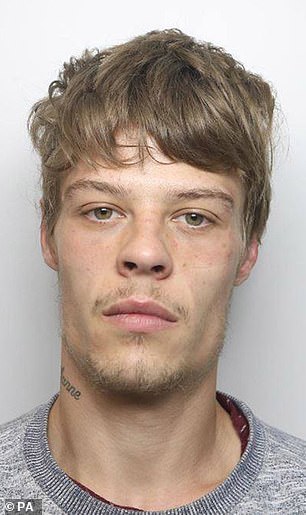 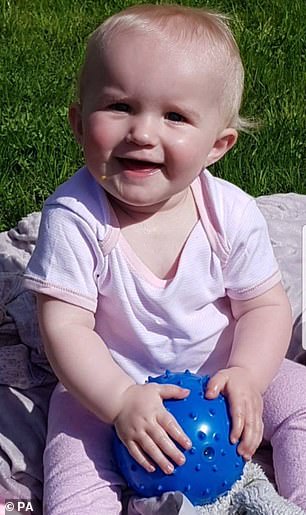 In April 2018, Evelyn-Rose Muggleton, right, was killed in Kettering, Northamptonshire, by her mother’s boyfriend, Ryan Coleman, left, who was also a violent drug dealer

In the second case, nine-month-old Evelyn-Rose Muggleton was killed by Ryan Coleman – who was also a violent drug dealer.

Evelyn-Rose, who suffered 31 injuries including multiple bruising and damage to both eyes, was killed despite warnings about Coleman’s ‘significant’ criminal behaviour.

The review found there had again been ‘several areas of weakness’ among the agencies which amounted to a ‘lack of professional curiosity.’

The review found two social workers were monitoring her welfare but ‘paid little attention to children’s welfare’ and had allowed the situation to ‘drift.’ 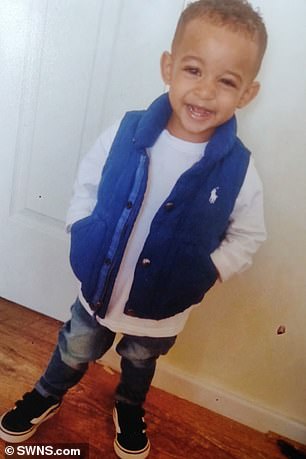 Pictured: Dylan Tiffin-Brown. A full investigation has been held into the county council’s involvement in the life of the Northampton toddler

Mr Makin said: ‘Agencies collectively failed to share information that may have built up an overall picture of low-level neglect that would have ensured more effective intervention than what actually happened.

‘This was a highly vulnerable young woman with five children and there was an identified lack of professional curiosity when her new partner entered the family home.

‘There is no doubt that these two high profile cases will raise genuine concerns about some elements of the child safeguarding sector in Northamptonshire at this time.

‘Ultimately, it seems unlikely that anything could have been done to prevent the single, catastrophic incidents which led to these, but every effort is now going in to preventing a repeat of these tragic cases.’

Sally Hodges, director of Children Services at Northamptonshire County Council, apologised to the families, admitting there had been ‘systemic faults’.

Speaking on Dylan’s murder, she said: ‘We let this little boy down and we deeply regret that more was not done to protect him from his violent and abusive father.

‘The systemic faults in our system and management practice at that time were simply not acceptable and contributed to this child being left in the care of his father who ultimately murdered him.

‘Serious or significant harm to a child are the section 47 criteria and the report is very clear it was an error of judgement that should’ve been a section 47 in relation to the case of Child Ak.

‘It wasn’t done and that was a mistake.’

Addressing the death of Evelyn-Rose, she said: ‘There is simply no excuse that agencies failed to share information amongst each other which, if put together earlier, would have led to a far more realistic picture of the risks this child was facing.

‘For our part in this failure and for the poor decisions made within social care we are truly sorry. We let this child down.

‘There has been a number of disciplinary outcomes, we have had people who have left the authority in relation to these particular cases.’

Last year the government took over the children’s services department of Northamptonshire County Council after a report found people in its care were at ‘potential risk’.

Northamptonshire Police Assistant Chief Constable Simon Blatchly said: ‘I can’t guarantee that another child will not die, but we will do everything possible that the policing side and working with the partners, we can do the most possible to prevent this happening again.’