‘We can be killed at any time’: Afghan translators tell of their fear as UN report warns Taliban are plotting revenge against those who worked with the West

Heroic Afghan translators last night told how they feared for their lives – as a UN report warned the Taliban are secretly plotting revenge against those who worked with the West.

The interpreters blasted Dominic Raab’s failure to make a critical phone call before the fall of Kabul as a ‘betrayal’. They said the danger they faced was ‘critical’.

The Mail can reveal that at least six translators, who have already been granted sanctuary in the UK but had recently returned to bring their families to join them, are now stranded in Kabul in a red tape nightmare. 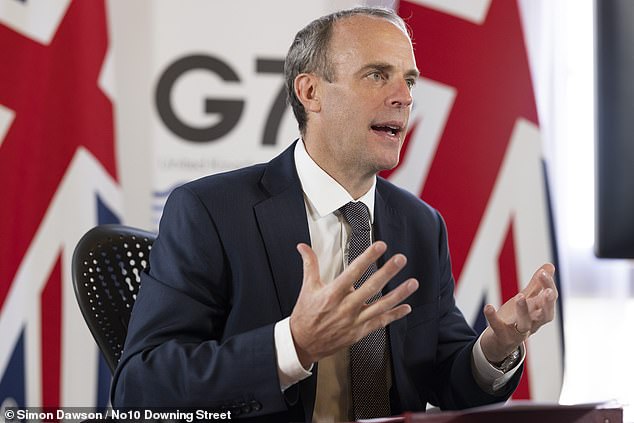 Mr Raab rejected advice from his senior officials to call the Afghan foreign minister Haneef Atmar last Friday. He was in Greece on holiday, and within two days Kabul fell to the Taliban.

One former translator, Rafi Hottak, 35, who is now in the UK, said: ‘I’m shocked. How could somebody do something like that in this chaotic situation?

‘The interpreters and their families could be killed at any time. I’m a British citizen. Was he too busy to look after the families of British citizens in Afghanistan? If he was too busy during his holidays to help, shame on him.’

Waheed, who spent three years with UK forces and is waiting with his wife and two children for a flight out of Afghanistan, said: ‘The situation was critical. He would have known that. Was his holiday too important?

‘Each flight has carried around 200 people. It is an emergency. Anything to make things move quicker must be worth trying. Every minute lost could cost a life.’

Abdul, a father of four and veteran of the front lines, who is also waiting to fly to the UK, said: ‘It is hard to explain why a politician would not pick up a telephone if there is the smallest chance it would make a difference. It is disappointing.’

The UN dossier warned that Taliban commanders were instructing their gunmen to arrest Afghans who worked with the fallen government and the West – and should they resist, to ‘kill or arrest’ their wives, children and other family members. It shatters Taliban promises that they will recognise the civil liberties which have been enjoyed by Afghans in recent years. 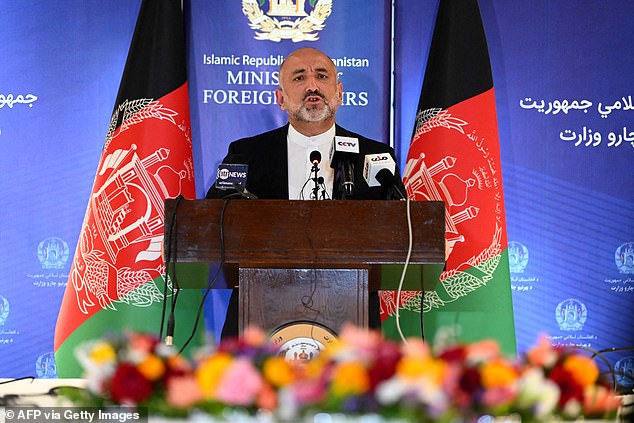 Christian Nelleman, head of the group providing intelligence to the UN, said that a Taliban door-to-door hunt was under way for people on their wanted list and warned it could lead to mass executions.

More than 100 guards at the British embassy in Kabul have been told they will not get protection from the UK Government.

Many of the security staff have reportedly been told they are being let go from their jobs. Since they were hired via an outsourced contractor, rather than the Government directly, most have been told they will not be eligible for protection.

In contrast, more than 100 guards doing the same work for the American embassy, under a separate contract with the same global security firm – GardaWorld – have been evacuated and others were receiving support from the US embassy, a source at the company told the Guardian.

Nick Thomas-Symonds, the Shadow Home Secretary, hit out at Dominic Raab, saying: ‘Yet again the Foreign Secretary has made a dangerous blunder.’ The MoD said guards were welcome to reapply for the relocation scheme. A Foreign Office spokesman added: ‘We are monitoring the situation with GardaWorld closely.’

He said: ‘They have lists of individuals and even within the very first hours of moving into Kabul they began a search of former government employees – especially in intelligence services and the special forces units.’

Among the translators trapped in Kabul are six who are now British citizens after being flown to sanctuary several years ago. But they had returned to bring their wives and children to join them in the UK. The men are not being offered places on the ‘Freedom Flights’ – even though their families are.

They have had to wait for visas for their wives and children – and that can take several years.

Several families’ visas were granted earlier this year. As is customary, their husbands flew out to Kabul to help process their passports at the British Embassy and accompany them back to the UK.

But the men were stranded when the Taliban swept across the country and into Kabul. They now control the roads to the international airport, the only escape route. In the confusion around flights rescuing UK citizens and Afghans, emails granting permission to travel are being sent for wives but not for their husbands. The wives cannot get through Taliban lines if unaccompanied by the men.

One of them, former translator Amir, said: ‘It is a very difficult situation. I received an email for my wife and kids but nothing for me and they are unable to travel without me being there.’ The 28-year-old, from Glasgow, said he, his wife, their five-year-old son and daughter, two, spent 18 hours trying to reach the airport.

He said that so many people were besieging the airport that the US forces unleashed tear gas, terrifying his wife and children.

‘It is very dangerous for us in the city with militant Taliban and it is becoming worse,’ he said. ‘It seems impossible to reach anyone to try and put my name on the list.’

He and another translator Ahmad spoke to the Mail’s award-winning Betrayal of the Brave campaign, which has highlighted the plight of Afghans who helped our forces, to try to ‘alert the Government before it is too late, the flights stop and we are found by the Taliban’.

Ahmad, 30, who spent four years with UK forces in Helmand before relocating to Manchester in 2015, said: ‘There is no one we can reach. It is critical. We have to return to hiding and we are stuck. I don’t know what to do.’

Ed Aitken, a founding member of the Sulha Alliance, which campaigns for the rights of interpreters, warned: ‘These brave and deserving men cannot be left behind.’